TWO people are missing and five are injured after a boat accident left a huge hole in the vessel.

Reports of the incident started to emerge just after 3.30pm ET on Friday afternoon. 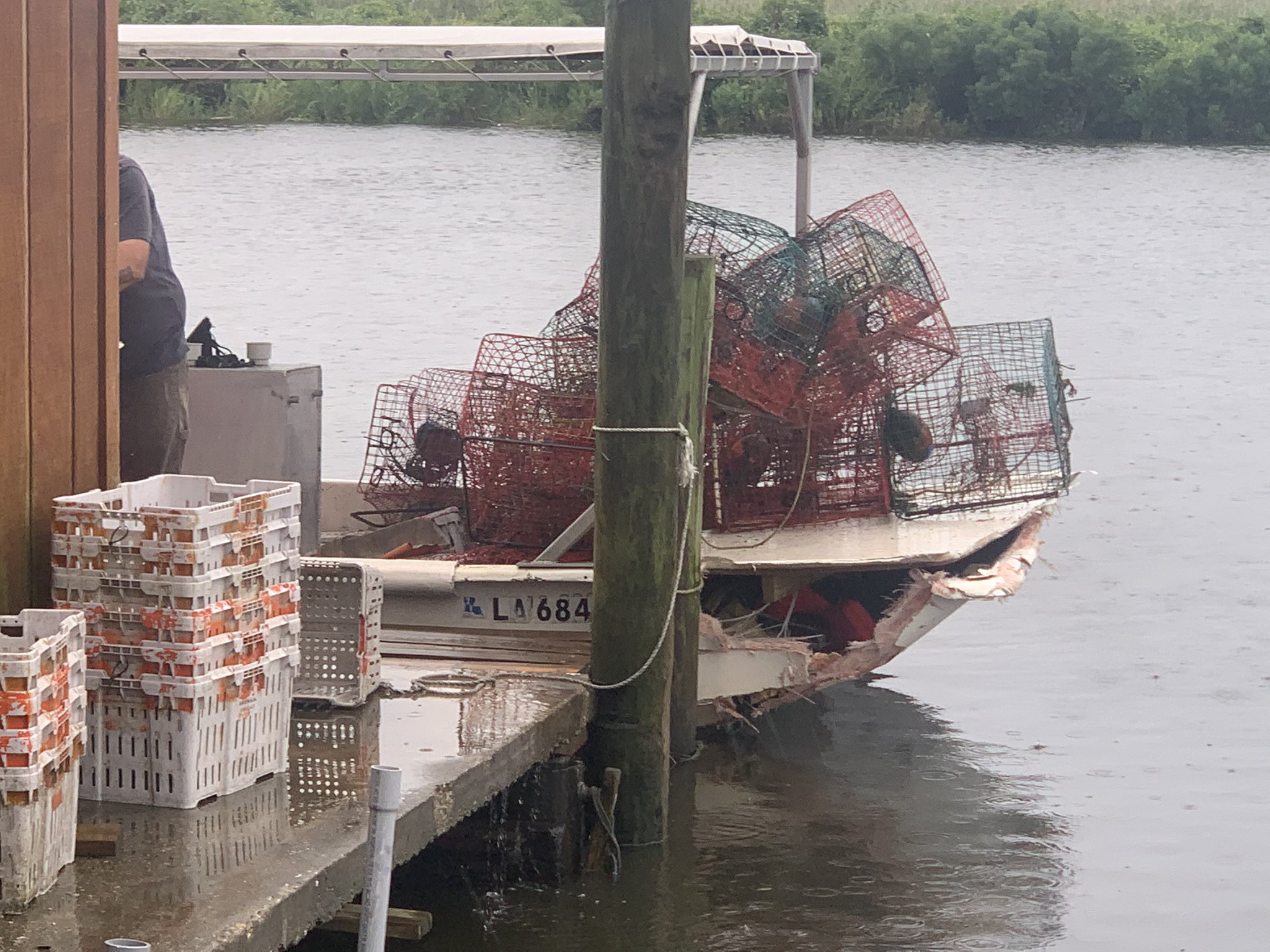 The boat could be seen with a huge hole at the front of the watercraft, with numerous fishing crates on board.

US Coast Guard Heartland and The Department of Wildlife and Fisheries were aiding in the search.

Photographs from the scene also showed firetrucks in the area, near Delacroix Island.