TWO men were chased and beaten by knife-wielding thugs in a "shocking" racist attack early this morning.

One victim suffered suspected stab wounds while the other received a chest injury from an unknown weapon in the incident in Liverpool city centre. 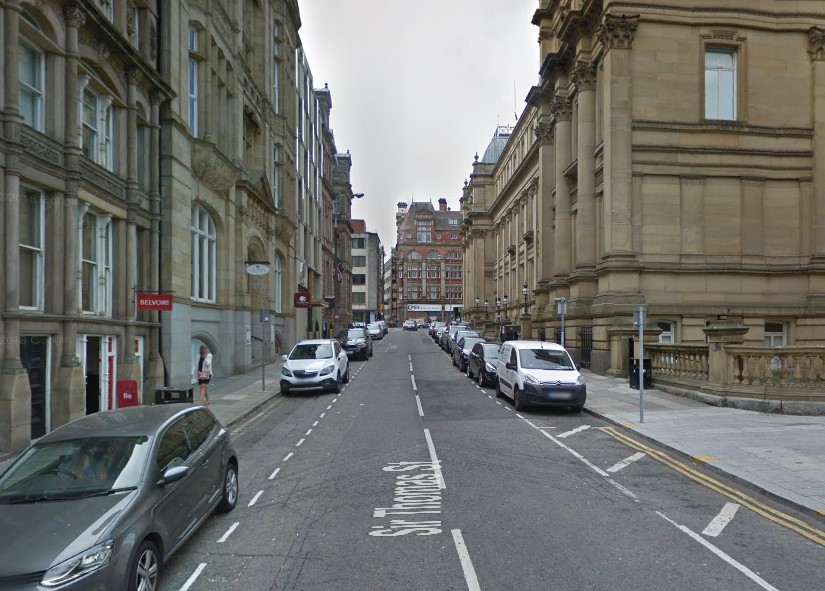 The suspects are described as white and in their 20s.

Both victims, in their 20s, are recovering in hospital following the racially aggravated assault in Sir Thomas Street at about 5.40am.

CCTV, witness and forensics inquiries are ongoing and cordons are in place in the area.

Detective Inspector Laura Parr said: "We're looking to establish exactly what happened and speak to anyone in the vicinity of the location who saw the victims being chased or the incident itself.

"If you live or work locally, please check CCTV, dashcam and any other devices as a small detail or image could be vital.

"Such violence will have been shocking to witness and exacerbated by what we believe were racially abusive comments.

"We will always thoroughly investigate serious violence and hate crime, and do everything within our powers to ensure that those responsible are put before the courts.

"Tell us what you know and we will take action."

You can also call 101 or contact the independent charity Crimestoppers anonymously, on 0800 555 111, or via their online form.