Two secret portraits by Britain’s beloved artist J.M.W. Turner have been discovered hidden beneath one of his famous landscape paintings.

The portraits, thought to depict the artist’s mother and artist Thomas Girtin, were uncovered beneath a landscape painted in the early 1800s.

Joseph Mallord William Turner’s ‘Mountain Scene with Castle, probably Martigny’ landscape was being prepared for a touring exhibition as part of the Tate collection when a paintings conservator made the astounding discovery.

Susan Breen said it is the first time in her career she has come across anything as rare. 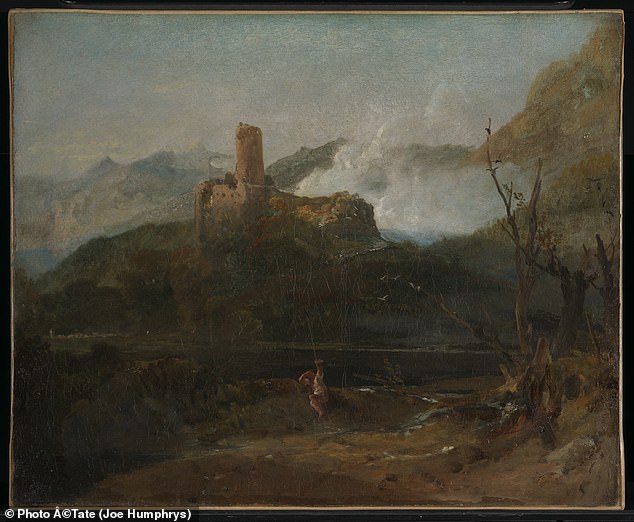 Joseph Mallord William Turner’s ‘Mountain Scene with Castle, probably Martigny’ landscape was being prepared for a touring exhibition when a conservator made the discovery

She revealed the portraits while removing dirt and varnish from the canvas to prepare it for the tour, and subjecting the painting to infrared reflectography and x-radiography tests.

Writing in Tate Etc, the Tate’s art magazine, Ms Breen said: ‘In all my years as a paintings conservator at Tate, I have discovered many instances where artists have reworked and reused canvases, covering up earlier subjects or making (sometimes dramatic) changes to the composition.

‘But never have I uncovered works as rare as these two hidden paintings.’ 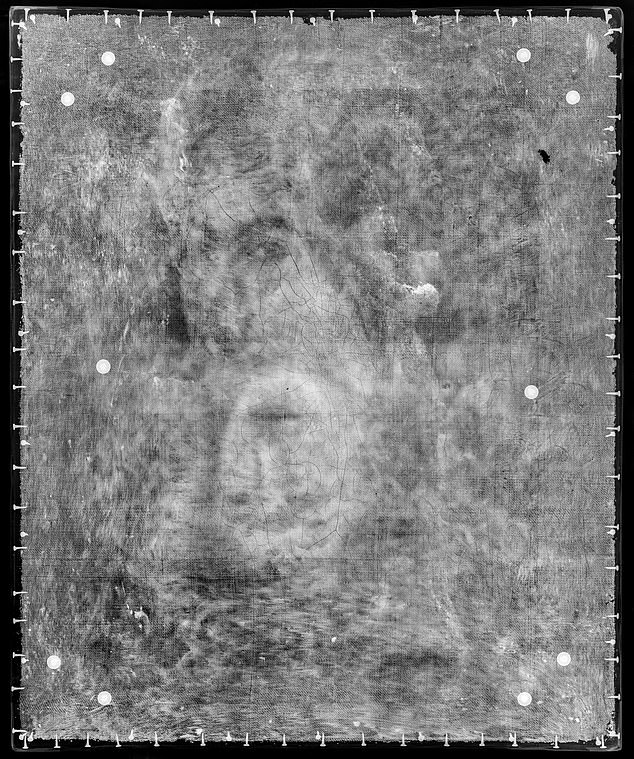 The ‘thin-lipped and probably dark-haired woman’ could possibly be his mother Mary Turner née Marshall, although there are no records of Turner being comissioned for portraits 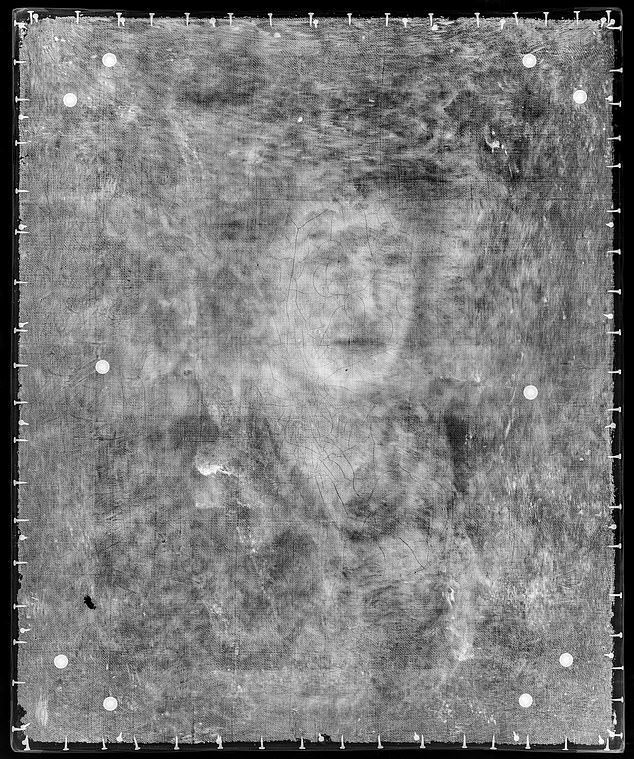 The second portrait features a ‘heavy-browed, youthful male with a strong nose, and dark intense eyes’, which could be a portrait of watercolourist and etcher Thomas Girtin

The portraits are a break in style from the work Turner is best known for, and there are no records of him being comissioned to paint portraits.

Instead, the Romantic painter and watercolourist, who is buried in St Paul’s Cathedral in London, is most famous for his bold landscapes and marine scenes.

His work and unique painting techniques heavily influenced artistic movements such as Impressionism.

The two figures represented in the miraculous portraits are believed to be his mother and an artist contemporary of Turner’s.

The revealtions in the Tate Etc, published three times a year, suggest that the ‘thin-lipped and probably dark-haired woman’ could possibly be his mother Mary Turner née Marshall. 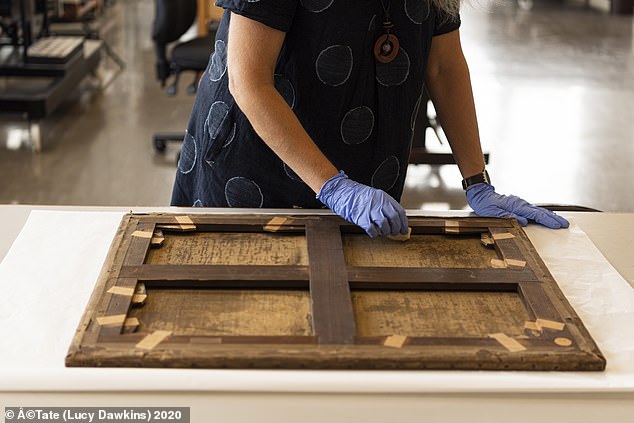 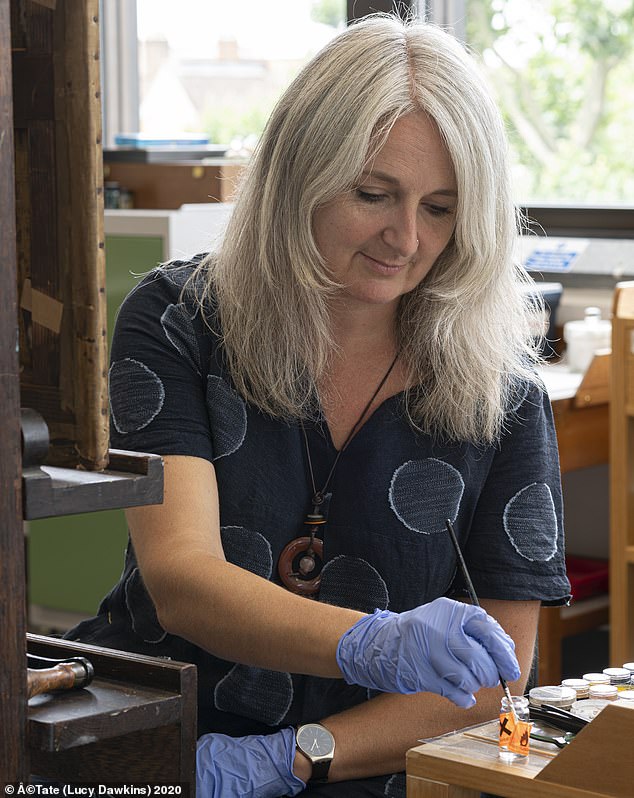 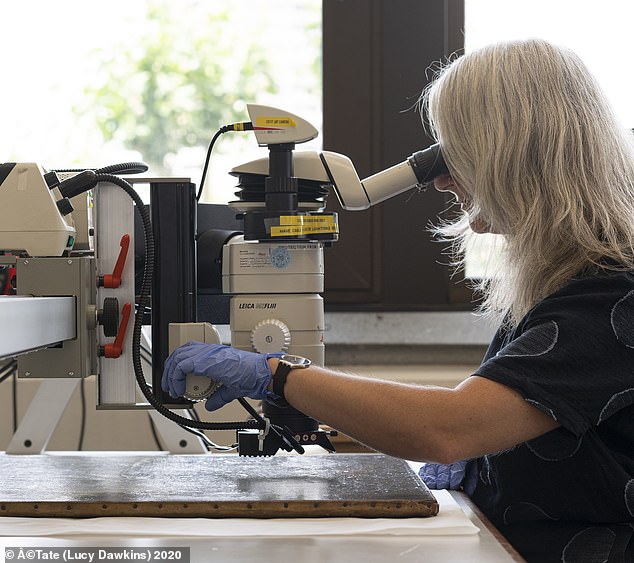 The portraits, thought to depict the artist’s mother and artist Thomas Girtin, were uncovered beneath a landscape painted in the early 1800s

It matches the description of an unfinished early painting of Turner’s, described as a figure with an ‘aquiline nose’, ‘hair well frizzed’ and wearing ‘a cap with large flappers’.

Mary Turner was said to have suffered from severe mental health problems and spent many of her later years in asylums.

The second portrait stands at 180 degrees from the first, indicating that Turner flipped the canvas between the works.

It was common for artists to reuse canvases around the time Turner was working, as artists materials were expensive. 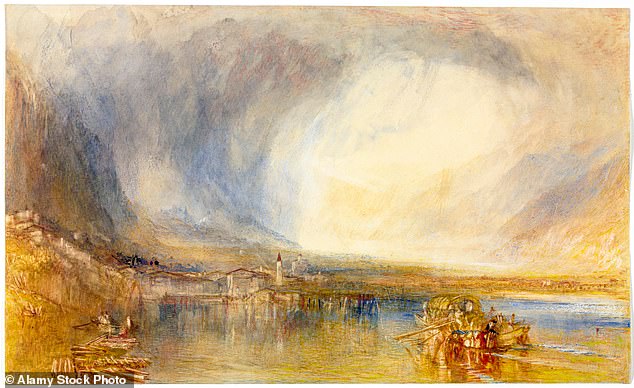 This landscape painting, composed by Turner in 1840, shows his bold use of colour when bringing pastoral scenes and sea scapes to life 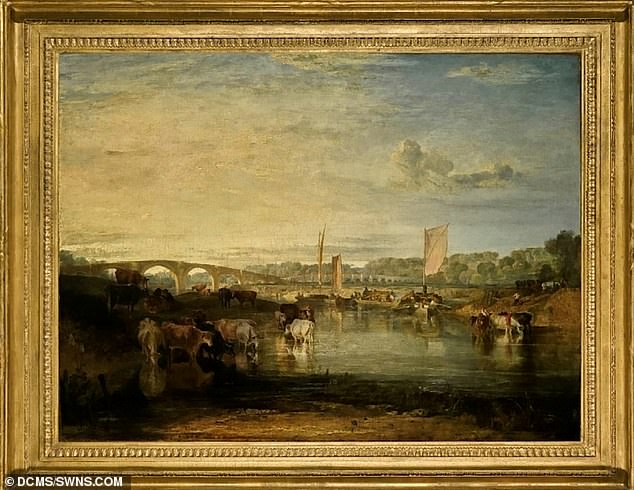 This 1806 masterpiece by Turner, titled Walton Bridges, shows the double-span bridge that ran across the River Thames between the locks at Sunbury and Shepperton in Surrey

The second portrait features  a ‘heavy-browed, youthful male with a strong nose, and dark intense eyes’.

Tate suggests in its members’ magazine that this could be a portrait of watercolourist and etcher Thomas Girtin, painted shortly before the young artist’s death.

Girtin was only 27-years-old when he died of consumption in 1802, but Turner is said to have viewed the talented youngster as a artistic equal.

After his early death, her reportedly remarked: “Had Tom Girtin lived I should have starved.”

Turner’s works are due to be presented at the Modern World exhibition at Tate Britain next month.

Who was JMW Turner? 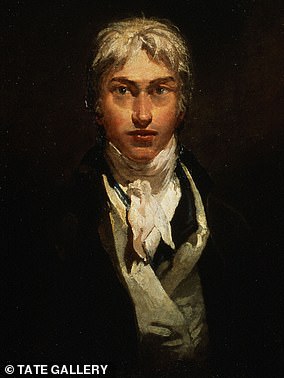 Joseph Mallord William Turner was born in Covent Garden, London in 1775 and studied at the Royal Academy.

He was renowned for touring during the summer creating sketches which he would develop in his studio over the winter months.

His work soon attracted considerable attention and was regarded as one of the best painters of his generation.

By 1800, he was able to afford his own central London gallery where he displayed watercolours completed from the sketches during his earlier tours.

He was renowned for his English landscapes although in 1817 he visited Holland and Belgium to wander the site of the Battle of Waterloo, which resulted in his 1818 masterpiece The Field of Waterloo.

He also travelled widely in France and Italy to find inspiration for new artworks.

His painting the Fighting Temeraire – was inspired by a chance sighting of the vessel as it was being towed up the River Thames in 1839 by a steam tug where it was to be scrapped.

The HMS Temeraire was part of Nelson’s fleet at the Battle of Trafalgar in 1805.