This is the amazing two-headed Californian king snake called Tom & Jerry who is a star attraction at the Reptile Expo in Villeneuve, Switzerland.

The event is Europe’s largest travelling reptile exhibition with more than 200 creatures on show.

The snake, Lampropeltis getulus californiae, will be on display at the arena until March 3, 2019.

Despite his fearsome looks, Tom & Jerry is not especially dangerous to humans, but the Californian King Snake is known to attack other snakes and is immune from the venom of killers such as rattlesnakes.

Although, the Californian King Snake has been known to act as a cannibal. 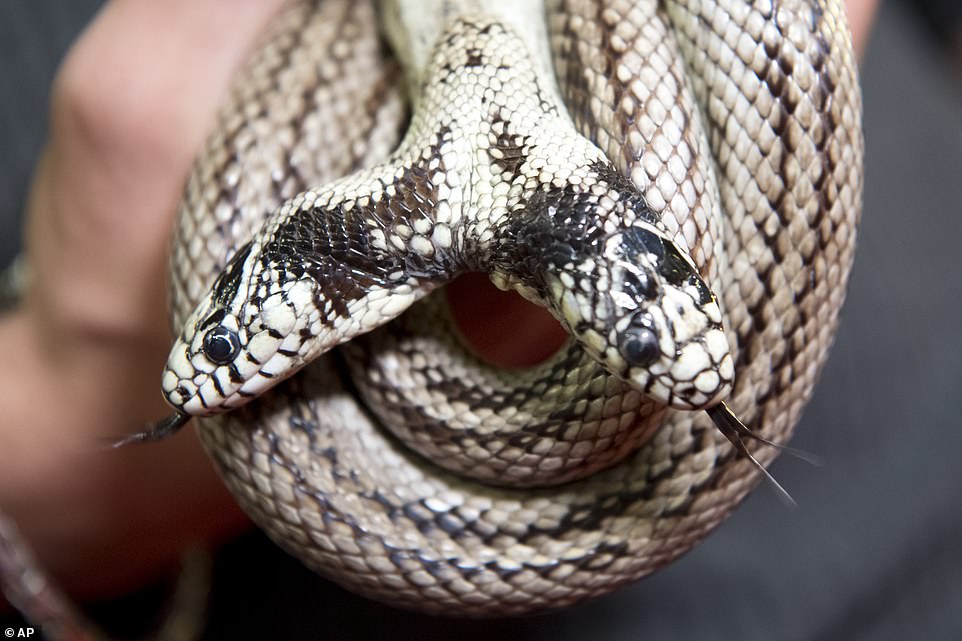 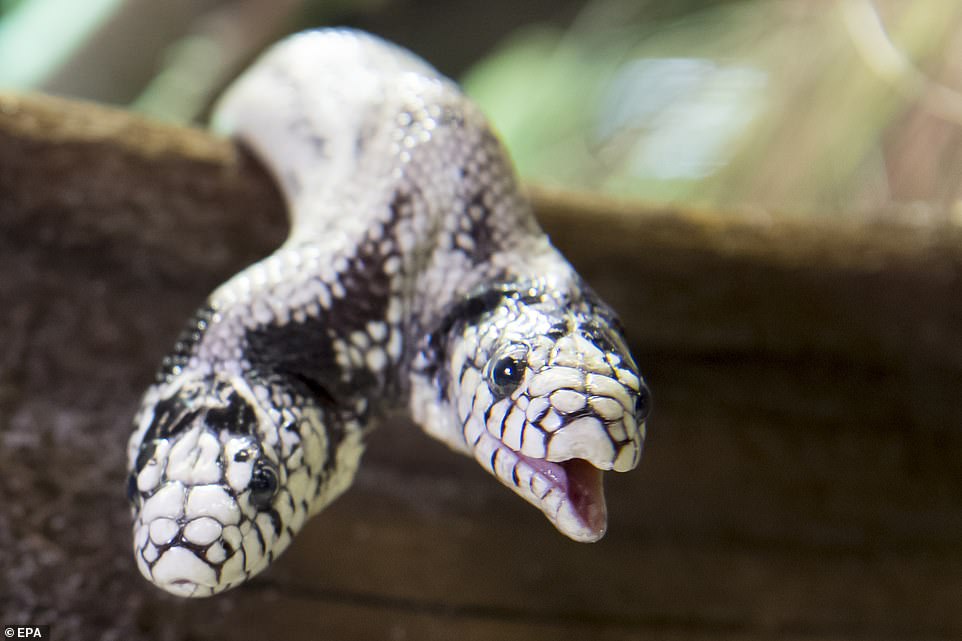 Tom and Jerry could possibly live for 30 years in captivity. He is part of the Reptiles Expo tour in Villeneuve, Switzerland 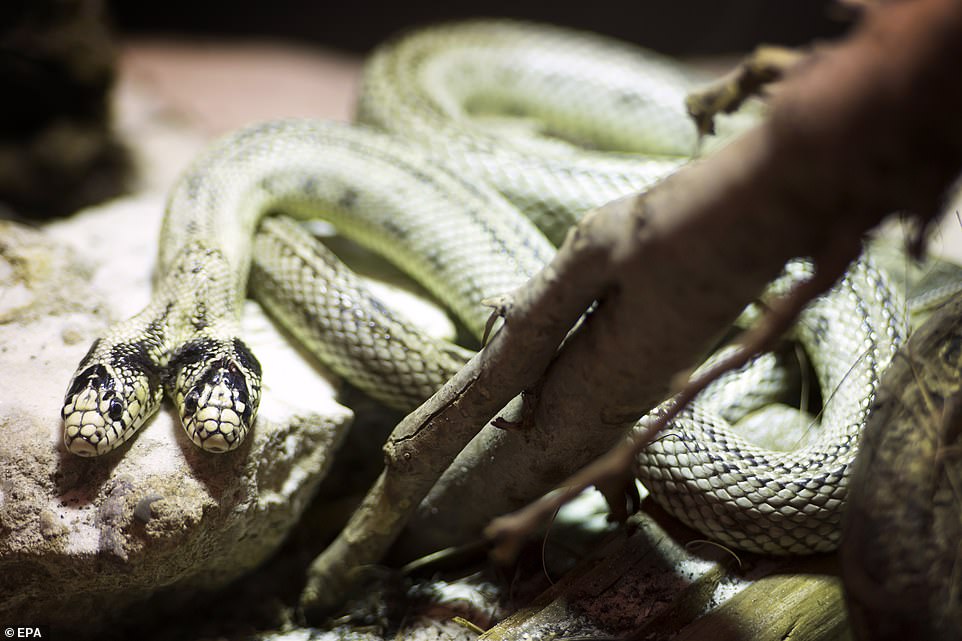