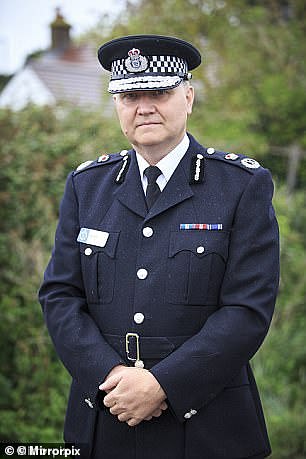 Two drones discovered by police near Gatwick Airport have been ruled out of involvement in the incident which disrupted hundreds of flights before Christmas.

Sussex chief constable Giles York said that police in the area have searched 26 potential drone launch sites near the airport but have not yet found the drone believed to have be flown near runways on December 19 and 20.

Mr York also apologised to Paul Gait and Elaine Kirk who said they felt ‘violated’ after being questioned for 36 hours in custody before being ruled out from causing the disruption.

Earlier this week finger prints on a damaged drone found close to the airport were found not to have matched any known ‘eco warriors’ who could have been responsible.  A police source told the MailOnline that the fingerprints were of someone ‘not known by police’.

Speaking to BBC Radio 4’s Today programme Mr York said he didn’t think the force had found the drone responsible for the chaos.

‘I think the fact that we have found two drones so far as a result of this does show the extent of the search that has been carried out. I am led to believe that we are able to rules those drones out of this investigation at this time.’

‘I’m absolutely certain that there was a drone flying throughout the period that the airport was closed’.

Police received 115 reports of sightings in the area, including 92 which have been confirmed as coming from ‘credible people’, he said.

Mr York went on to say that he was ‘really sorry’to Paul Gait and Elaine Kirk, who said they felt ‘violated’ after being questioned for 36 hours in custody before being ruled out of involvement in the disruption of Gatwick.

However, he said he was ‘convinced that the grounds for arrest – the lawful suspicion – in the first instance was well founded’. 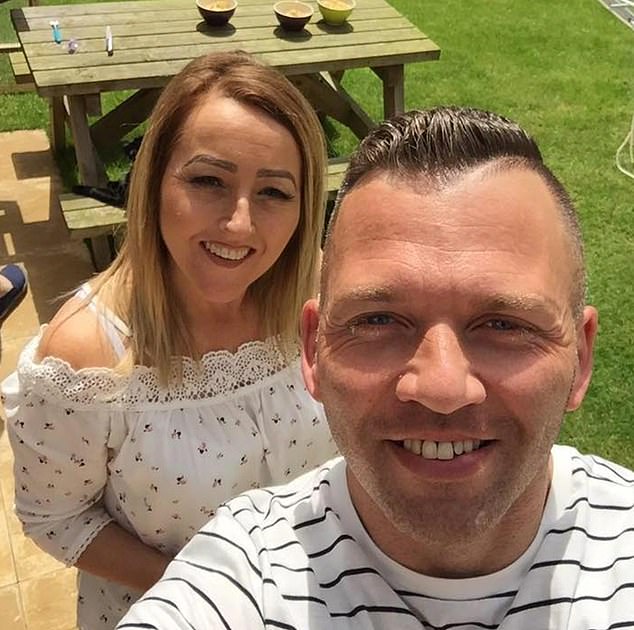 ‘I’m really sorry for what he has experienced and the feeling of violation around it.

‘I am really sorry for what he went through, but the reason why we held him was so that we could dispel everything in the first instance. What might have been worse as an experience for him would have been to be released under investigation still.

‘We are able to exhaust all our lines of inquiry on that first instance and, however hard it is, able to release him from police custody saying he is no longer a suspect in this line of inquiry. 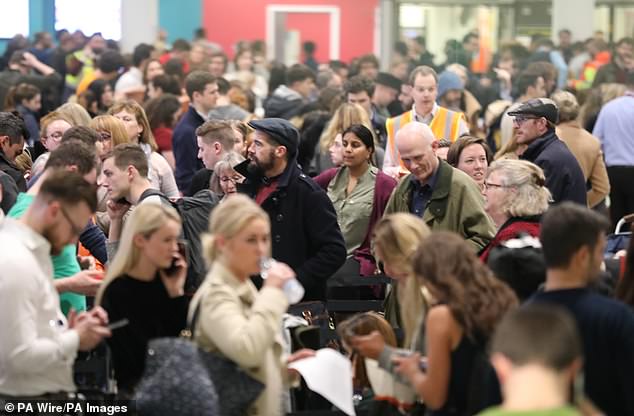 ‘That’s why we took the time – in order to allow him the best opportunity to put his life back on the rails.’

Mr York confirmed that military technology was now in place at Gatwick, though he declined to identify the nature of the equipment.

‘The systems that are in place today are dramatically different to what was in place a week ago,’ he told said.

Asked whether he could rule out a repeat of last week’s disruption, Mr York said: ‘I don’t think you can ever rule out anything happening again.

‘But what we can say is what is at the heart of this is ensuring it is safe for the aircraft to take off and that’s the different position that Gatwick Airport finds itself in today’, he added.

Earlier this week finger prints on a damaged drone found close to Gatwick airport were found not to have matched any known ‘eco warriors’ who could have been responsible. Officers revealed last weekend they had found a broken drone in a field near the airport that they thought may have been responsible for the disruption.

However police source revealed: ‘The fingerprints found on that drone belong to a clean skin – someone unknown to the police.

‘Sussex Police have been working alongside the Met, who hold the National Fingerprint Database, which contains, among others, the biometric information of thousands of extremists from terrorists to far right activists and eco warriors.

Sussex Police are pictured at Gatwick Airport. Detectives are no nearer to tracking down the culprit who grounded 760 flights at Britain’s second biggest airport

‘The prints found on the drone did not match any of those on the Yard’s database.

‘It’s a blow because police were hoping this may give them a new lead in the case.’

Sussex cops were criticised for arresting married couple Paul and Elaine Kirk-Gait on December 21 before releasing them without charge 36-hours later.

Mr Gait, who lives a mile from Gatwick, used to fly drones and model aircraft outside his house.

However his boss was able to confirm that he was at work – as part of a three man team fitting windows – during most of the drone sightings.

The couple said their ‘privacy and identity’ had been ‘completely exposed’ after being named in the media and their home searched.

Mr Gait said: ‘We are deeply distressed, as are our family and friends, and we are currently receiving medical care.

‘The way we were initially perceived was disgusting.

Mr Gait and his wife, from Crawley, West Sussex, later added: ‘Those that knew us didn’t doubt us for a second.’

In the wake of the arrests, Chief Superintendent Jason Tingley of Sussex Police made the bizarre claim that there may never have been a drone but quickly followed it up by saying another theory was that the disruption may have been sparked by the damaged drone.

More than 350,000 people had their Christmas travel plans thrown into chaos, with several forced to sleep on the terminal floor at Gatwick for two nights after local hotels reached full capacity.

The runway was shut down and airport bosses had to warn passengers not to come before checking with their airline.

Despite a huge manhunt, the mystery drone pilot continued to taunt Army snipers dotted along the runway, helicopters and 20 police units.

The person behind the chaos, is rumoured to be a ‘lone wolf eco-warrior’ or an organised expert rather than a ‘hobbyist’.

Transport secretary, Chris Grayling, said police had ‘not handled their communication response well’ while Tory MP John Woodcock said: ‘This whole sorry episode shows why we need a nationally agreed and understood robust procedure for dealing with incidents like this.

‘The country has been caught on the hop. There may be a case for a different police force [to get involved].’