Anyone supporting the Kurdish armed group will be ‘a target in this battle’, warns Turkey’s deputy prime minister. 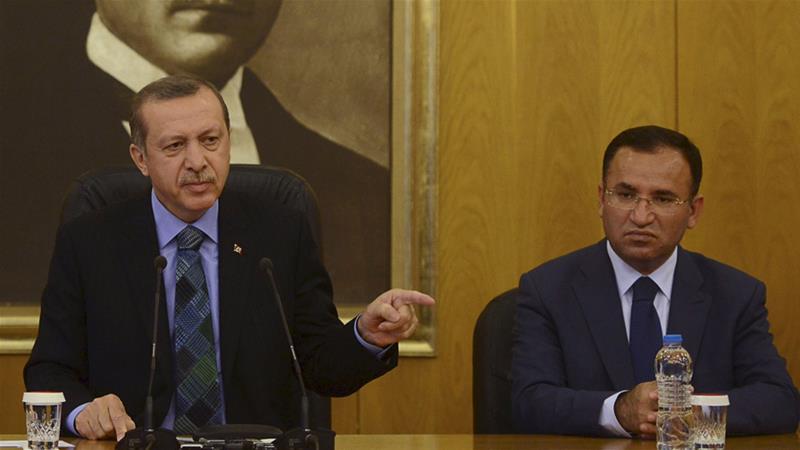 A Turkish official said anyone supporting the YPG militia will become “a target”, a warning likely to rile the United States as its forces work alongside the Kurdish armed group on the ground in northern Syria.

Deputy Prime Minister Bekir Bozdag’s comments on Thursday came after Turkey threatened to attack the town of Manbij as part of its cross-border operation against the Afrin region, controlled by the Kurdish fighters.

The US has about 2,000 soldiers based in Manbij – about 100km east of Afrin – who work with the YPG in fighting Islamic State of Iraq and the Levant (ISIL, also known as ISIS).

If the US wants to “avoid a confrontation with Turkey – which neither they nor Turkey want – the way to this is clear: they must cut support given to terrorists”, Bozdag told Turkish broadcaster A Haber.

“Those who support the terrorist organisation will become a target in this battle. The United States needs to review its soldiers and elements giving support to terrorists on the ground in such a way as to avoid a confrontation with Turkey,” he said.

There was no immediate response from the US to Bozdag’s comments on Thursday. 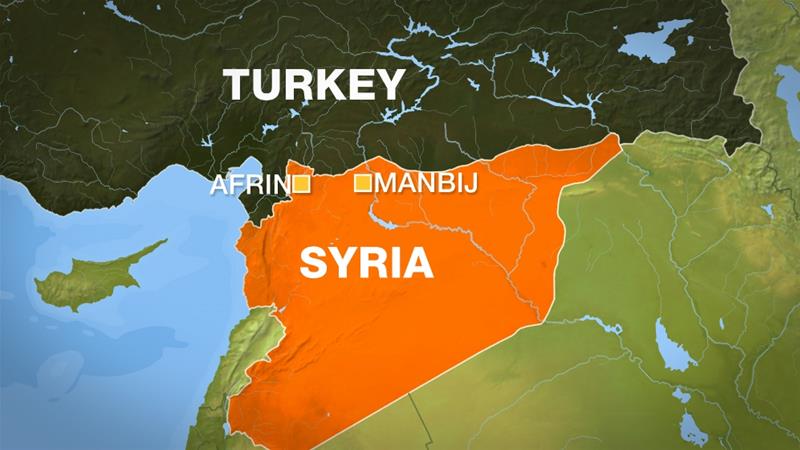 The US military coalition operating in Manbij on Wednesday said American soldiers there have the right to defend themselves against any attack.

“The coalition forces that are in that area have an inherent right to defend themselves and will do so if necessary,” spokesman Colonel Ryan Dillon said.

Pentagon spokeswoman Dana White said on Thursday she had seen media reports about Turkey asking the US to move troops from Manbij, but didn’t know if that was under consideration.

Turkey launched its offensive against the YPG in Afrin a week ago. The military said in a statement it “neutralised” more than 300 fighters in northern Syria since the operation began.

Turkey sees the YPG – trained, armed and supported by the US to fight against ISIL – as an extension of the outlawed Kurdistan Workers Party (PKK), which has fought a bloody, decades-long uprising in the country.

“Turkey is one of the NATO nations that suffer the most from terrorism,” Stoltenberg said in a statement on Thursday.

“All nations have the right to defend themselves, but this has to be done in a proportionate and measured way.”

“We call on the Syrian state to carry out its sovereign obligations towards Afrin and protect its borders with Turkey from attacks of the Turkish occupier … and deploy its Syrian armed forces to secure the borders of the Afrin area,” it said in a statement on its website.

Observers say Turkey’s operation has further complicated Syria’s seven-year war that has killed hundreds of thousands of people, with millions fleeing the country. 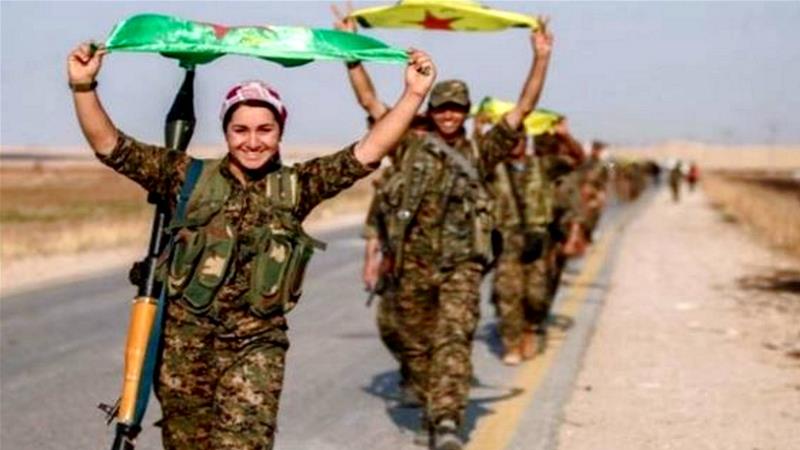 Is Trump ‘playing with fire’ by backing Kurds in Syria?