Poland: Trump administration officials at high-stakes climate talks offered an unapologetic defense of fossil fuels on Monday, arguing that a rapid retreat from coal, oil and gas was unrealistic.

While that stance brought scorn from environmentalists and countries that favour stronger action to fight global warming, there are signs that the administration is finding a receptive audience among other major fossil-fuel producers, including Russia, Saudi Arabia and Australia. 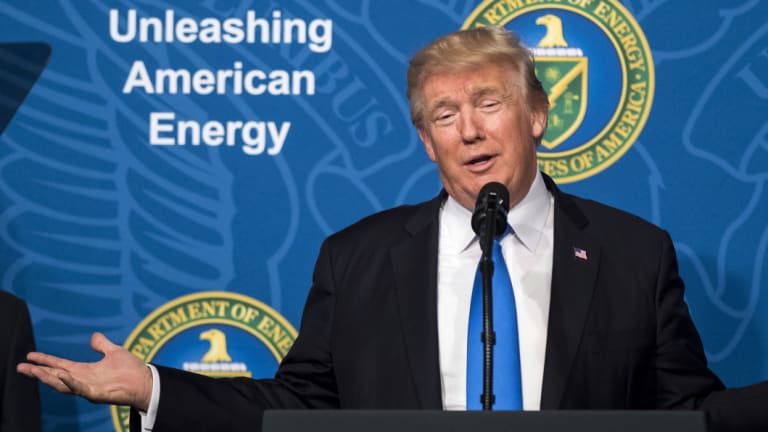 US President Donald Trump at the Unleashing American Energy event in 2017, where he sought to reorient the US away from fighting climate change and toward American “energy dominance”.Credit:Bloomberg

President Donald Trump's international energy and climate adviser, Wells Griffith, hosted a panel discussion on fossil fuels at the UN conference, arguing that the developing world would be heavily reliant on coal, oil and gas for some time and that it was in the world's interest to find more efficient ways of developing and burning those fuels.

Midway through, the panel was interrupted by scores of noisy protesters, who chanted, "Shame on you!" and "Keep it in the ground!"

"The United States has an abundance of natural resources and is not going to keep them in the ground," Griffith said. "We strongly believe that no country should have to sacrifice their economic prosperity or energy security in pursuit of environmental sustainability." 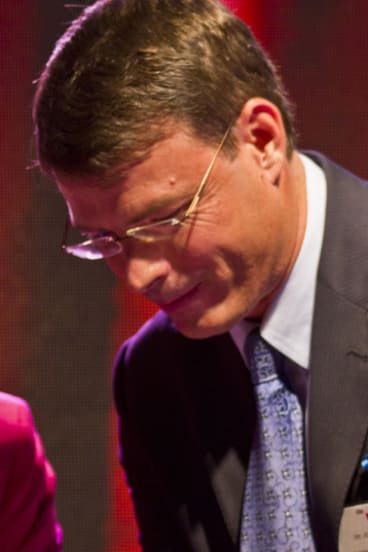 Despite the protests, it appeared that the United States was emerging as the leader of an informal fossil-fuel bloc in a way that hasn't been seen since Trump announced that the country would withdraw from the Paris Agreement on reducing greenhouse gas emissions.

Also on the panel was Patrick Suckling, Australia's ambassador for the environment, who agreed that "fossil fuels are projected to be a major source of energy for a significant time to come". He spoke in favour of technology for capturing carbon dioxide from coal plants and burying it, and noted that such technology could be exported.

The public endorsement of fossil fuels came two days after the Trump administration helped block the UN climate conference from embracing the findings of a major scientific report on global warming. It amounted to a show of disdain for the Paris pact at a gathering meant to establish a set of rules for implementing the deal.

The United States — along with Saudi Arabia, Kuwait and Russia — refused to allow a collective statement that would "welcome" the report, issued by the Intergovernmental Panel on Climate Change, which detailed a variety of strategies for cutting global fossil-fuel emissions roughly in half by 2030 in order to avoid many dangerous climate impacts.

Instead, the countries, all major oil and gas exporters, demanded the conference only "note" the existence of the report and thank the scientists for their work.

In seeking to water down the language adopting the IPCC report, delegates said, the Trump administration sent a powerful message that it not only rejects the Paris Agreement but also the scientific underpinning of the international climate change negotiations itself.

"I don't see any reason why any government or country can deny what the science says," said Amjad Abdulla of the Maldives, chief negotiator for a bloc of island nations known as the Alliance of Small Island States. "It sends a very bad signal."

The UN report forecast what would happen if average global temperatures rose by 1.5 degrees Celsius over pre-industrial levels and warned "there is no documented historic precedent" for the scale of changes needed to avoid the worst damage.

"The US along with Saudi Arabia are playing a clear and calculated spoiling role in the climate change negotiations," said Ian Fry, the lead negotiator for Tuvalu. He called the countries' official indifference to the UN report "truly disturbing."

Others noted that the United States and Saudi Arabia remained at odds on a number of issues, like whether developed and developing countries should be held to the same transparency standards for meeting emissions-cutting goals, and dismissed the idea that the countries were working together in a coordinated way to derail the negotiations.

George David Banks, a former White House energy adviser in the Trump administration, said the shared position of the United States and Saudi Arabia on the IPCC report merely reflected their mutual energy interests and concerns about a growing international movement around divestment and the rejection of fossil fuels in response to climate change.

"The United States and Saudi Arabia both have abundant resources of fossil energy," Banks said. "When you have a Republican administration that supports energy dominance as a foreign policy goal, it makes sense for the United States to take the position that happens to align with the Saudis."

The disagreement over the U.N. report may have helped to fundamentally alter the perception of what role the United States intends to play in the negotiations from now on under the Trump administration.

Climate diplomats have generally operated over the past year with the understanding that, while Trump has vowed to withdraw the United States from the Paris Agreement and takes every opportunity to publicly denounce the accord, the administration was not actively seeking to undermine it or persuade other countries to also reject it.

Yet at the Group of 20 talks in Buenos Aires, Argentina, this year, where the United States was the lone holdout on a statement reiterating nations' support for the Paris Agreement, a senior White House official made a point of noting that Turkey, Saudi Arabia and Russia also expressed doubts about staying in the accord. "You're seeing a little bit of the coalition fraying," the administration official said in a background briefing.