President Trump was released from Walter Reed National Military Medical Center and returned to the White House on Monday, following three days of treatment for the coronavirus.

Trump walked out the facility’s front door and gave a thumbs up as he departed Bethesda, Maryland, the same way as he arrived, headed for the Marine One helicopter.

“He’s back,” Dr. Sean Conley, the president’s physician, told reporters at a press conference outside the hospital on Monday afternoon.

Conley said Trump, 74, was “back to his old self” but “may not be entirely out of the woods” given his experimental treatment for the virus that’s infected 7.4 million Americans and killed 210,000 since March.

Trump received experimental “polyclonal antibodies” and oxygen at the White House on Friday. At the hospital, he received doses of the antiviral drug remdesivir and the steroid dexamethasone.

Conley would not tell reporters the results of Trump’s lung scans, but said ” he has not been on any fever reducing medications for over 72 hours.” Conley said Trump’s vital signs were great and he had no more respiratory complaints.

Trump, who took a break from his presidential hospital suit Sunday for drive-by visit to supporters rallying near the hospital, broke the news he was going home in a tweet where he declared he was “feeling really good.

“I will be leaving the great Walter Reed Medical Center today at 6:30 P.M. Feeling really good!” he told his 86 million followers. “Don’t be afraid of Covid. Don’t let it dominate your life. We have developed, under the Trump Administration, some really great drugs & knowledge. I feel better than I did 20 years ago!”

The president’s physicians defended the decision to release him after just three nights in the hospital, saying that he was returning to world class medical care at the White House. 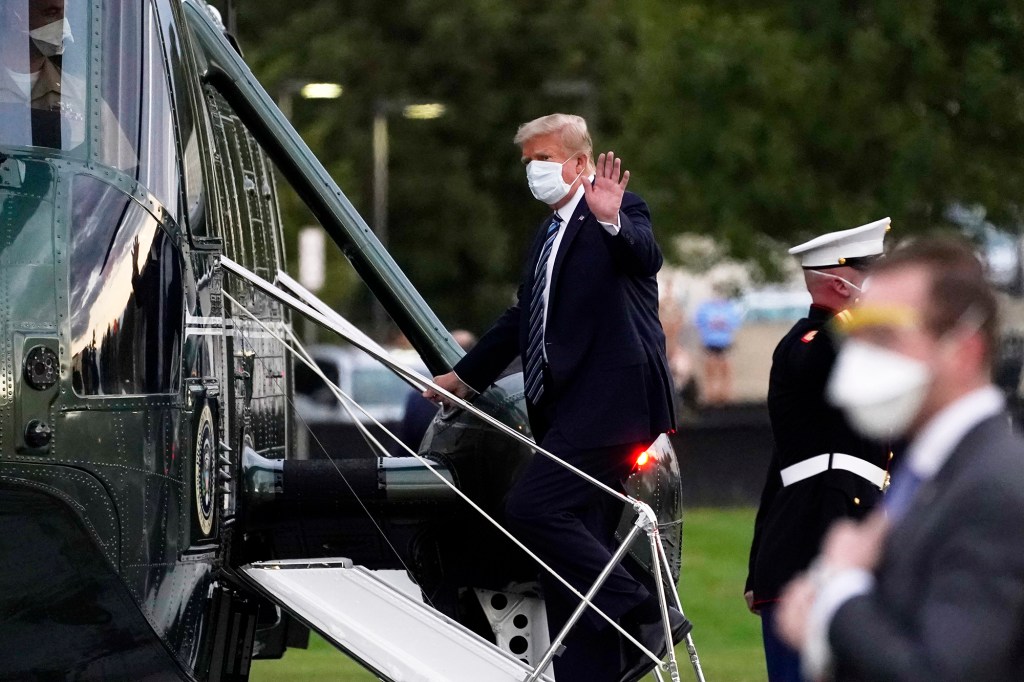 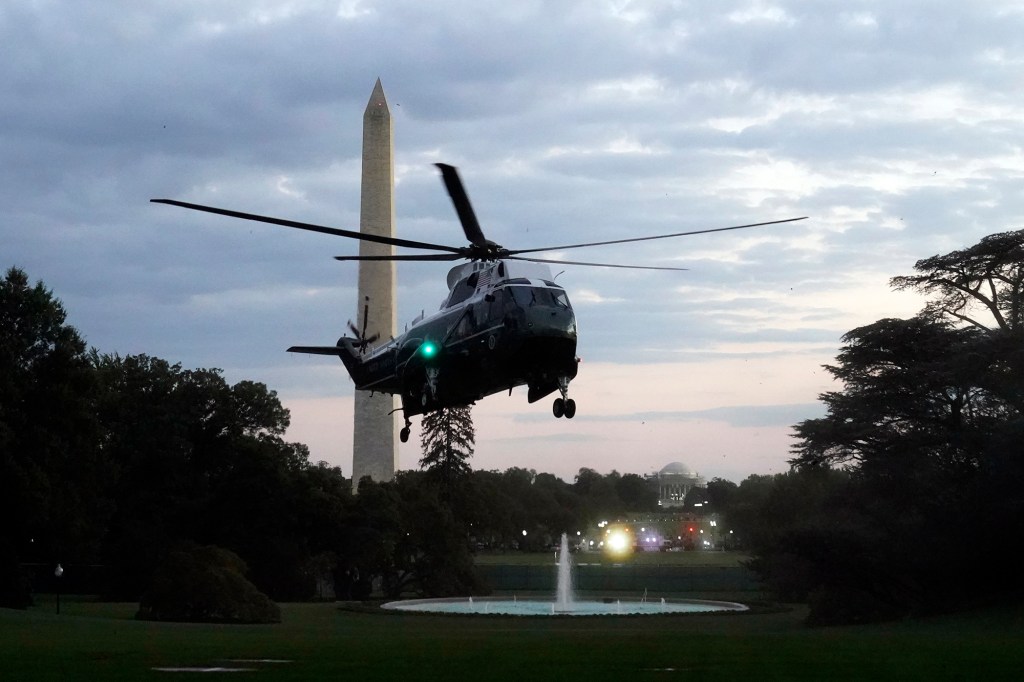 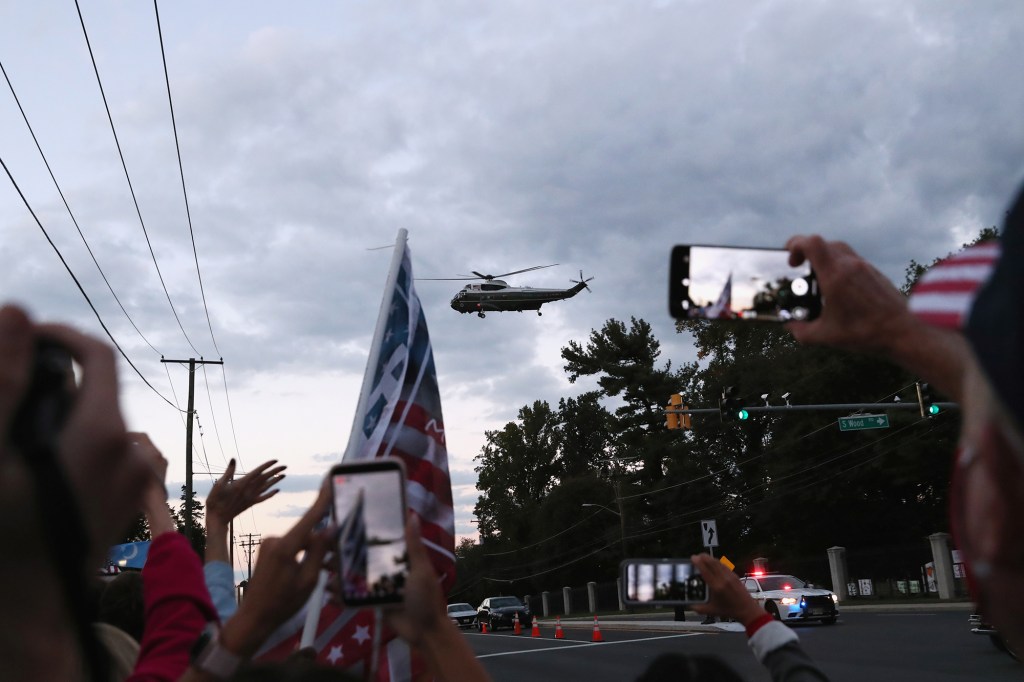