In an effort to illustrate how media can get it wrong, Trump campaign communications chief Tim Murtaugh posted an image of a newspaper declaring Al Gore as the winner of the 2000 presidential election.

The problem is that the front page in The Washington Times was a fake.

“Greeting staff at @Team Trump HQ this morning, a reminder that the media doesn’t select the President,” Murtaugh said in a since-deleted tweet Sunday.

“PRESIDENT GORE,” read the headline, which was supposed to show how the conservative newspaper prematurely projected the win.

“Those photos have been doctored. The Washington Times never ran a ‘President Gore’ headline,” the outlet said in a tweet debunking Murtaugh’s post Sunday afternoon.

“We also wish to add that Mr. Murtaugh has been officially notified via email about this error,” it added in a separate post.

All major news outlets, including CNN and The Associated Press, on Saturday projected Joe Biden as the winner of the 2020 election, having garnered more than the required 270 Electoral Votes.

The president, however, has so far refused to concede the election and has claimed that Biden won by “illegal votes” without offering any evidence.

On Sunday, his personal lawyer Rudy Giuliani said he plans to file up to 10 last-ditch lawsuits alleging election fraud.

Trump campaign workers had apparently plastered copies of the Gore front page all over their office kitchen as motivation to keep fighting against the media’s projection of Biden winning the Electoral College, BuzzFeed News reported.

The faux page, which includes the text of the actual article printed by the paper on Nov. 8, 2000 — which said George W. Bush had defeated Gore — appears to have been originally posted in 2010 on DeviantArt.com, the outlet reported. 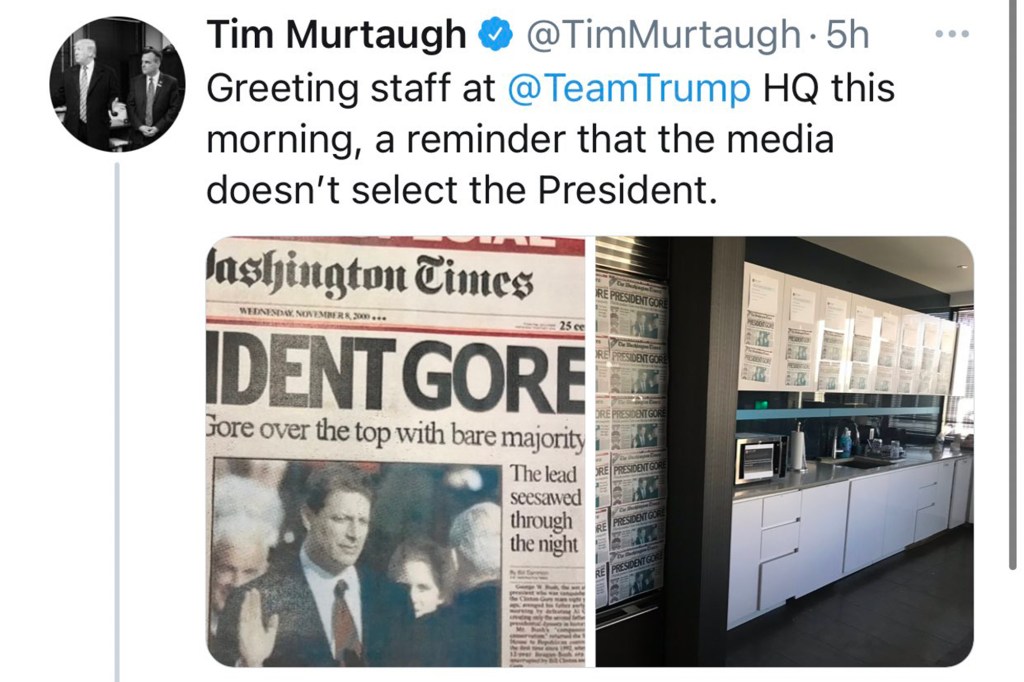 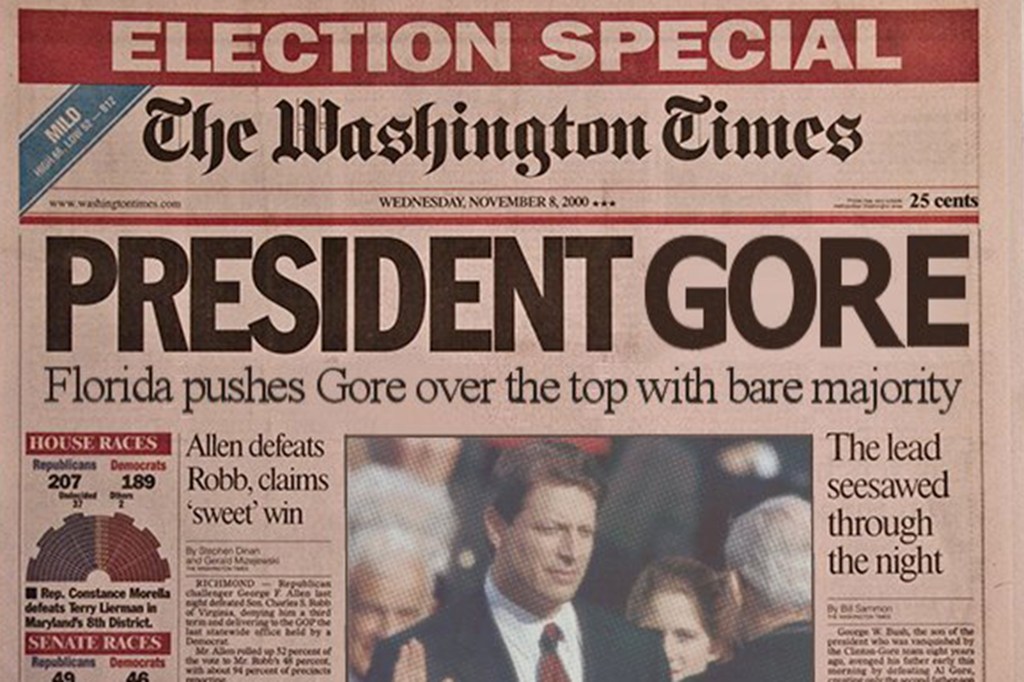