A MINIATURE Melania and Donald Trump posed with the president and his wife during a trick-or-treating event at the White House.

In the photo, the little Trump look-alike wore a wig and a suit with an American flag pinned to his lapel and a red tie, donning a black coronavirus mask while the real POTUS smiled without one behind him. 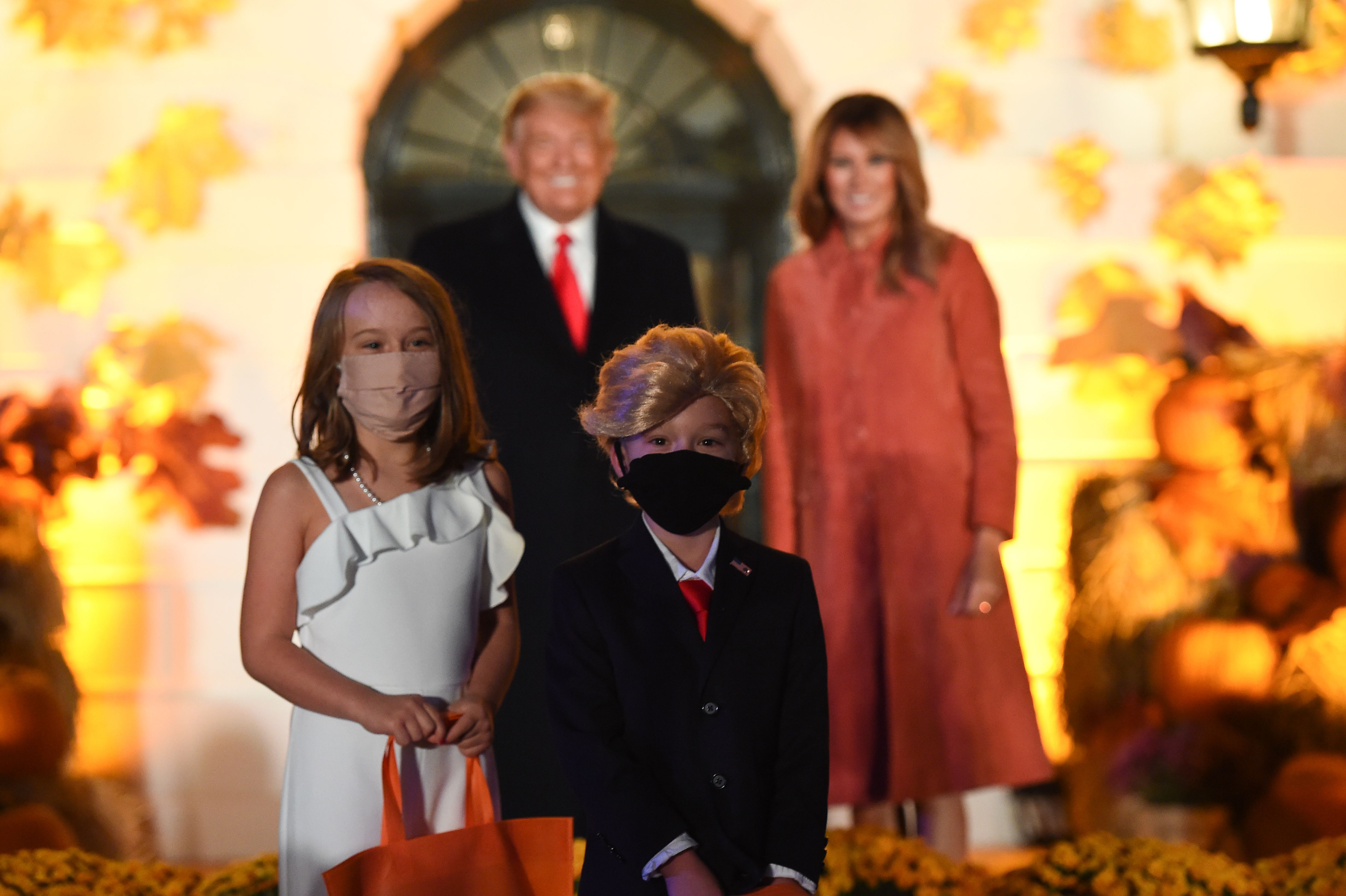 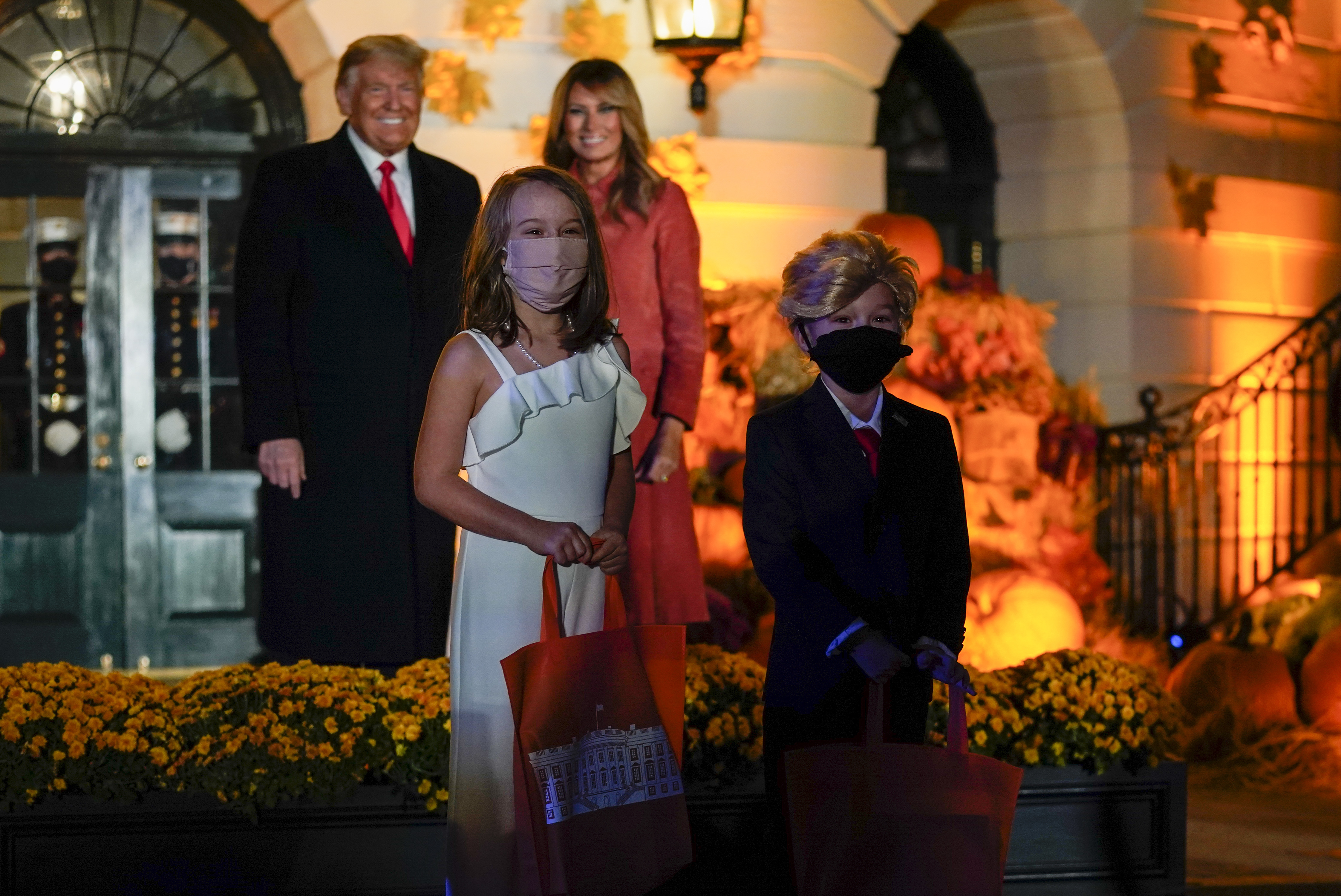 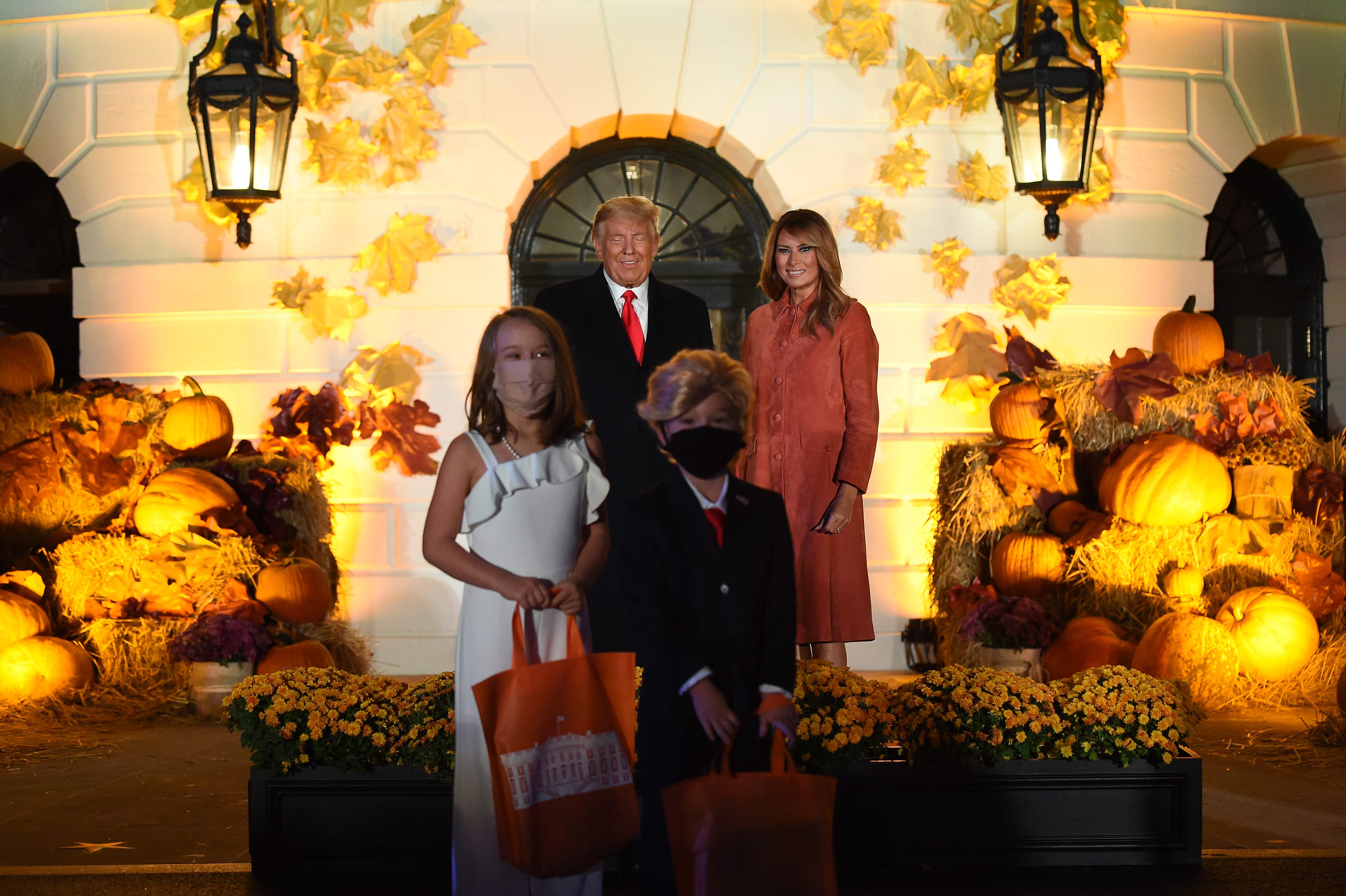 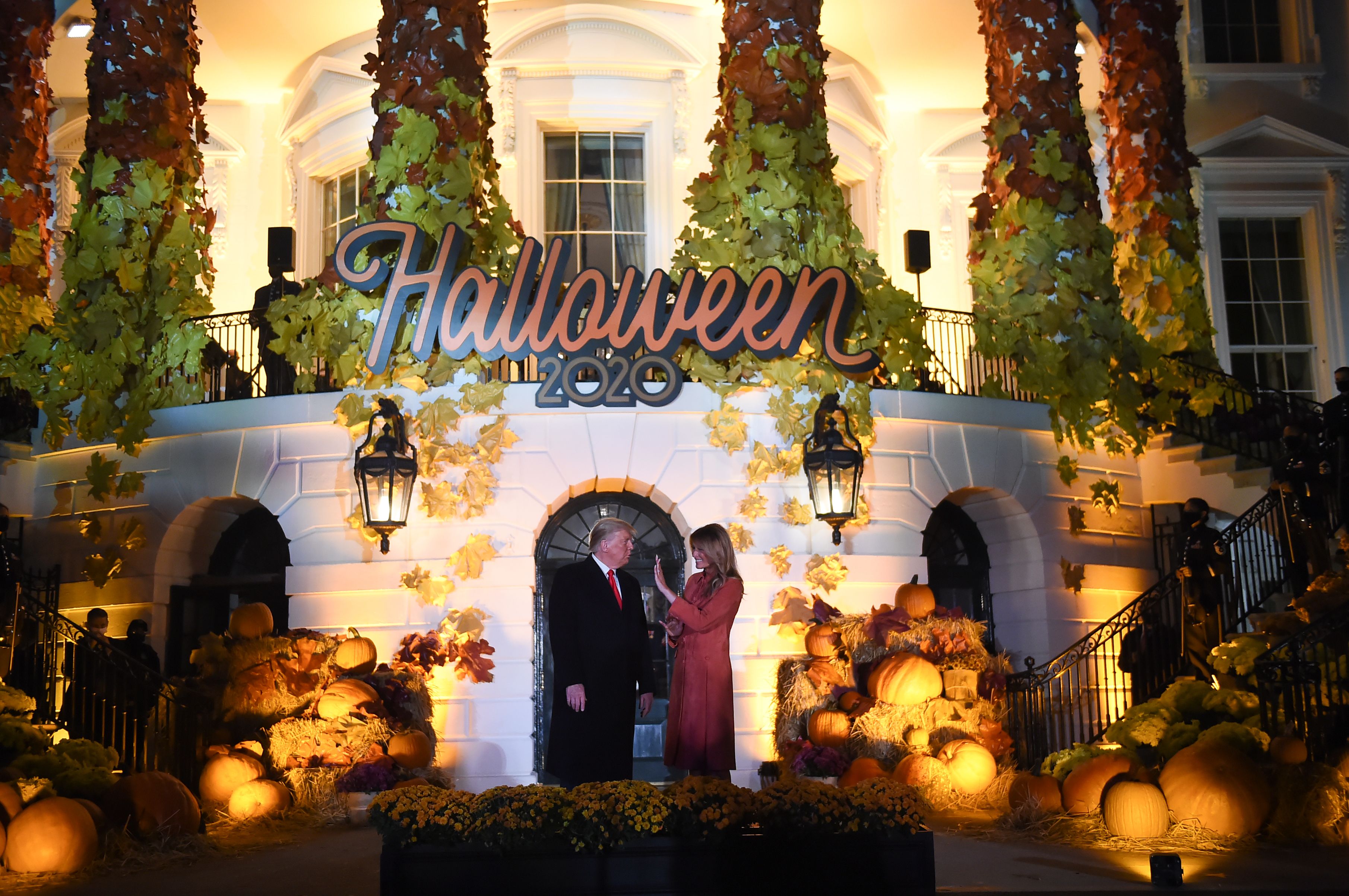 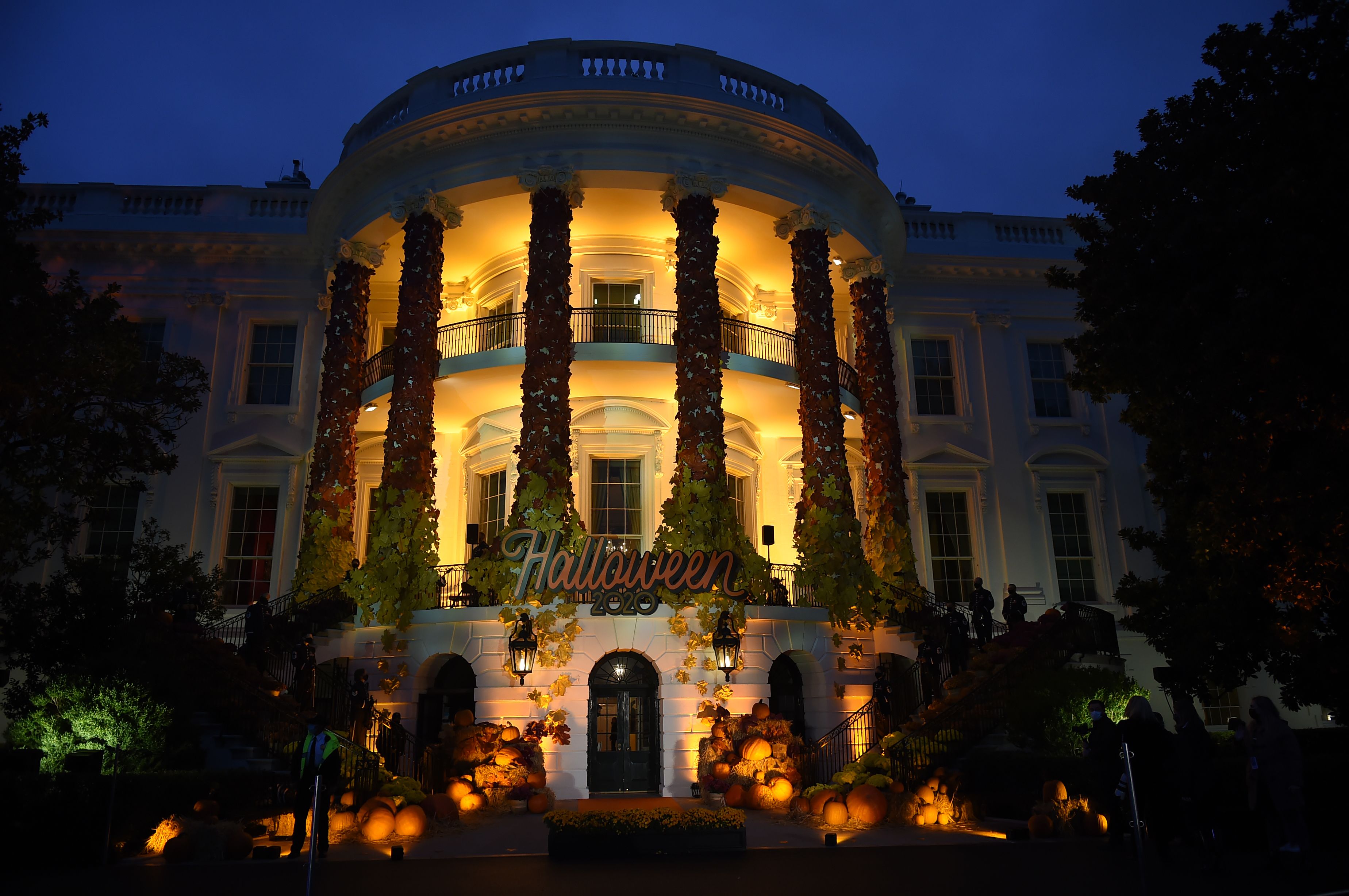 “He likes the press,' the president said when posed for the picture.

Next to the boy, standing about six-inches taller, was a young Melania wearing an ivory colored dress and pearls around her neck while carrying her orange candy bag like a purse.

The real Trumps, who skipped handing out candy at this year’s annual Halloween celebration, walked out to Michael Jackson's song Thriller and waved at the children, Daily Mail reported. 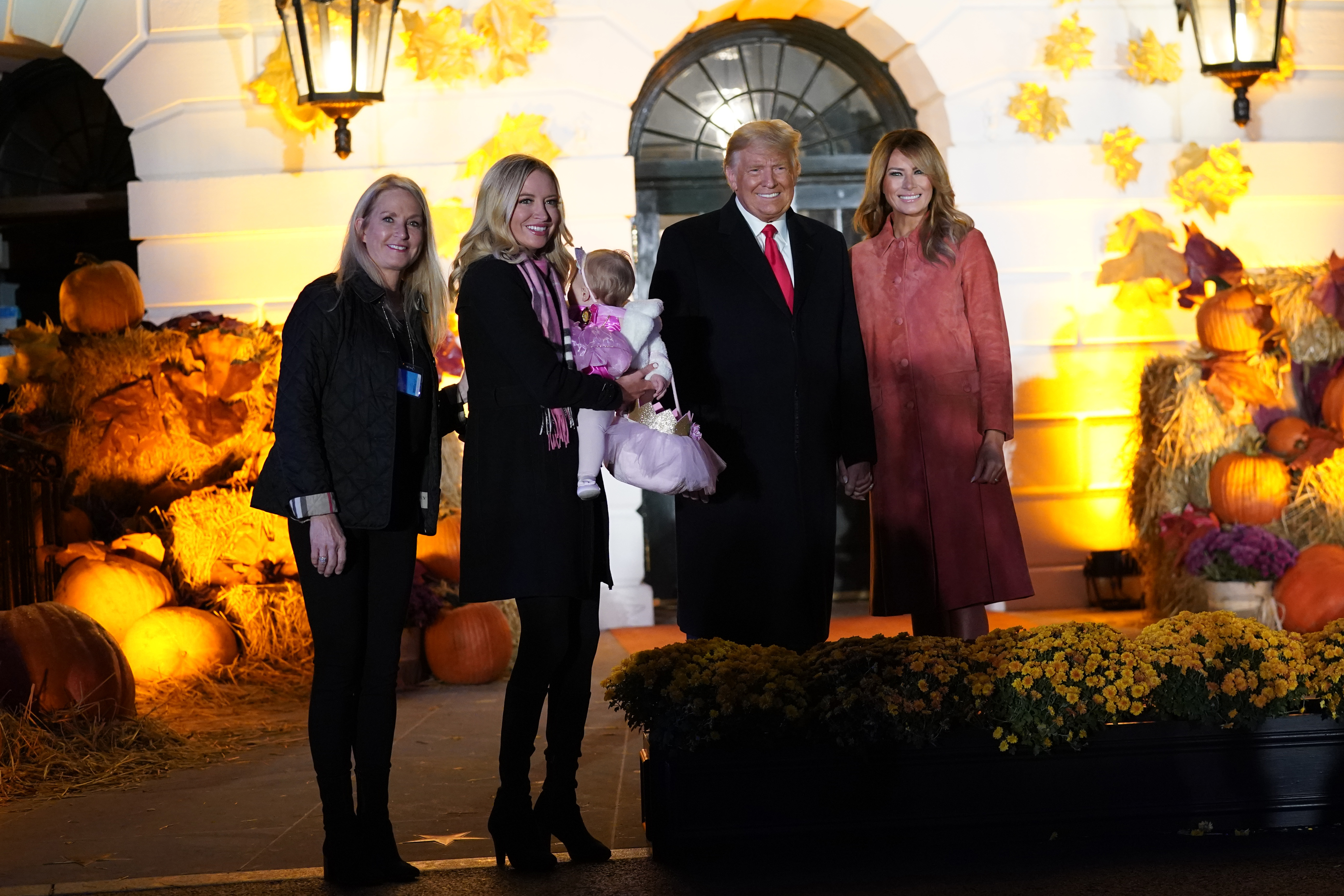 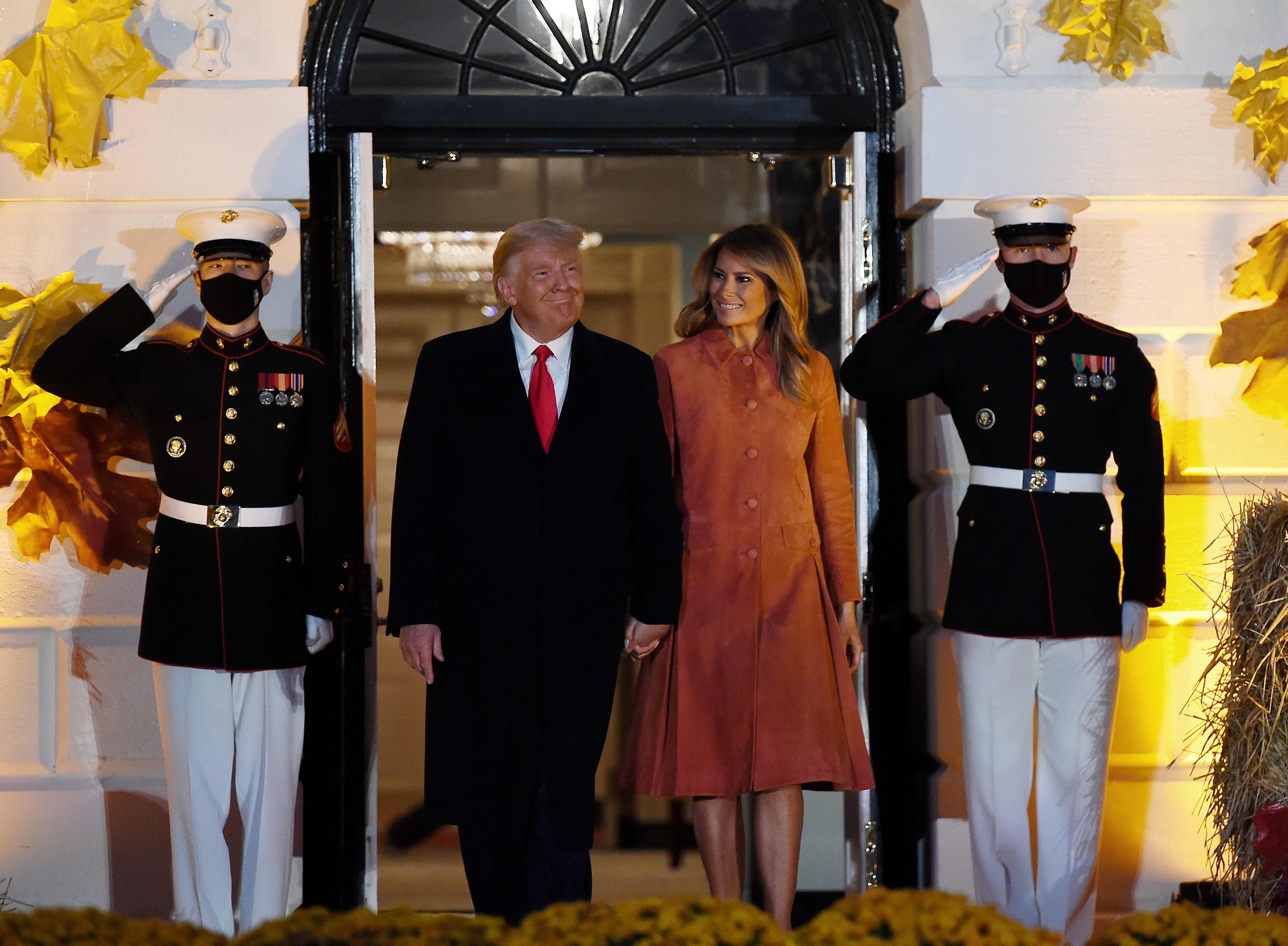 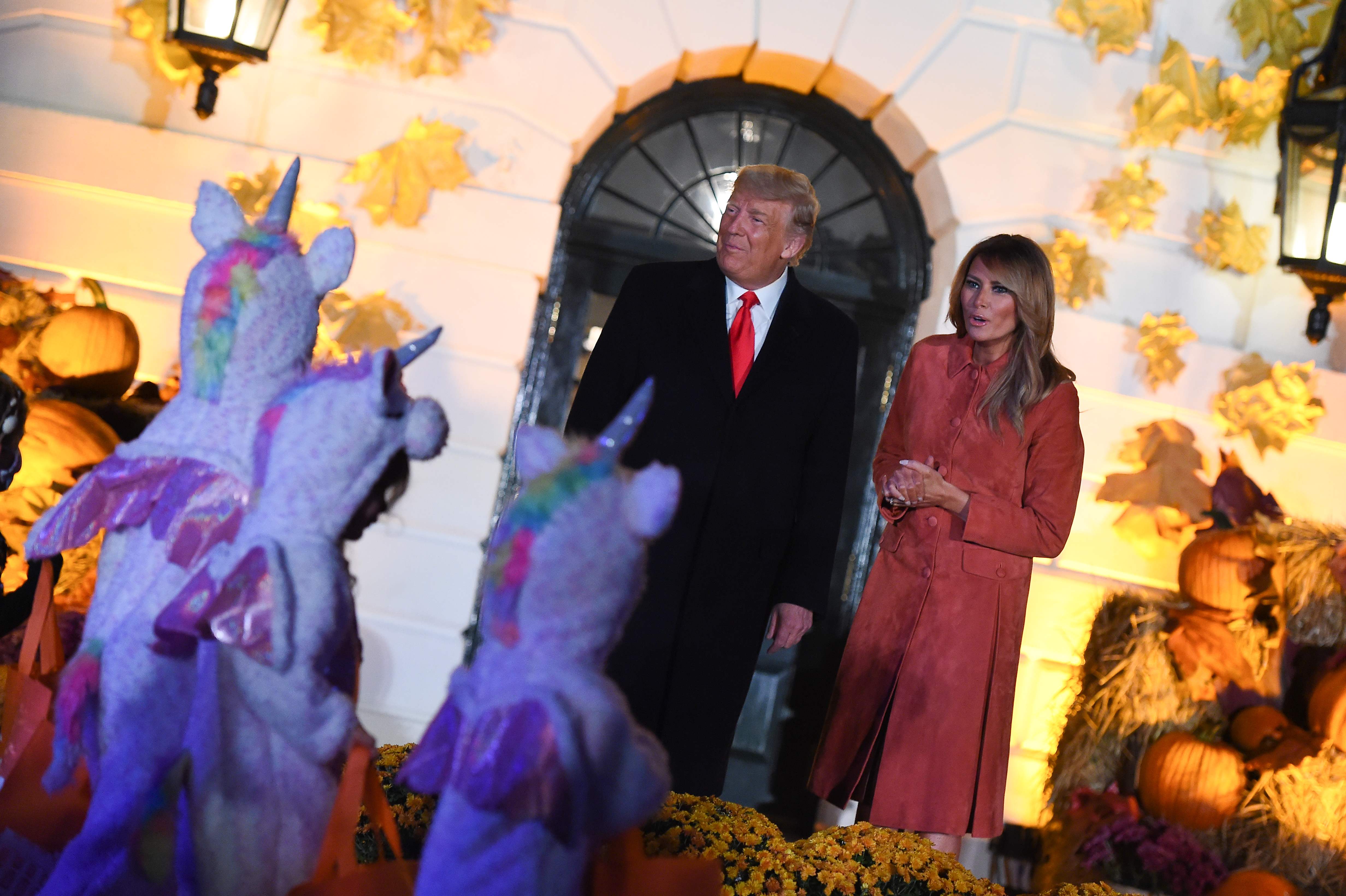 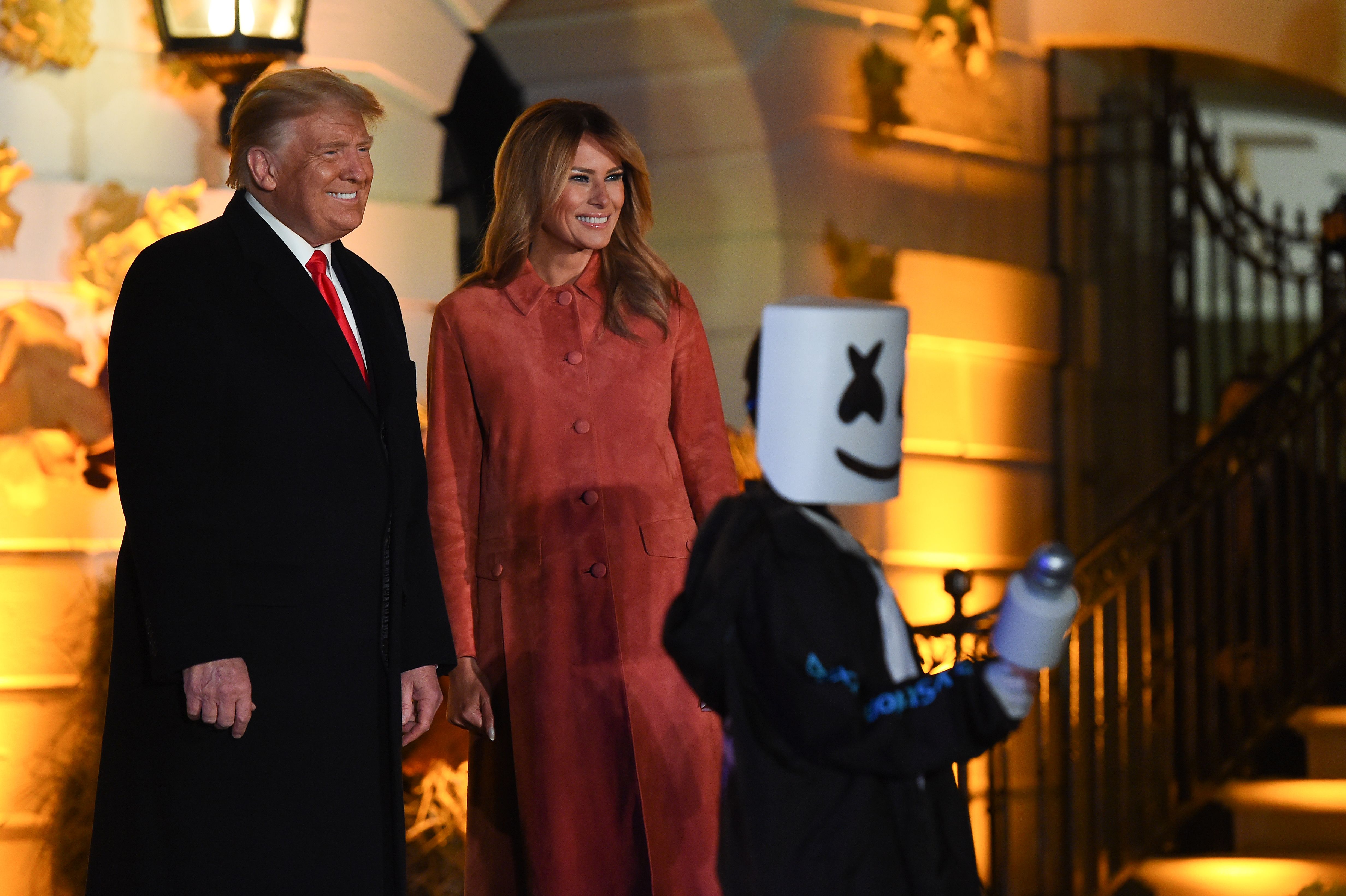 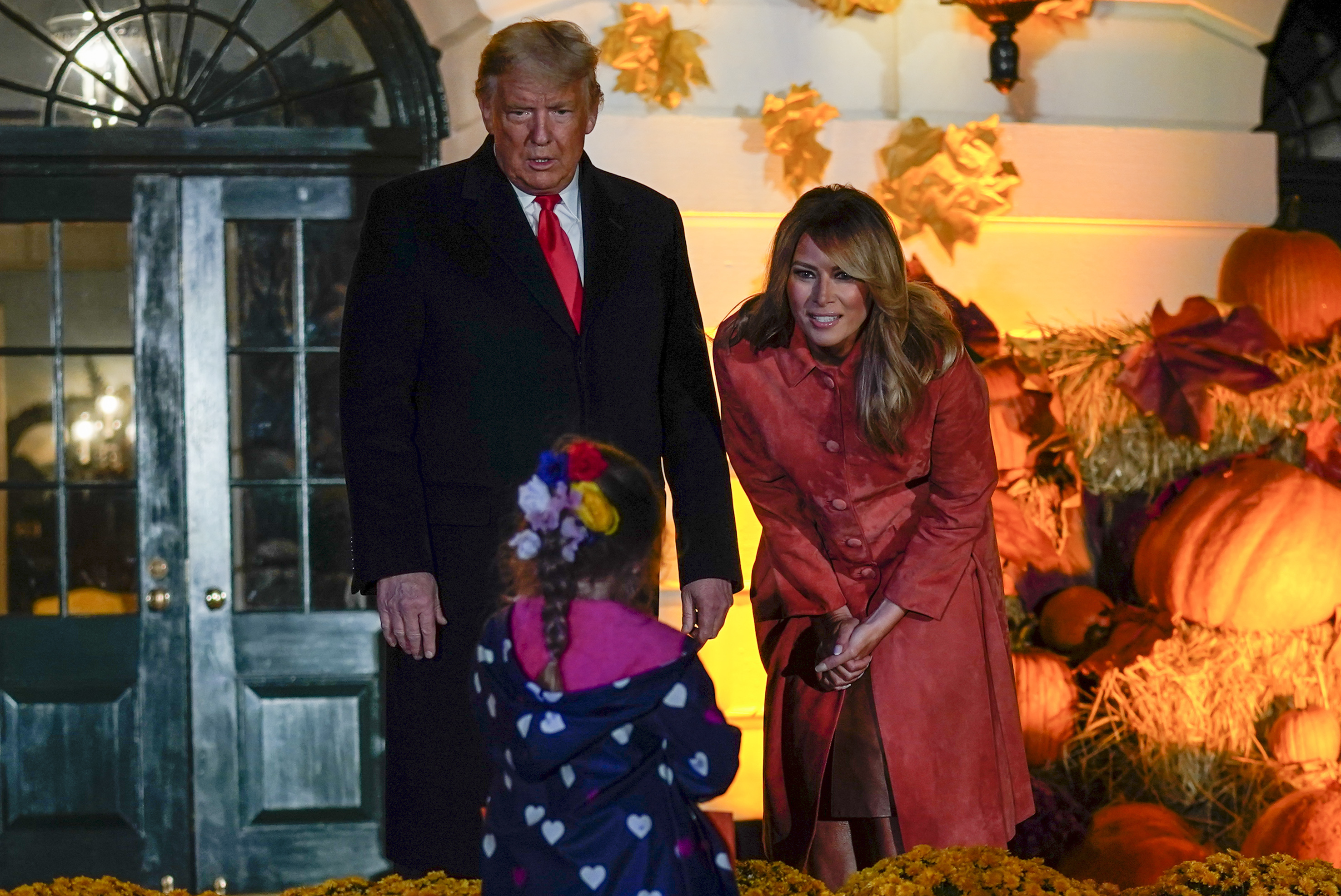 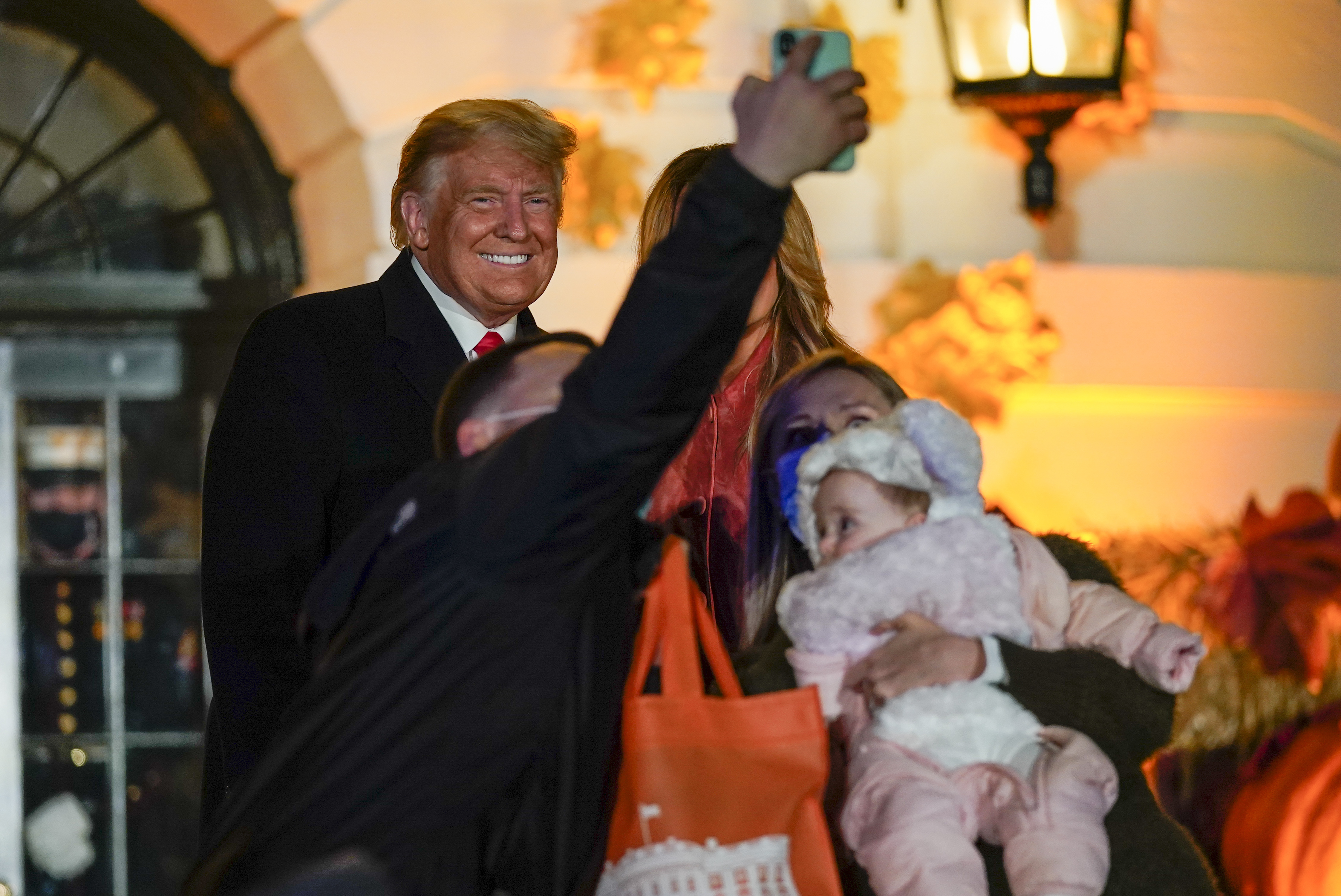 Kids dressed skeletons and witches, and even a T-rex, marched past the first family in a costume parade while creepy tunes played in the background, the outlet reported.

Kayleigh McEnany, the White House press secretary, carried her 11-month old daughter dressed as a mouse to meet her boss.

Trump was also pictured giving the thumbs-up sign to many of the kids, even giving a double thumbs-up to a group wearing jerseys of New York sports teams.