EMOTIONAL tributes have been paid to a "super kind" dad with an "amazing soul" who was killed in a horrific crash.

Jamie Crompton, 34, was driving a Fiat 500 when he collided with a Vauxhall Insignia in Bolton, Greater Manchester, on Tuesday night. 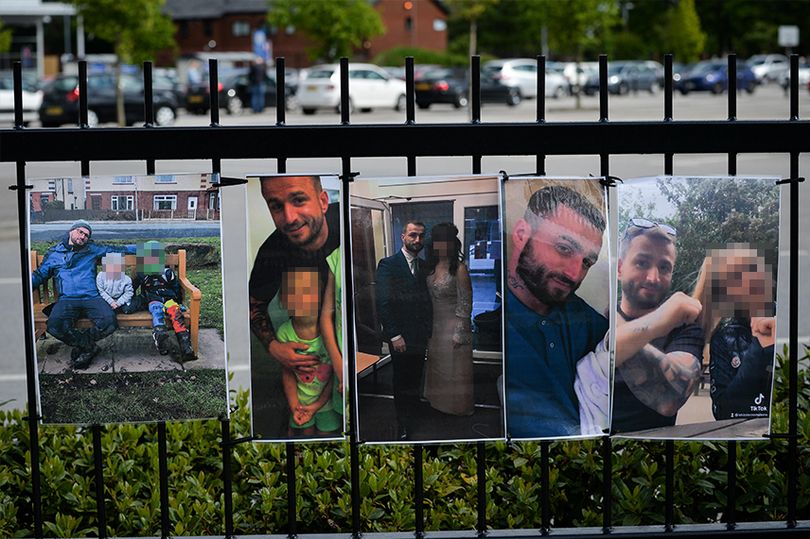 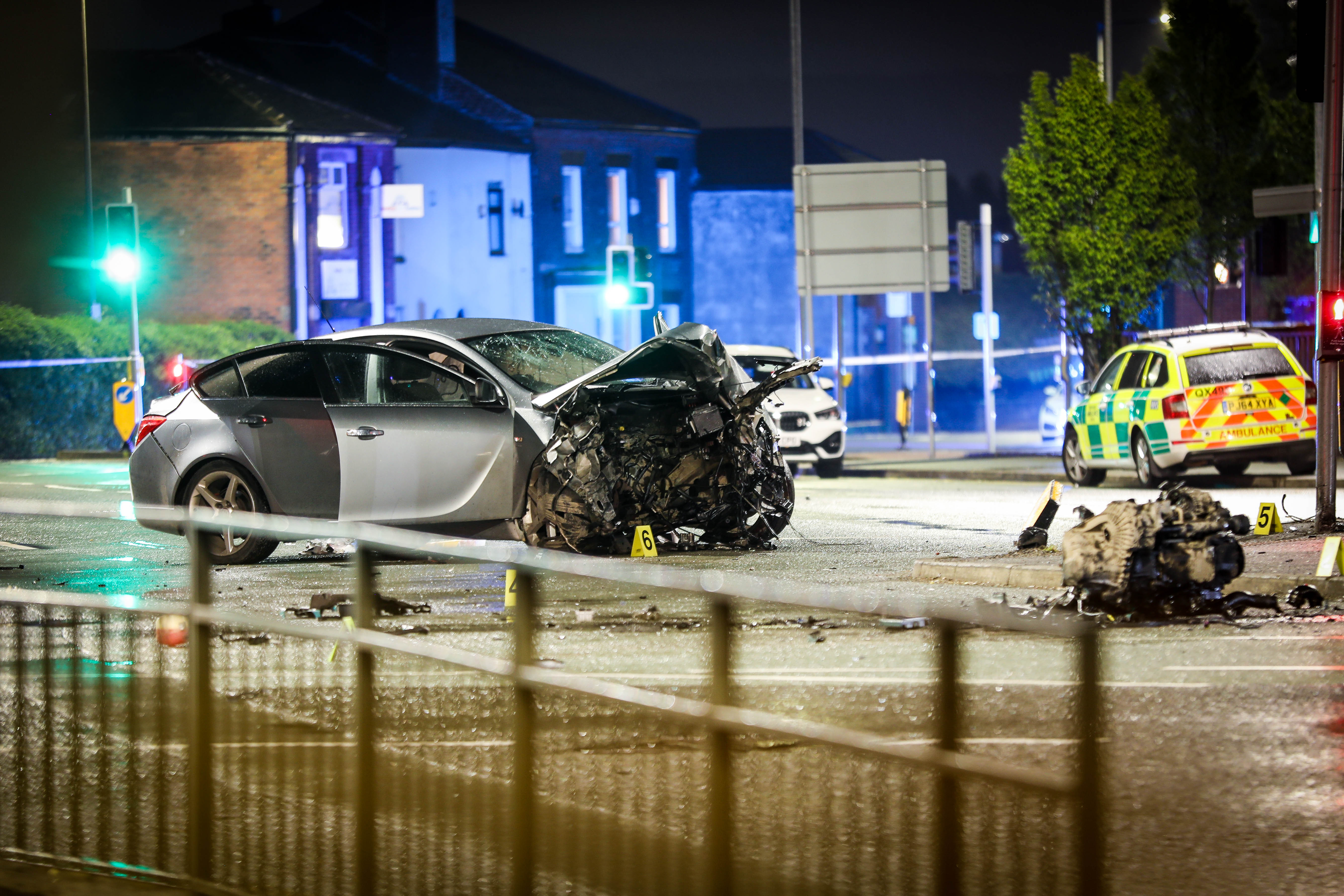 He couldn't be saved and was declared dead at the scene.

Two kids and three adults, all aged between seven and 28, were treated for minor injuries in hospital.

Devastated friends have paid tribute to Jamie's "amazing soul" after his death.

Flowers and tributes were left at the scene, while a card and pictures of Jamie have been attached to railings on the road.

Friend Paul Greenhalgh told the Manchester Evening News: "I only knew Jamie for a year or so, but he was a lovely lad who went out of his way to help others, including myself and he loved his family to bits.

"He had a real positive impact on people."

Another said Jamie was a "super kind guy who'd do anything for anyone".

Wayne Minshull wrote on Facebook : "RIP, Jamie Crompton. Fly high with the angels. You will be missed brother. Always in my thoughts."

Bernard Shaw said: "Absolutely devastated, such a shame. My condolences go out to his family and friends at this very sad time. RIP, Jamie pal." 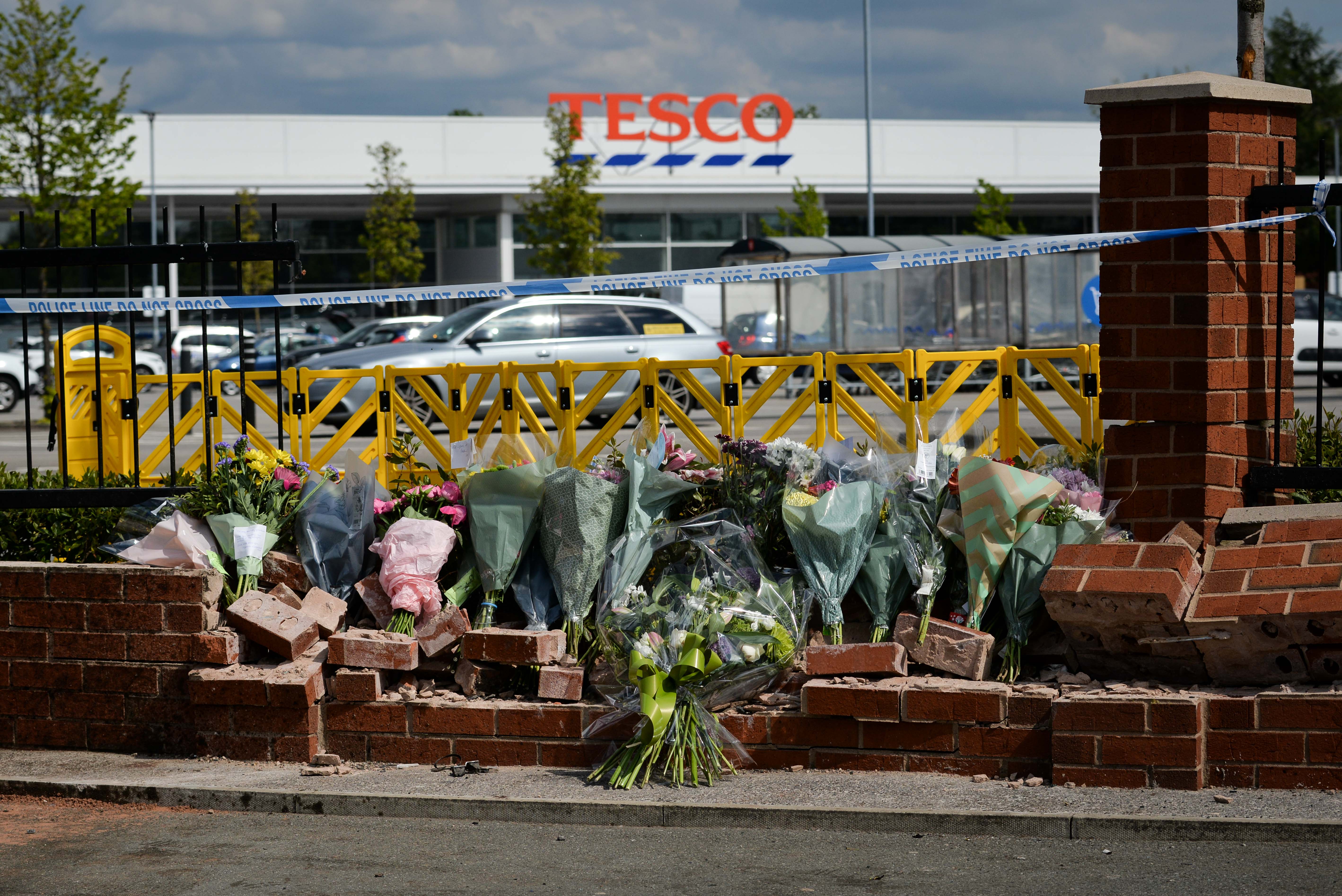 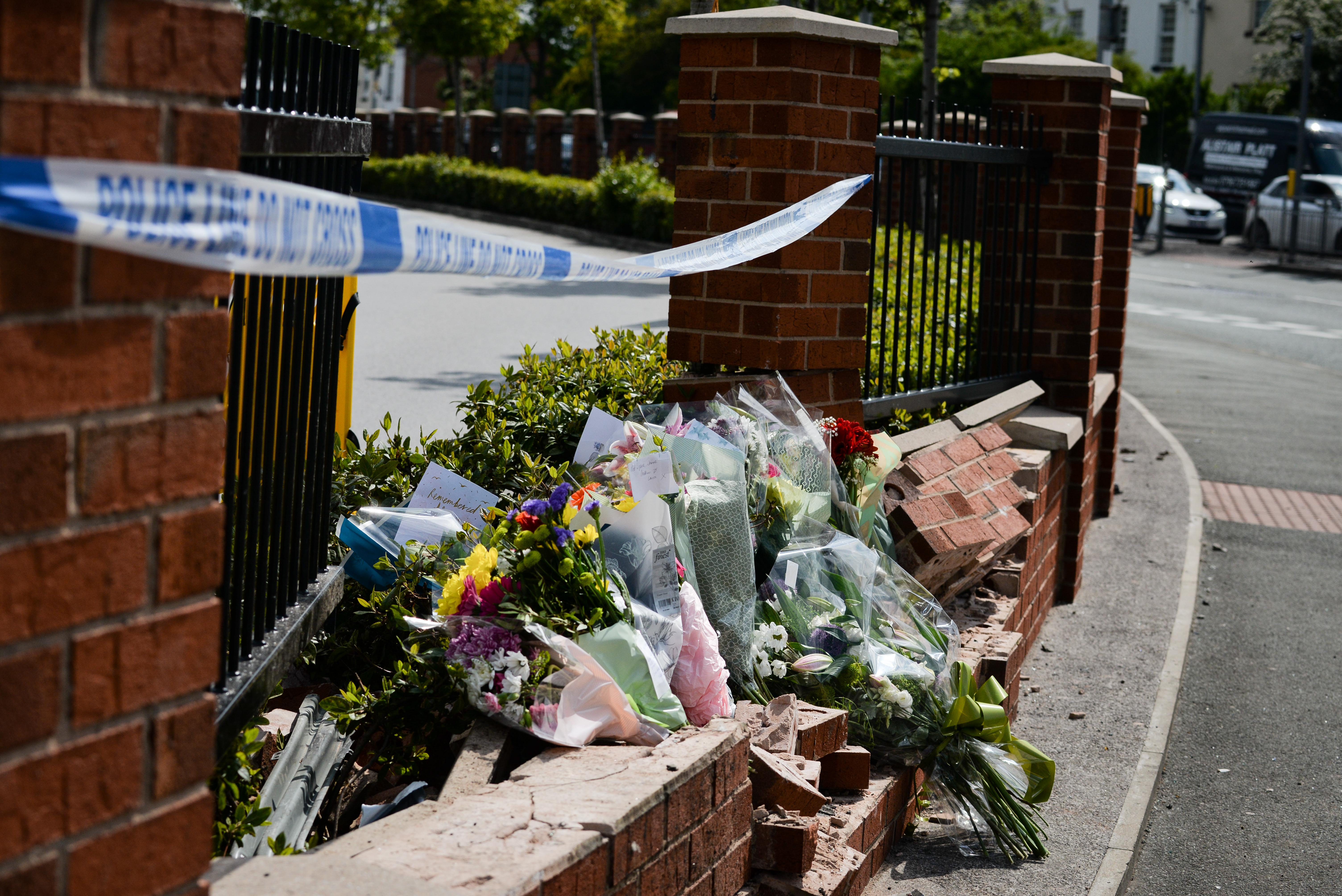 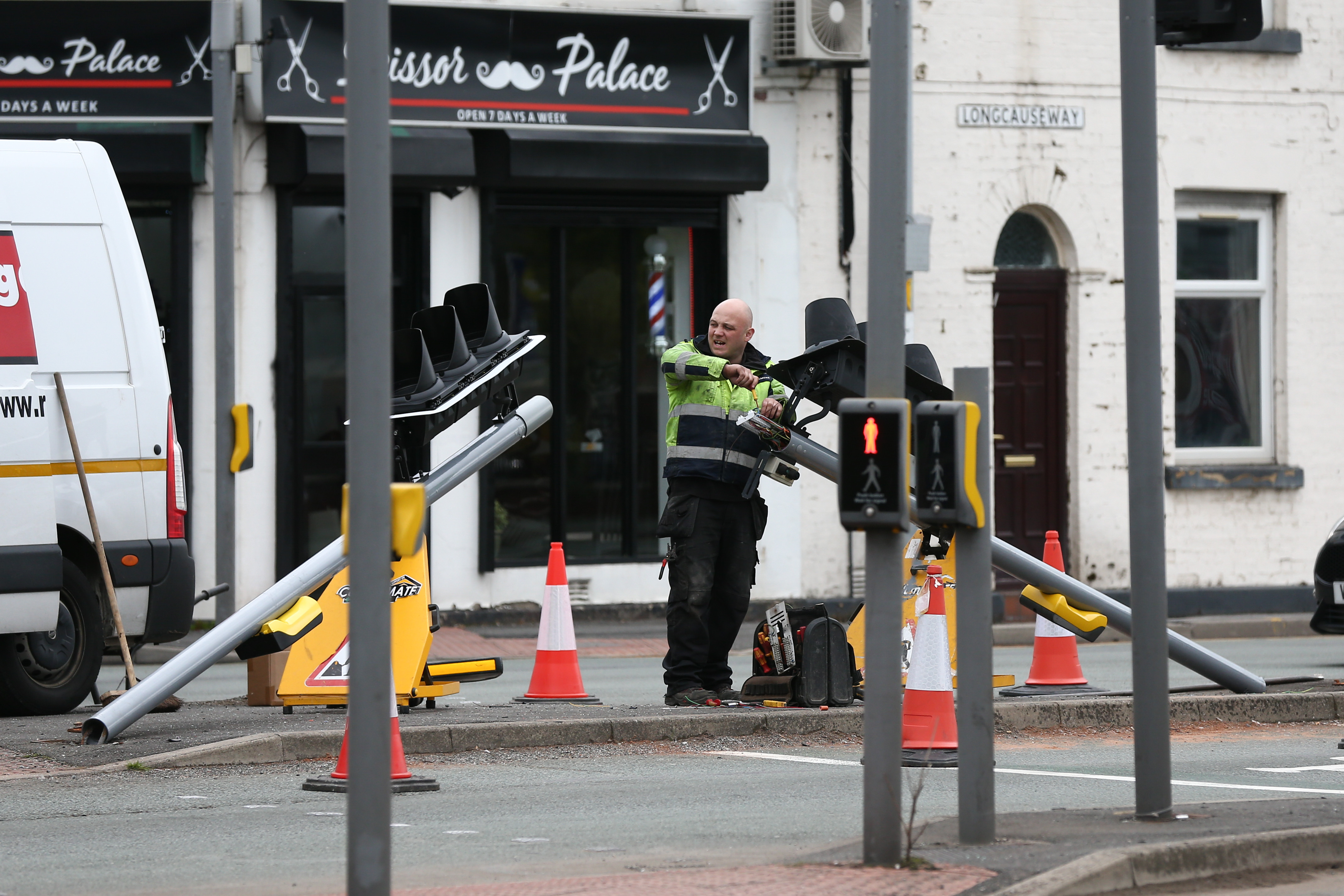 Andrew Adams wrote: "Sleep with the angels. I only spoke to you last night. Good night, my dear friend."

Kate Taylor said: "RIP, Jamie. What an amazing soul. Gave time for anyone who needed it and was a true friend."

No arrests have been made after the crash, cops said.

Dramatic pictures show the mangled cars and glass strewn across the road.

One told MEN: "I heard the bang from my house and just ran down, it was really loud.

"There were two cars involved and loads of cars around them.

"It looked really bad, some people were trying to help the people in the cars.

"There was a car stuck in the wall and another car in the junction."

Cops are now appealing for any witnesses to come forward.

Police Constable Andrew Nicholson, of GMP's Serious Collision Investigation Unit, said: "Sadly a man has lost his life in this collision and our thoughts remain with his loved ones at this difficult time.

"This incident happened at a busy junction and we are hopeful that there are a number of people who may have witnessed this collision and have dash cam footage of the incident or either of the cars leading up to it.

"If you have any information at all please do not hesitate to contact police." 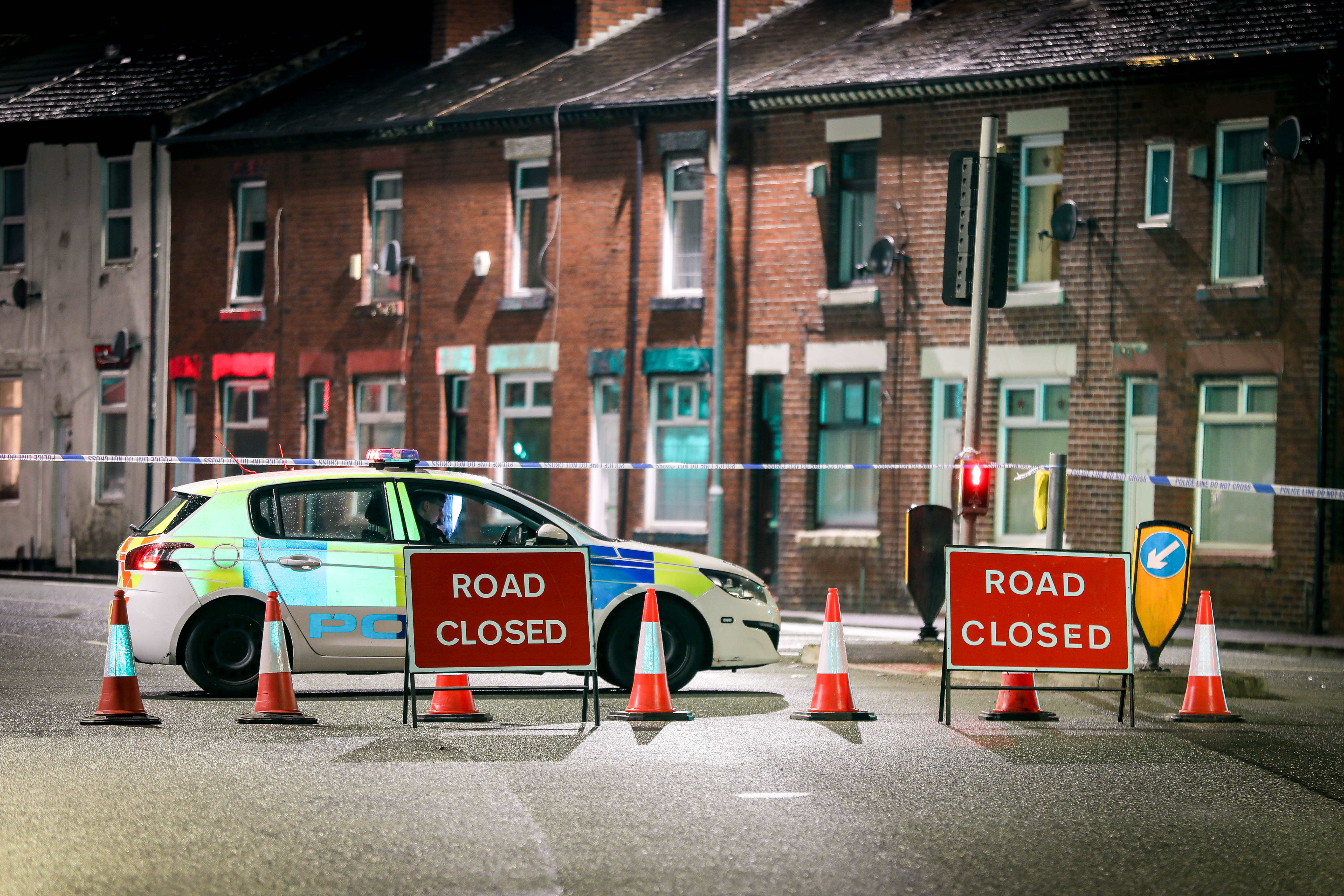 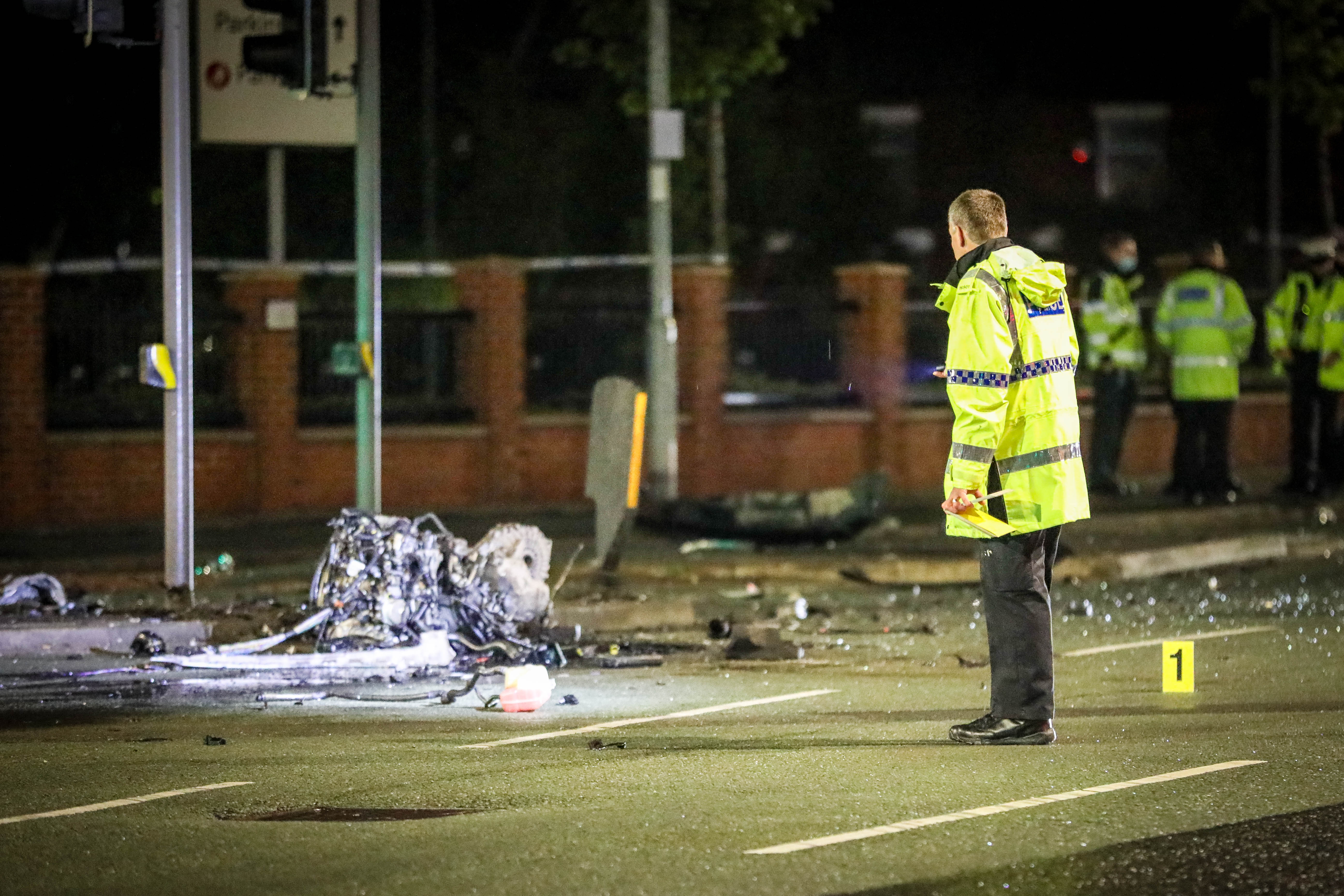