A transgender woman has today been convicted of raping two vulnerable women while living as a man.

Isla Bryson was known as Adam Graham and had a Mike Tyson-style face tattoo when she carried out the violent sex attacks in 2016 and 2019 after attacking the victims she originally met online.

The 31 year-old – who claimed to have had gender issues since the age of four but began transitioning from a man to a woman in 2020 – had denied the accusations. She told jurors any sex was consensual although insisted she did not like sleeping with women and they made the ‘first move’.

The first victim recalled repeatedly stating ‘no’ as her ‘muscular’ attacker raped her when the then man got into bed beside her in 2016. The second woman was raped at a flat when they were planning to watch the film Mean Girls in 2019.

Bryson was today found guilty of the two rape charges following a six-day trial at the High Court in Glasgow. She denied the charges, saying in evidence she ‘would never hurt another human being’.

She had been on bail, but was today remanded in custody by judge Lord Scott until sentencing on February 28 in Stirling. It is not yet known if she is being remanded in a male or female jail. 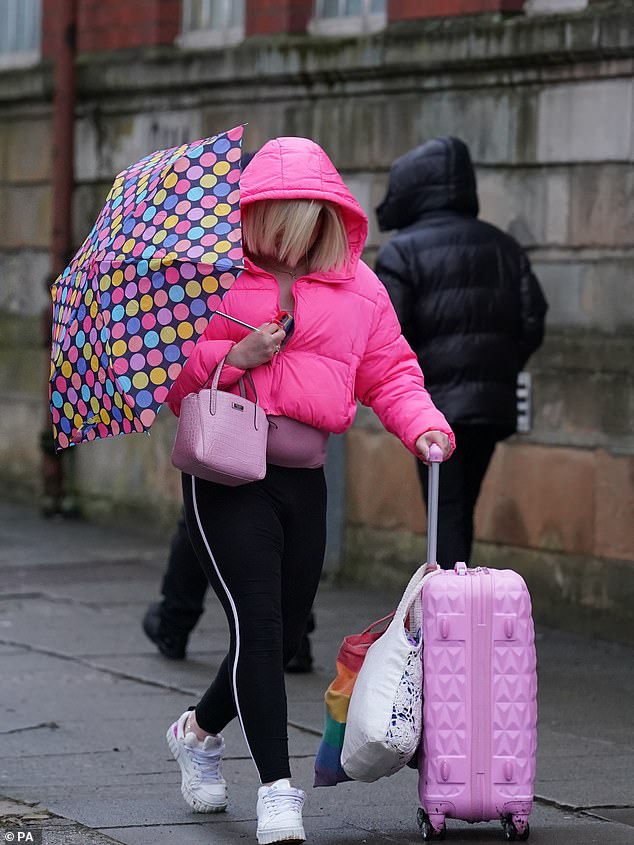 Isla Bryson, 31, formerly known as Adam Graham, from Clydebank, West Dunbartonshire, arrives at the High Court in Glasgow yesterday. Following a six-day trial at the High Court a jury has found the transgender woman guilty of raping two women when she was a man 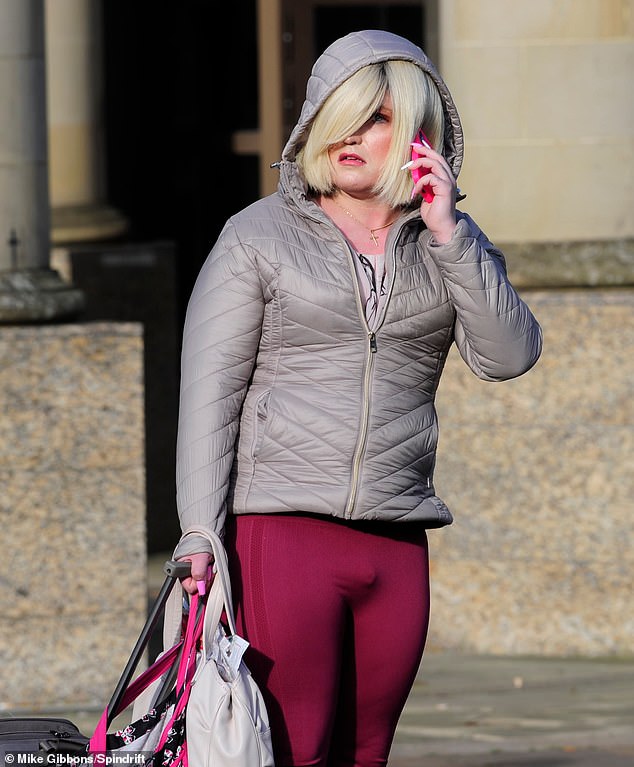 Isla Bryson, 31, ‘preyed’ on vulnerable women before she began transitioning when she was a man

She had first appeared in the dock in July 2019 as Adam Graham with a Mike Tyson-style face tattoo. In high court papers dated 2020, the rapist was then referred to as Annie Bryson.

This was around the time Bryson told jurors she first made the decision to ‘transition’ from a man to a woman.

At this trial, she was then known as Isla Bryson with jurors told Adam Graham was now her ‘dead name’ one ‘a transgender person was given at birth and no longer uses upon transitioning’.

She had attacked the first victim at a flat in Clydebank, West Dunbartonshire having met on the Badoo dating site while known as Adam.

This was immediately after Bryson’s marriage to a woman had ended.

In her evidence, Bryson claimed she had effectively used the 30 year-old for somewhere to stay.

But, the victim told how she had been ‘head over heels in love’ with Adam. However, she soon suffered as Adam went from ‘caring’ to flying into a rage at trivial matters.

The rape occurred on September 16 2016 after Bryson locked the door and got into bed beside her.

In pre-recorded testimony played to jurors, the victim said: ‘I thought Adam had came for a cuddle and – at that moment – everything felt weird and wrong.

‘I did not know what was going on.’

The woman recalled repeatedly stating ‘no’ as a ‘muscular’ Adam forced himself upon her.

The ordeal only ended when the victim’s mum turned on a light in the hall.

The second woman was raped at a flat in Drumchapel, Glasgow on June 27 2019.

Bryson told jurors how she had shared her ‘sexuality issues’ with the 34 year-old having met on the social media site Bigo. 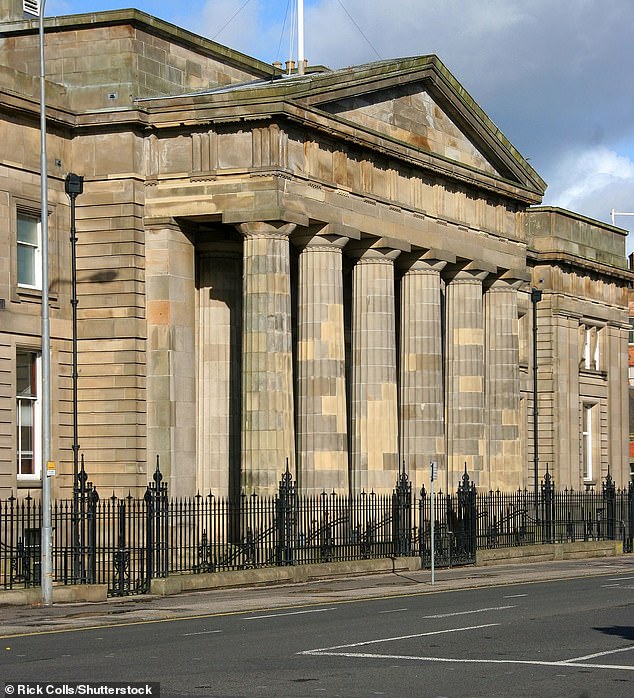 The court heard the pair were together at the flat planning to watch the film Mean Girls.

The victim recalled feeling ‘crushed’ as the attacker she knew as Adam forced himself on her.

She stated: ‘I told him to stop and he did not. He kept going. That is when I closed my eyes and let him do what he wanted to do.’

In her own evidence, Bryson – who said she was ‘scared’ in the witness box – often became emotional as she refuted the charges.

Bryson did admit ‘cheating’ on the first victim adding: ‘She loved me. It kills me because I hurt her like that.’

Regarding sexual contact with the second woman, she told jurors: ‘I did not make the first move. I can assure you.’

Bryson’s lawyer had also asked her today about her gender issues. Bryson said she was first aware of this when she was four.

She told jurors: ‘I was always hanging about with the girls and always doing make up.’

Bryson said she first made the decision about ‘transition’ from a man to a woman in 2020 after she first appeared to face the rape charge.

She has received hormone treatment and is expecting further.

Asked about surgery, Bryson stated: ‘I obviously want all the surgery that the NHS can provide.’

After the verdict, prosecutor John Keenan KC said the first rape attack had been reported to the authorities in 2016, but that there were no further ‘proceedings at that stage’.

Lord Scott deferred sentencing on Bryson until February 28 in Stirling.

She already had three summary levels convictions – not for sexual matters – and has never been jailed before.

But, the judge told her: ‘You have been convicted of two extremely serious charges.

‘Given what you have been convicted of, a a significant custodial sentence is inevitable.

‘I will revoke bail and remand you in custody meantime.’

Bryson had turned up most days with a large suitcase. The media and public had to watch proceedings from a viewing room elsewhere in the court building.

A previous trial was abandoned due to Bryson reporting being unwell after having her photo taken as she arrived at court.