A "ONE IN A MILLION" condition left a healthy 11-year-old girl paralysed from the chest down.

Malika Mawhinney, from Washington, Sunderland, collapsed screaming in unbearable pain after coming home from school and was left unable to move. 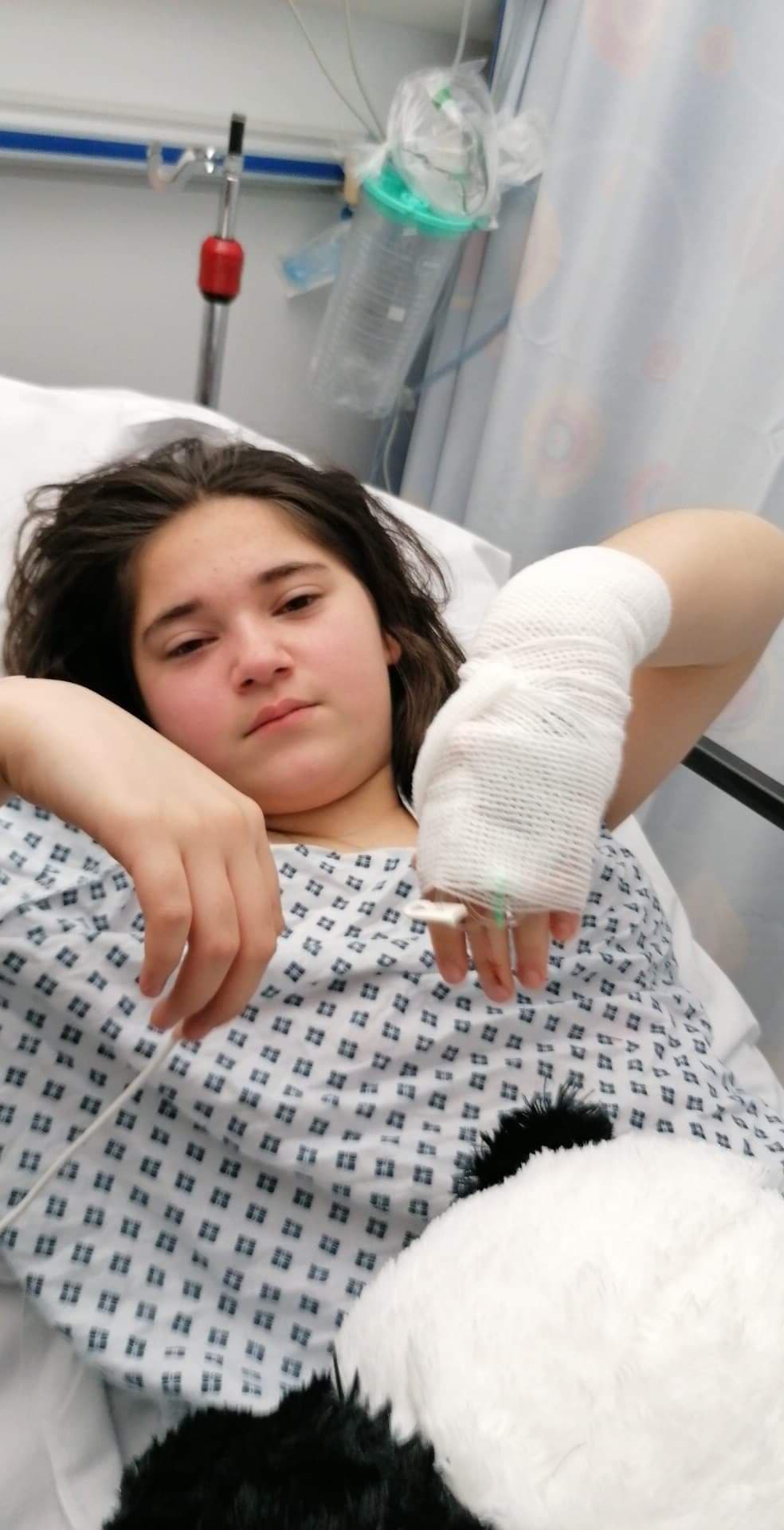 Her mum Debbie rushed her to hospital and she was later diagnosed with transverse myelitis – a rare inflammatory disease causing injury to the spinal cord, reports Chronicle Live.

The active girl has been left paralysed from the chest down and unable to do boxing or gymnastics, hobbies which she has been doing since she was three.

Malika told her mum she was suffering an unbearable pain in her back and a strange feeling in her legs when she got home on March 16.

Debbie said: "She came home from school one day complaining her legs felt funny then the next thing I knew she was rolling around the floor screaming in pain with her back.

Debbie called the doctor and took her daughter to Sunderland Royal Hospital before she was transferred to Newcastle's Royal Victoria Infirmary.

Medics initially thought the pain might be down to stress, but after various tests and two MRI scans they found her spinal cord was inflamed.

Malika was then diagnosed with transverse myelitis and several surgeries were unsuccessful in trying to help her regain feeling beneath her chest.

Heartbreakingly, doctors have told Debbie any chance Malika will regain feeling in the future is "extremely slim".

"They've done so many tests but they still have no idea what caused it," the mum said.

"We were told to actually get a child with it is less than a one in a million and it's even rarer that they can't find a cause." 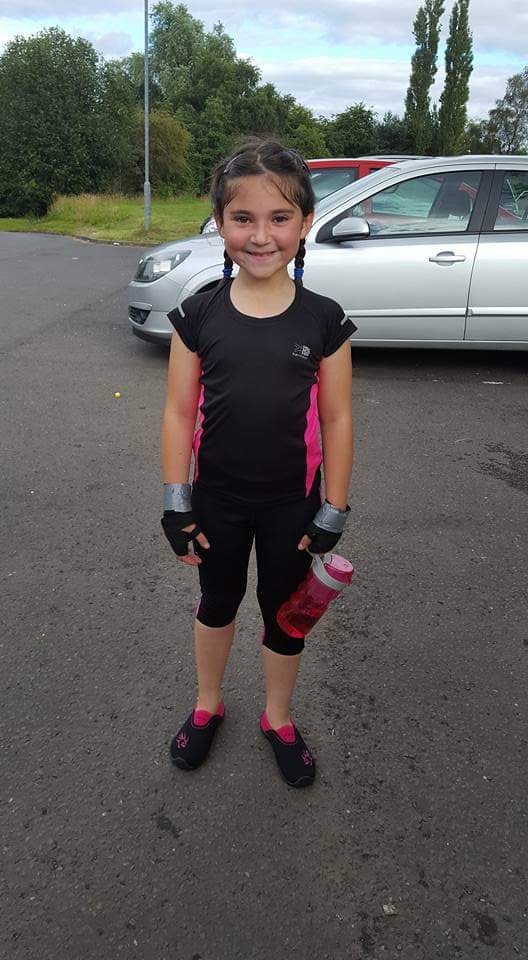 Debbie went on: "She can move her left arm and hand which is lucky because she's left-handed. She can still move her right arm but she has no grip in her right hand.

"She needs constant care so I've been training to be able to do everything I can for her at hone.

"We were told to actually get a child with it is less than a one in a million and it's even rarer that they can't find a cause."

The family are now waiting to move into a new home which can be adapted to meet Malika's needs as they cannot adapt their current home.

It was a dream house for the family, but now all the furniture from the living room has had to moved into the shed to make room for Malika.

Debbie said: "I've spent 90 per cent of my time sleeping on the sofa but our house is just not suitable.

"It's a nice home, it's a lovely area, it's where we wanted to be. Thankfully we have a big living room so we've moved all the furniture into the shed.

"We've had to put a curtain up just to separate the space up because she needs privacy.

"She can't shower because we've got no downstairs bathroom so she's having bed baths which isn't ideal because she's coming up to being a teenager."

Despite her ordeal however, Debbie said Malika still remains a "bubbly and happy child" who can still "make me smile"

But the diagnosis has "shattered the family" and Malikadoes have her rough days, even losing her hair due to stress. 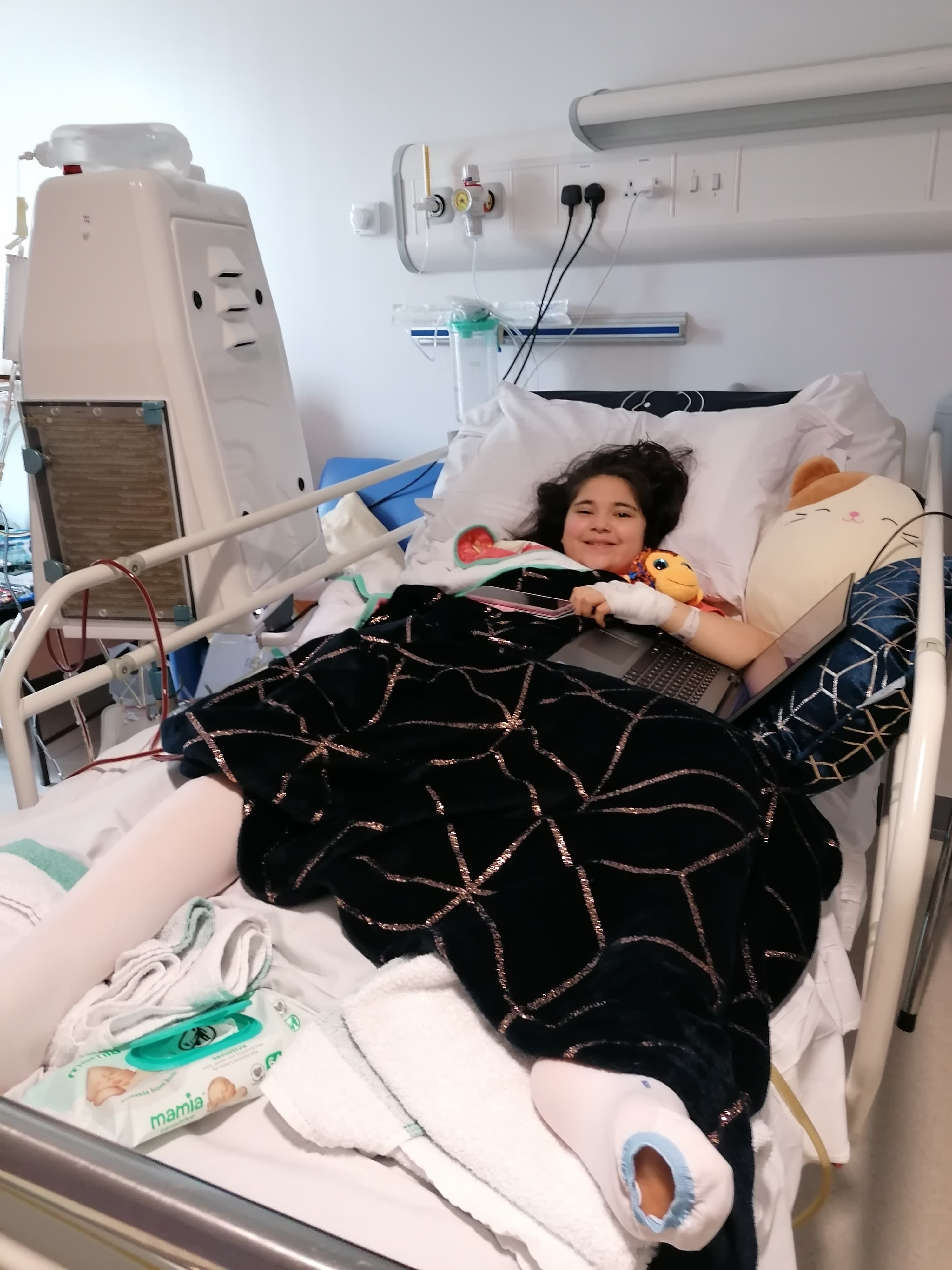 Debbie said: "She's coped amazingly well she has her up and down days. She was quite down about it at first and was losing her hair due to the stress.

"She was in hospital through the whole of lockdown so she found it really hard not being able to go home to see her sister.

"She's been doing gymnasts since she was three and loved boxing and running. She only recently joined the school's football team.

"We couldn't walk around the supermarket without her doing the splits. She loved being active so it's heartbreaking she can't do any of that now."

The mum has now set up a GoFundMe to raise some funds to help them move somewhere more suitable.

She said: "The amount of support we've had has just been amazing.

"We even had someone from New Zealand donate £50."