‘Now slash taxes even further’: Tory MPs fear Rishi Sunak’s £15bn of cuts won’t be enough for families struggling with the rising cost of living amid warnings of a record squeeze on incomes

In his annual Spring Statement yesterday, the Chancellor laid the groundwork for an election in two years with a £15billion package of tax cuts to help ease the cost-of-living crisis.

Mr Sunak announced a massive increase in the starting threshold for paying national insurance, worth £330 to an average earner, in a move that will effectively ‘spike the hike’ for most.

And in a significant declaration of intent, he made a dramatic pledge to cut the basic rate of income tax by a penny in the pound in 2024 – adding that he ultimately hoped to ‘go further’.

The Chancellor is understood to be targeting a 2p cut in income tax by the election, with further reductions to follow, as he tries to restore the Tories’ battered reputation on tax.

But in a set of new forecasts yesterday, the Office for Budget Responsibility warned that, even with the tax cuts, the next 12 months will bring the biggest fall in living standards since records began in the mid-1950s.

The independent watchdog warned living standards would not now return to pre-pandemic levels until 2024, inflation would peak at close to 9 per cent and the overall tax burden would reach a record post-war level.

Senior Tories urged the Chancellor to move further in cutting taxes for working families to help them cope with cost-of-living pressures, using the ‘wiggle room’ he has from soaring tax revenues and lower than expected borrowing. 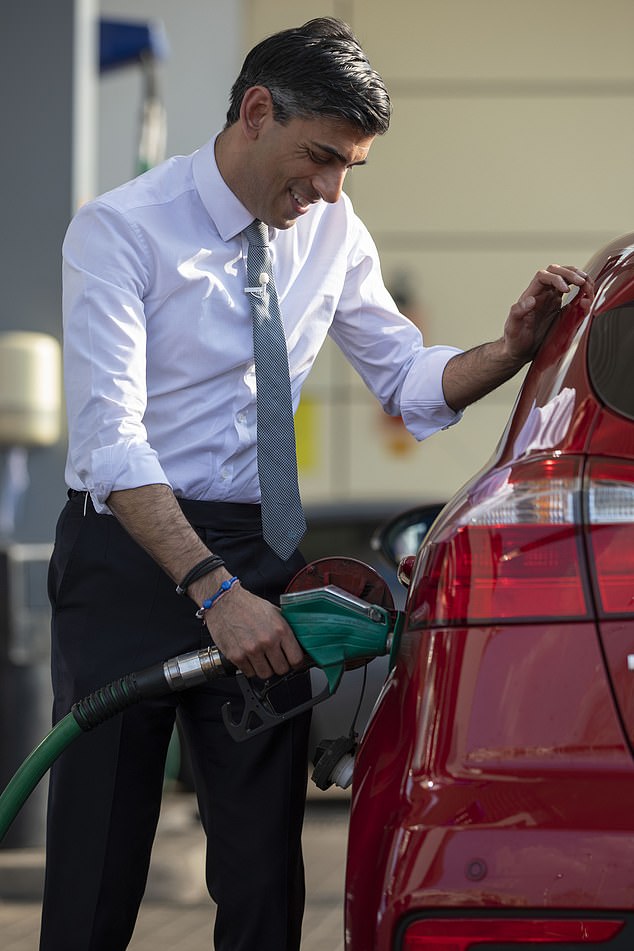 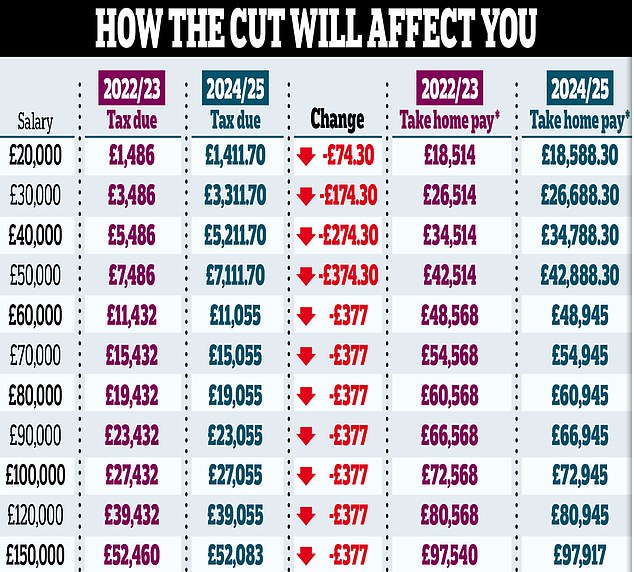 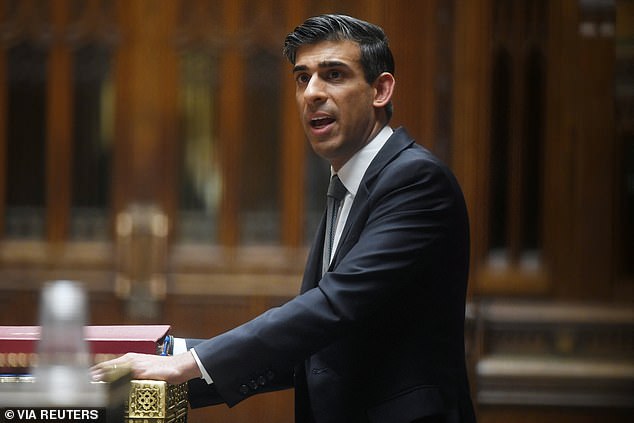 Former Cabinet minister Sir John Redwood said: ‘A cut in income tax is always welcome but the fall in borrowing suggests he could go further, and I would like to see us move faster.

‘We should be cutting taxes now to boost the economy – that’s the way to increase revenues.’

And former Tory leader Sir Iain Duncan Smith said: ‘Today’s tax cuts are welcome but the Chancellor should have gone further to ease the burden on working families.’

In his Spring Statement, the Chancellor acknowledged the Government ‘cannot protect everyone’ from the impact of a global surge in inflation, but insisted the measures would help soften the blow.

‘I wish I could – but I can’t – protect everyone against the full impact of those global challenges,’ he said. ‘But where we can make a difference, of course we will and that’s why the policies announced today are a significant intervention.

‘They will put billions of pounds back in the pockets of hard-working British families.’

While he rejected calls to scrap next month’s controversial 1.25 percentage point rise in national insurance, the move to significantly lift the threshold at which workers start paying the tax means around 70 per cent will now end up being better off.

And the pledge to slash 1p from income tax is worth £175 to an average earner.

But the figures also revealed that Mr Sunak has salted away most of a £50billion windfall from improved public finances, suggesting he will have a massive war chest for possible further tax cuts before an election that now looks certain to come in 2024.

In a wide-ranging mini-Budget: 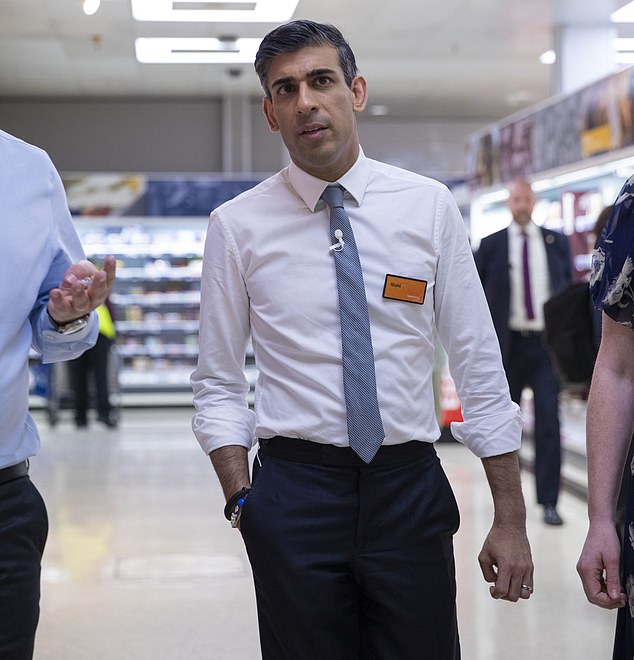 Mr Sunak originally planned to make modest tax changes. But Boris Johnson is said to have insisted on a bigger package of measures after it became clear the war in Ukraine would have a huge impact on already rising prices.

Some of the changes, including the fuel duty cut, were only agreed in the last few days amid tense talks between No 10 and the Treasury, meaning they could not go through the normal assessment by the Office for Budget Responsibility.

The Chancellor stubbornly resisted calls to spike next month’s national insurance rise. But a Treasury source said the huge rise in thresholds meant the 70 per cent of workers on £37,000 or less would still be better off, adding: ‘It has been spiked for most people’.

The change to thresholds will cost £6billion and was agreed so late that it cannot be brought in until July because of the need to give employers time to adjust payroll software.

As a result, millions of people’s tax bills will still rise next month before falling back again in the summer.

The Employment Allowance for small firms will also increase from £4,000 to £5,000, allowing them to offset the rise in NI.

The Treasury last night insisted that the NHS would still get the £12billion that was due to be raised from the so-called health and social care. But with the rise in thresholds eating away half of its value, the remainder will now come from general taxation.

Shadow Chancellor Rachel Reeves said Mr Sunak had made a ‘historic mistake’ by sticking with the NI rise.

MINI-BUDGET AT A GLANCE

■ Employment Allowance, which gives relief on NI for small businesses, increased from £4,000 to £5,000

■ VAT on solar panels, heat pumps and insulation cut from 5 per cent to zero

■ Another £500million for councils to help the poorest with their bills

■ But Office for Budget Responsibility warns average energy bills will soar to more than £2,800 a year from October, when price cap is likely to rise by record £830

■ Households face the biggest fall in living standards on record

■ Ukraine crisis has seen OBR slash 2022 growth forecast to 3.8%, from its previous prediction of 6%

■ No extra money for defence, despite the war in Ukraine

■ No increase to Universal Credit or the state pension as inflation hits 6.2%