A Conservative MP has revealed how a ‘tracked’ parcel containing a used nappy and addressed to his wife was sent to his home this morning.

Johnny Mercer, 39, who represents Plymouth Moor View in Devon, posted the graphic images on social media after his wife, Felicity Cornelius-Mercer, was sent the soiled item in the post.

Sharing images of the package, which contained a ‘used’ nappy covered in a brown excrement-coloured substance, the MP wrote: ‘I publicise this stuff not because I want sympathy – I’m very privileged.

‘But I do think people should be aware of what getting involved in politics is really like in 2020 Britain. This was mailed to my wife (not me) this morning. Tracked as well.’ 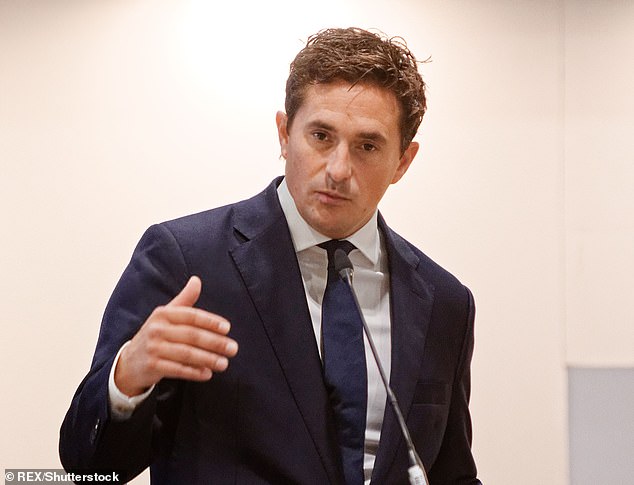 Conservative MP for Plymouth Moor View, Johnny Mercer, 39, has revealed his wife was sent a soiled nappy in the post 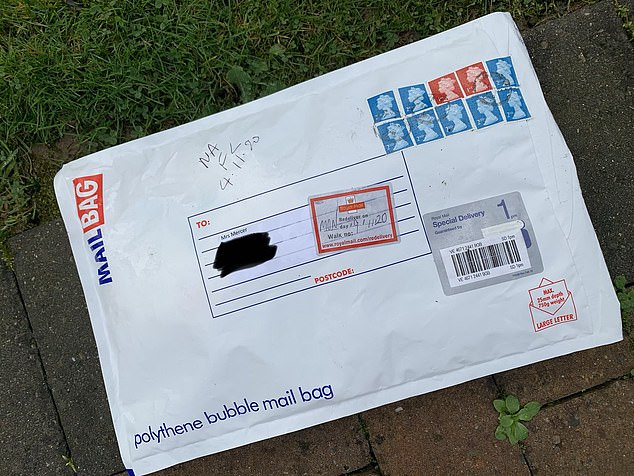 The package, which was addressed to his wife Felicity Cornelius-Mercer, was sent via one day ‘special delivery’ to the couple’s home 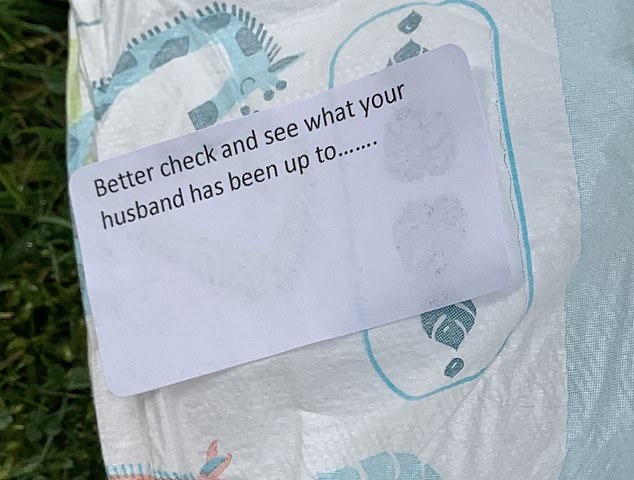 A label stuck on the outside of the diaper read: ‘Better check and see what your husband has been up to’ 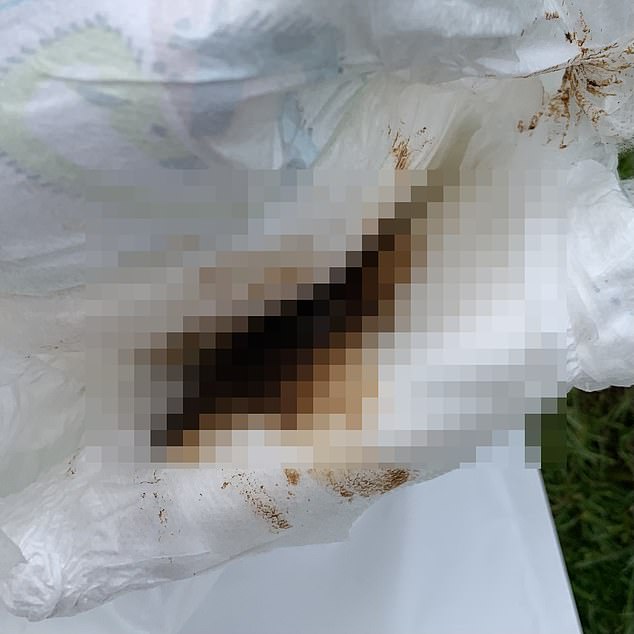 The nappy, which was sent in a tracked parcel, appeared to be covered in a brown excrement-coloured substance

A label on the outside of the nappy read: ‘Better check and see what your husband has been up to.’

While a snap of the parcel’s packaging also revealed that the parcel was sent via one day ‘special delivery’ to the couple’s home.

While another user wrote: ‘This is just unacceptable. Sorry to see this, Johnny. Whilst we may disagree, this is not the way anyone should air their grievances – civil debate is the only way.’

Another added: ‘Absolutely disgusting what some people will stoop to.’

Elsewhere another person commented: ‘This is truly horrible. I’m sorry you and your wife have to deal with this sort of thing. There’s no excuse for it at all.’

Mr Mercer, a former army officer, was first elected to the House of Commons as the MP for Plymouth Moor View in 2015.

He faced a backlash last month for tweeting about having a ‘tough week’ after voting against footballer Marcus Rashford’s campaign for free school meals over the school holidays until Easter 2021. 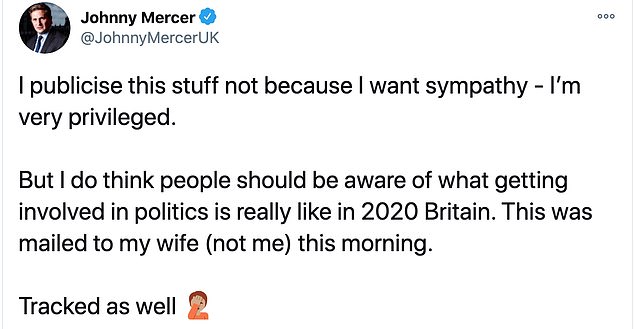 Social media users immediately rushed to the platform to condemn the act, with one saying it was ‘truly horrible’

The motion to offer food aid to vulnerable families over the school holidays was defeated in the House of Commons by 322 votes to 261.

Following the vote the Tory MP shared an image of himself in Dartmoor alongside the message: ‘Really tough old week in politics.

‘No-one said it would be easy. But when you get to come up here for your end-of-week clear-the-head session, it all seems ok. #dartmoor.’

However the school meals defeat sparked a fierce backlash and in October, more than 740,000 people signed a petition to end the subsidised meals for MP.

The latest petition, which was launched on 38 Degrees, said: ‘MPs have voted against extending free school meals into the holidays for the poorest children in the UK, in the middle of a pandemic.

‘They should under no circumstances benefit from free or subsidised meals out of public funds themselves.’