London: European wolves risk losing their protected status amid fierce political pressure from farmers and rural communities who claim their growing numbers are again fuelling a rise in attacks on livestock across the Continent.

Wolf populations, along with other predators such as bears, lynx and wolverines, have risen dramatically in the past decade, after being effectively wiped out across parts of Western Europe in the 19th and 20th centuries to curb livestock attacks. 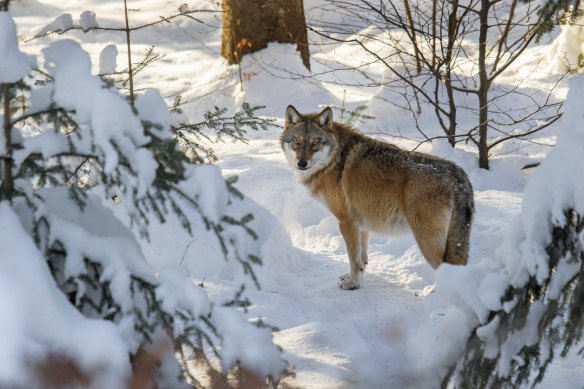 A solitary grey wolf (or Canis lupus a species that includes the Eurasian wolf) hunts in a European forest. Credit:Universal/Getty Images

Conservation efforts have helped boost wolves’ numbers from an estimated 12,000 in 2012 to around 21,500 across mainland Europe, including in the Netherlands, Belgium and Luxembourg. Those efforts have also restored natural processes that have kept prey such as deer and wild boars down.

But their return has reignited tensions with the farming communities and several populist political parties are now calling for the wolves’ high protection status in the European Union to be scrapped.

In France, more than 10,000 sheep are now killed by wolves each year, mainly in the mountainous areas along its eastern border with Italy and Switzerland. They have also frequently been spotted in the Pyrenees along the border with Spain and in rare sightings in Normandy, northern France.

The Swiss-based wolf-protection association Gruppe Wolf Schweiz said the recent growth in the number of wolf packs in the Alps was “exponential”, rising from around 250 packs in 2021 to more than 300 this year. A pack is defined as at least two adult animals with pups.

“The wolf is here to stay,” the group said, noting that numbers were likely to rise until the predators cover all territory fit for their habitation. This would mean around 800 packs in the next five years. 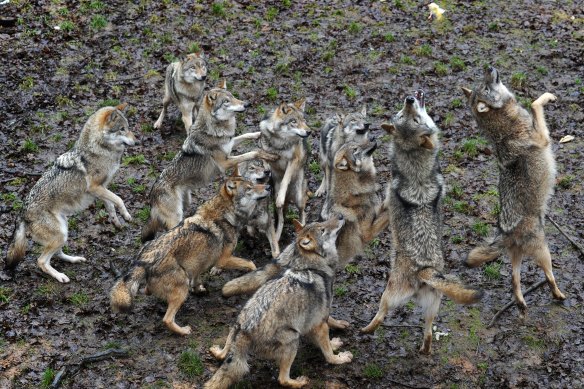 A pack of Eurasian wolves are fed in their enclosure at the Wildpark Schloss Tambach in the southern German city of Tambach.Credit:Getty

There are five subspecies of wolf found in Europe, of which the Eurasian wolf, with its relatively short and coarse tawny fur, is the most common. On average, it weighs around 40 kilograms. Many Eurasian wolf populations are forced to dine largely on livestock and rubbish in human-dominated areas, although in Eastern Europe wild hoofed animals, such as moose, deer and wild boar, remain their most important food sources.

In Germany wolf populations are growing by 36 per cent annually and are crossing the eastern border into the Dutch province of Drenthe, where at least 32 sheep and cows were killed in September, according to government figures. Authorities in parts of the Netherlands have approved wolves being shot with paintballs, amid fears they are becoming so unafraid of humans that they could pose serious danger. 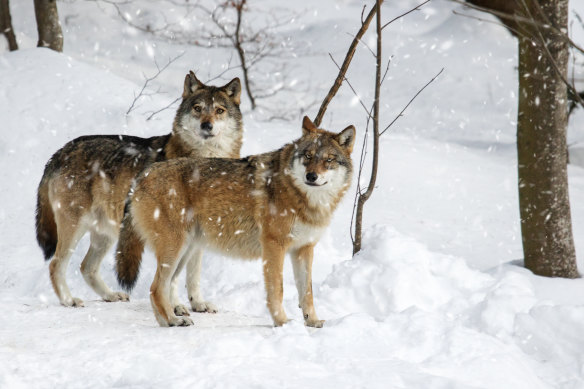 The number of wolf packs has risen across Europe thanks to the efforts of conservationists and an EU protection directive.Credit:Universal/Getty Images

The animal is afforded strict legal protection status in the EU Habitats Directive, which helps conserve Europe’s most vulnerable and valuable species. It means that all forms of deliberate capture or killing of wolves in the wild are prohibited.

In March, a coalition of European farmers, landowners and hunters argued that nature legislation had been too successful in protecting large carnivores like wolves, and this had wreaked havoc on commercial activities and other species.

On Thursday, the European Parliament passed a resolution, 306 votes to 225, calling on the European Commission to mitigate the protection status of wolves and bears, to save livestock and manage potential risks to humans. 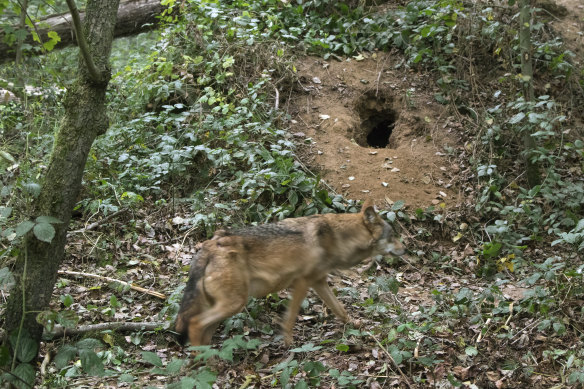 A grey wolf near a den dug in the forest. Credit:Universal/Getty Images

Herbert Dorfmann, an Italian MEP with the European People’s Party, said it should not be taboo to discuss the need for managing wolf populations.

In Slovakia, where a new law providing year-round protection for wolves in was passed in June 2021, the issue has bitterly divided the agricultural community and environmental advocates. Farmers alleged an increase in numbers and attacks, but the country’s government has no official figures showing an actual increase in the population.

Reineke Hameleers, chief executive of the Brussels-based campaign group Eurogroup for Animals, said wolves were “beautiful” creatures that had been “unfairly persecuted.”

She said six out of nine wolf populations in Europe were still vulnerable or near threatened, and favourable conservation status had not been reached in six out of seven EU biogeographical regions.

Hameleers said that culling was not the answer, but that instead farmers must find “collaborative and fair solutions”, such as raising fences, adding electric wires and guarding dogs.

He said the present number of sheep affected stood at only 0.0 per cent, adding he did not believe that there was a crisis of sheep farming caused by large carnivores.

“We need to act very carefully. We believe that strict protection status is still necessary to be able to achieve and to maintain a favourable conservation status,” he said.