FAR-RIGHT firebrand Tommy Robinson faces a police probe, a match ban and police surveillance after being caught on video "sucker punching" an England fan in Portugal. 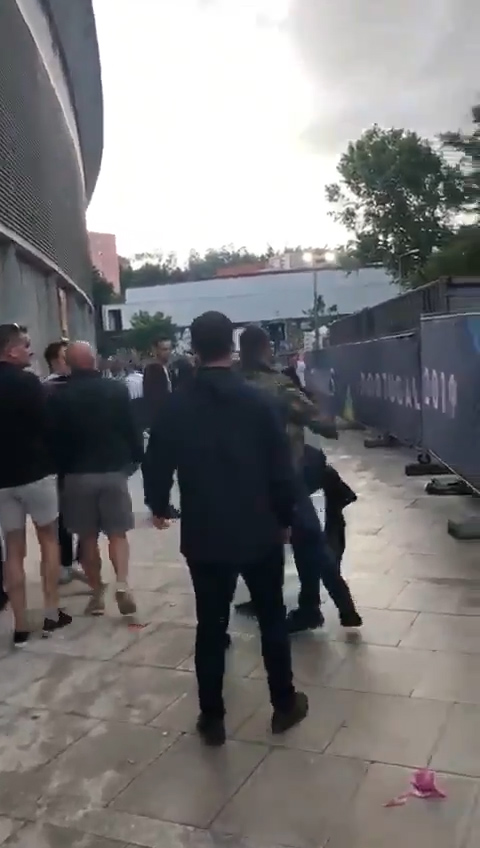 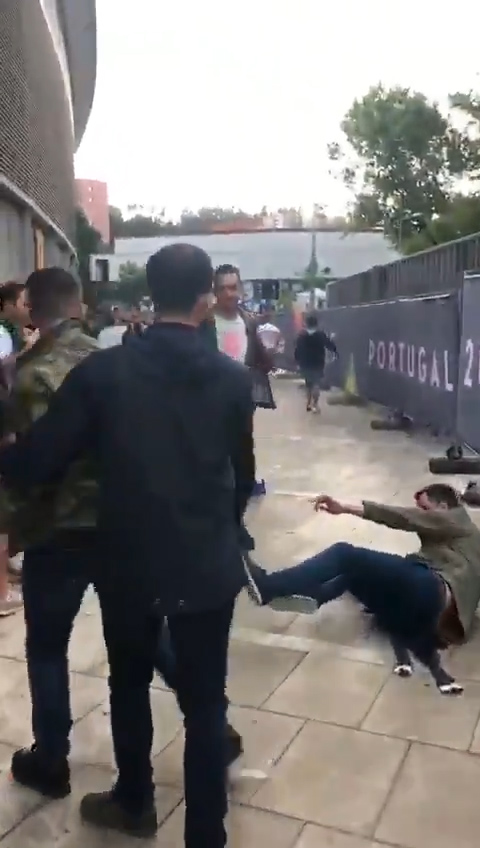 Video showed him punching a red shirted England fan after approaching him from behind before the 3-1 defeat to Holland in Guimaraes on Thursday.

The 36-year-old sent the stunned fan sprawling to the ground but insisted he was acting in self-defence after being threatened.

Portuguese police now say they are studying ways in which they can ban Robinson from attending Sunday’s match and want UK police teams to help track his movements.

Sources said they would enlist the help of specialist yob spotters to “make sure they stay on his tail”.

Robinson – whose real name is Stephen Yaxley-Lennon – today released a video admitting the attack, but claimed the England fan had confronted him twice before he lashed out.

A man walking alongside him shouts “'who said that” at a group ahead of him then as the victim turns, Robinson fells him with a single punch.

Seconds later Robinson walks calmly away as a man's voice is heard saying: “You'll get knocked out again, bruv.” Another shouts “Go on, Tommy lad.”

Portuguese police said they were attempting to track down the man who was attacked and would investigate if he made a compliant.

In a video put online showing him wearing the same distinctive jacket before the game, Robinson winks at the camera, saying: “I'm in Portugal, going the game. No football banning order here mate.”

The remark sneers a banning order for inciting hate against Muslims which the activist was handed in 2016 for waving a flag reading 'f*** ISIS' at a Euros match.

The provocation the former football hooligan alleges is not shown in the video.