My father Tommy Cooper was no wife-beater – I need to set the record straight, says late comic’s daughter after ITV drama portrayed him as an alcoholic thug

Tommy Cooper’s daughter has insisted the late comedian was not a wife-beater, four years after an ITV drama portrayed him as a violent alcoholic.

The programme Not Like That, Like This, in which Cooper was played by David Threlfall, showed him punching his wife.

But Vicky Cooper, 64, described the 2014 show as a ‘character assassination’ saying she had never seen her father act violently.

She said it was time to set the record straight about Cooper, who died after a heart attack on live television in 1984. 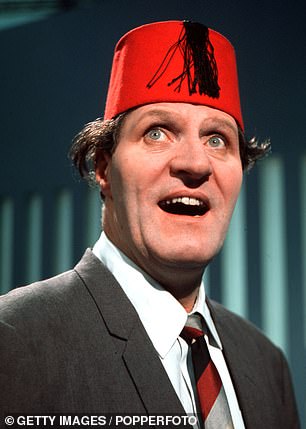 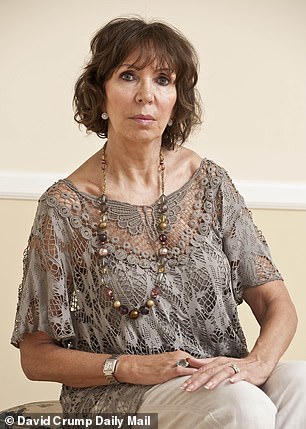 Vicky Cooper, right, said it was time to set the record straight about her comedian father Tommy Cooper, left, after an ITV drama four years ago which portrayed him as violent

The programme ‘misrepresented’ Cooper and watching it was ‘like seeing my family history rewritten,’ she said at the time.

She acknowledged Cooper had an affair with his assistant Mary Fieldhouse but denied he had been violent towards either her or his wife Gwen.

In one scene in the programme he is seen having a drunken brawl with Gwen, played by Amanda Redman, in which he punches her in the face.

Another scene shows his mistress left with a bruise on her cheek after she apparently refused to let him have more alcohol  after a night of heavy drinking.

The comedian, who was born in 1921, died after collapsing during a live broadcast in 1984.

He had daughter Vicky and son Thomas – who died in 1988 – with his wife Gwen.

The late comic will be remembered in a TV special on Christmas Day, with stars including Sir Michael Parkinson, Jimmy Tarbuck and Chris Tarrant among those reflecting on Cooper’s life and career. 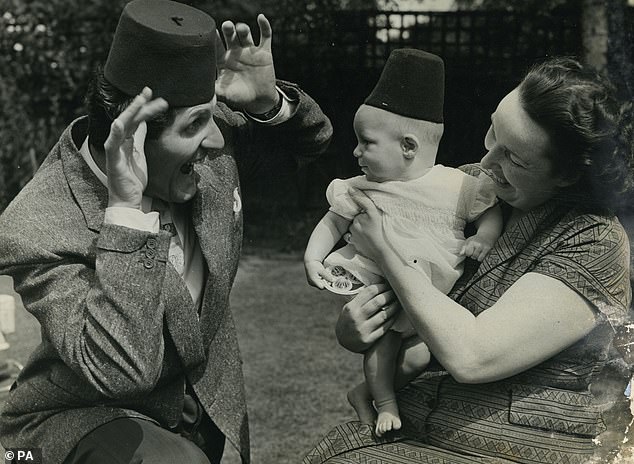 Tommy Cooper with his daughter Vicky and wife Gwen. His daughter has spoken out to defend her father against claims that he was violent towards his wife and mistress

The Channel 5 programme will also see his Vicky give her first TV interview following years of abstaining, ‘because of the grief’.

Ms Cooper said, of her change of heart: ‘It all of a sudden came to me – I owe it to his public, for them to know about the real man. And to show my love and respect for him.

‘I do still miss him dreadfully, I really do – and for a long time I still have a bit of trouble watching him on television. Because that hole is there.

‘I never realised that he was such a genius, because he was my father.’

Speaking of growing up with Cooper, she said he was ‘a wonderful family man, he really was’.

Tommy Cooper: In His Own Words airs on Christmas Day at 9.15pm on Channel 5.