It's TobyKeith's time again. The 21-year-old chihuahua has regained the title of the world's oldest living dog.

Pebbles earned the crown after her owners Bobby and Julie Gregory read about TobyKeith, when the Florida dog was deemed the world's oldest by Guinness in April. The Gregorys realized Pebbles was older and applied for the record, which Guinness awarded to Pebbles in May. 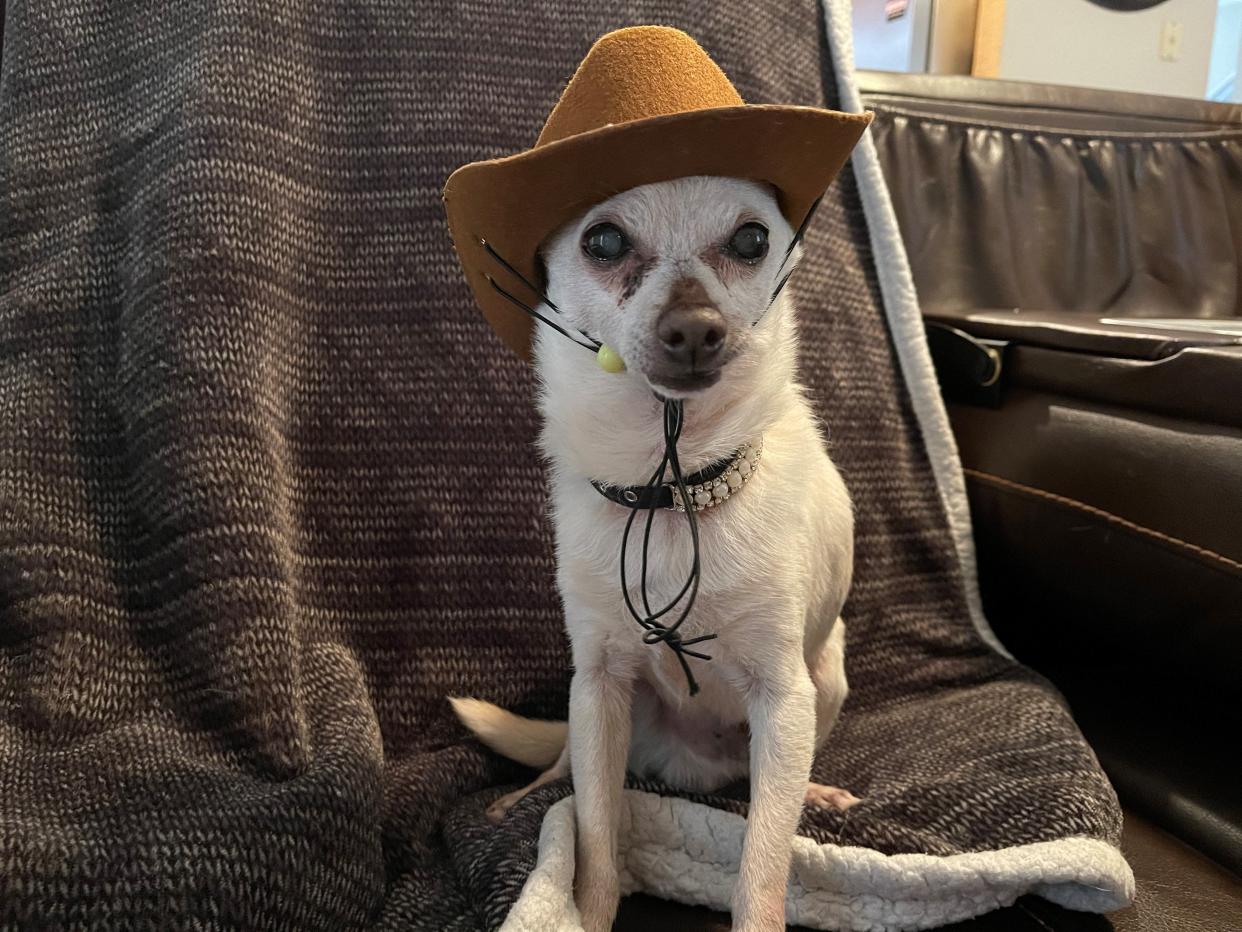 And she was recently notified by Guinness that TobyKeith was "back on his throne," Shore said.

TobyKeith, who is 21¾ years old had his regular six-month visit with the veterinarian last month, and "he is in perfect health," Shore said.

Shore says she takes it easy on TobyKeith, who enjoys going on walks in the neighborhood and letting him roam around their yard. "He loves to sunbathe 10 to 15 minutes a day," she said.

He also enjoys trips to the park and frequent car rides, at least three times a week. Shore cracks the window down, "but only at a stop light," she said.

"And I do take him to get his pedicures … about every four weeks." 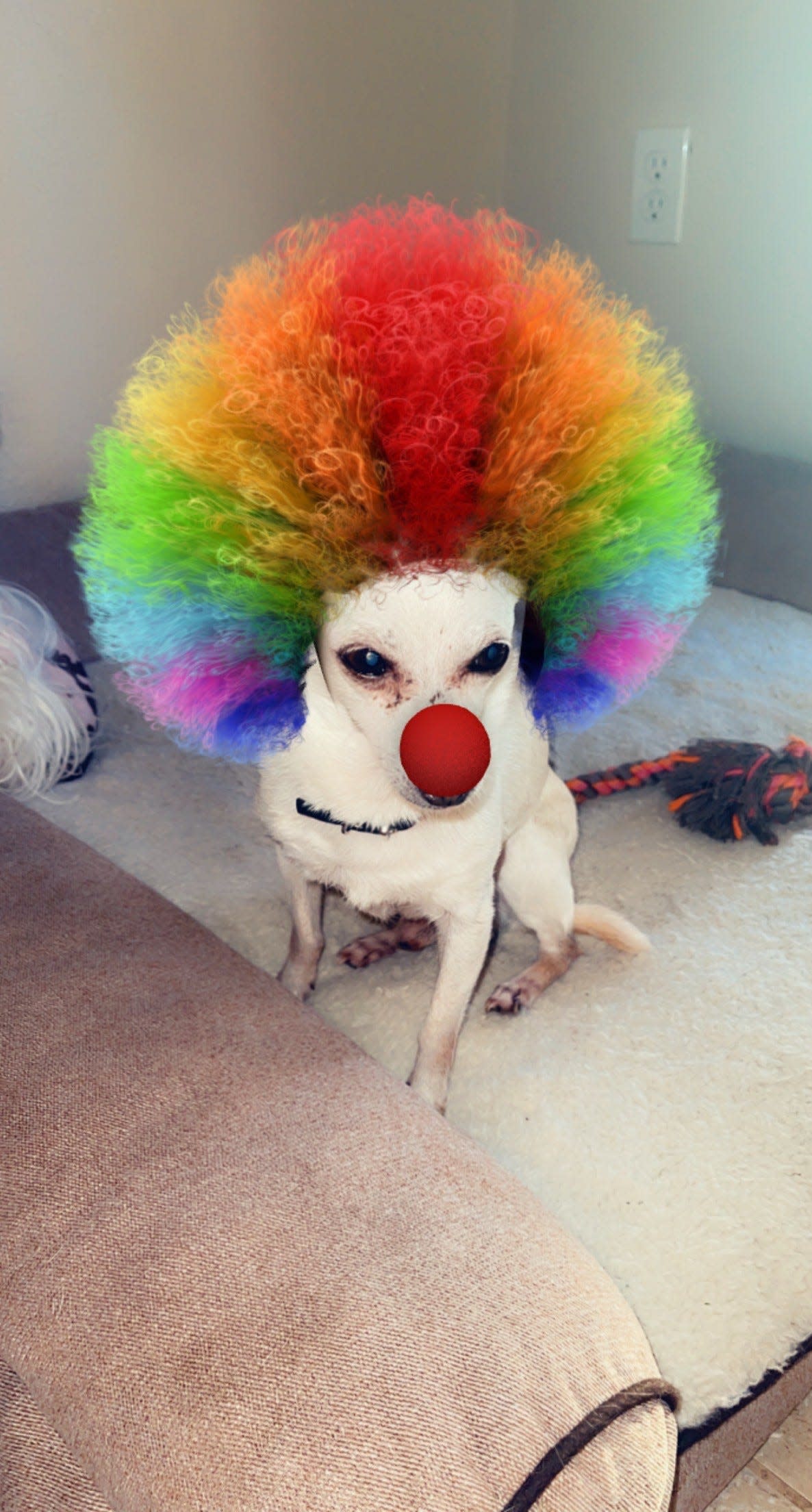 What's everyone talking about?: Sign up for our trending newsletter to get the latest news of the day

"As a treat, he still enjoys his carrots (minced into tiny little bites), and a little piece of turkey in the morning. That's what he eats almost every day," Shore said.

A sales rep, Shore does about half of her work from home. "He's either right behind me," cuddled at her back in her work chair, "or at my feet," she said. "I think he's looking for heat." 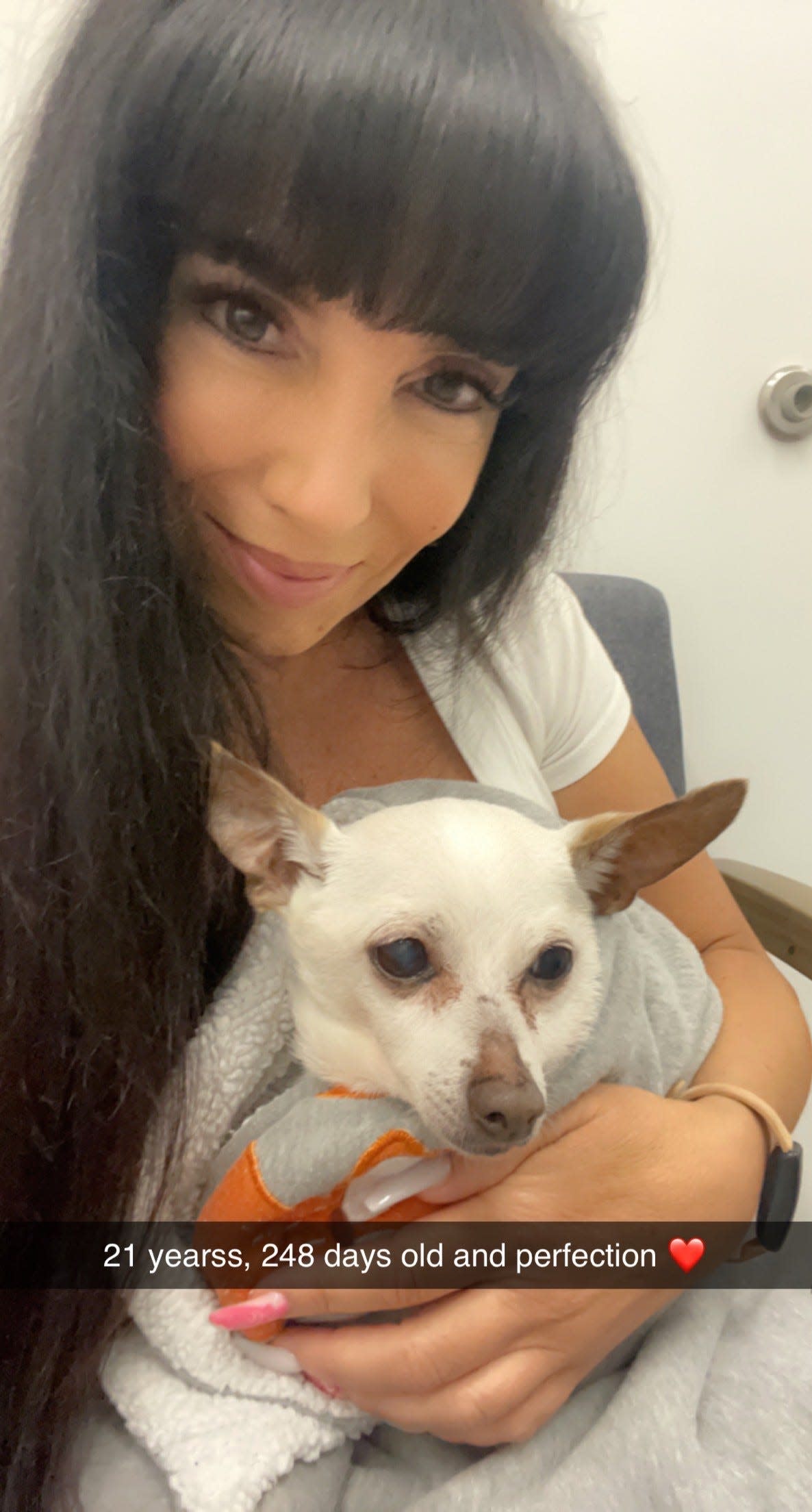 Oh, and about that name. Shore told Guinness she adopted the chihuahua as a puppy after an elderly couple surrendered him to a shelter because they could no longer care for the dog, which had originally been named "Peanut Butter."

A country music fan, Shore had tickets to a Toby Keith concert about the time she connected with her new puppy. "And I just thought it would be funny to name a tiny little three-pound dog after this big, 6-foot, 250-pound man," Shore said.