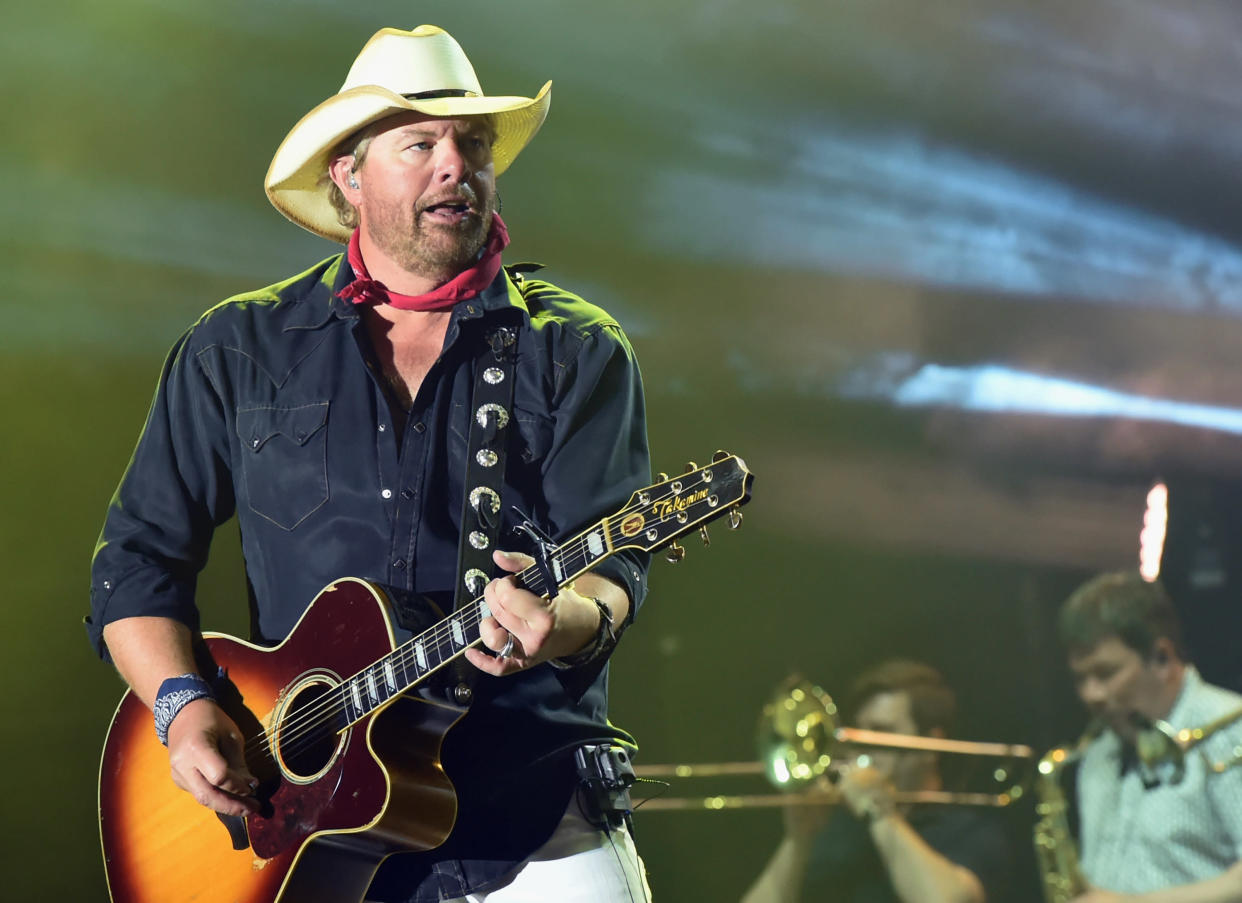 Toby Keith was diagnosed with stomach cancer last fall, the country music star revealed in an Instagram post on Sunday.

According to the post — the first public acknowledgment of his health battle, the 60-year-old musician has been privately undergoing treatment.

The “Should’ve Been a Cowboy” singer — known for his politically charged lyrics and patriotic stance — added that he needs “time to breathe, recover and relax.”

While Keith didn’t share more about his prognosis, his message ended on something of an upbeat note.

“I am looking forward to spending this time with my family,” the Oklahoma native, who shares three children with wife Tricia, wrote. “But I will see the fans sooner than later. I can’t wait.”

Keith’s announcement was met with messages of support as fans offered up prayers for his recovery.

Meanwhile, local CBS affiliate WBNS reports that Keith’s scheduled July 28 performance at the Ohio State Fair has been canceled, per a tweet from organizers.

Our hearts go out to Toby Keith as he courageously battles cancer. Tickets purchased from Ticketmaster for his #ohiostatefair show on July 28, which has been cancelled, will be automatically refunded. Any information about an alternate concert on July 28 is forthcoming. https://t.co/Qi7rl0UagL