Tiffany Trump is looking back on her engagement one year ago, at the White House, and her life ahead.

"A year ago this precious moment happened," Tiffany's mom, Marla Maples (President Trump's second ex-wife), wrote on her own Instagram.

Tiffany, a 28-year-old recent Georgetown Law School grad, initially announced her engagement to Boulos in a farewell social media post in 2021 as the Trump administration was ending, days after the Jan. 6 pro-Trump rioting at the U.S. Capitol.

Tiffany has been focused on her own next chapter with Boulos, the son of a wealthy family with businesses in Nigeria, sources previously told PEOPLE.

"She has been excited and wedding planning ever since [the engagement]," a social source said in October.

The couple has been considering dual ceremonies as well, sources said. "She and Michael picked Miami because it is so multicultural," one source said. "They want to marry in Greece and may have a ceremony there with another one here in the states." 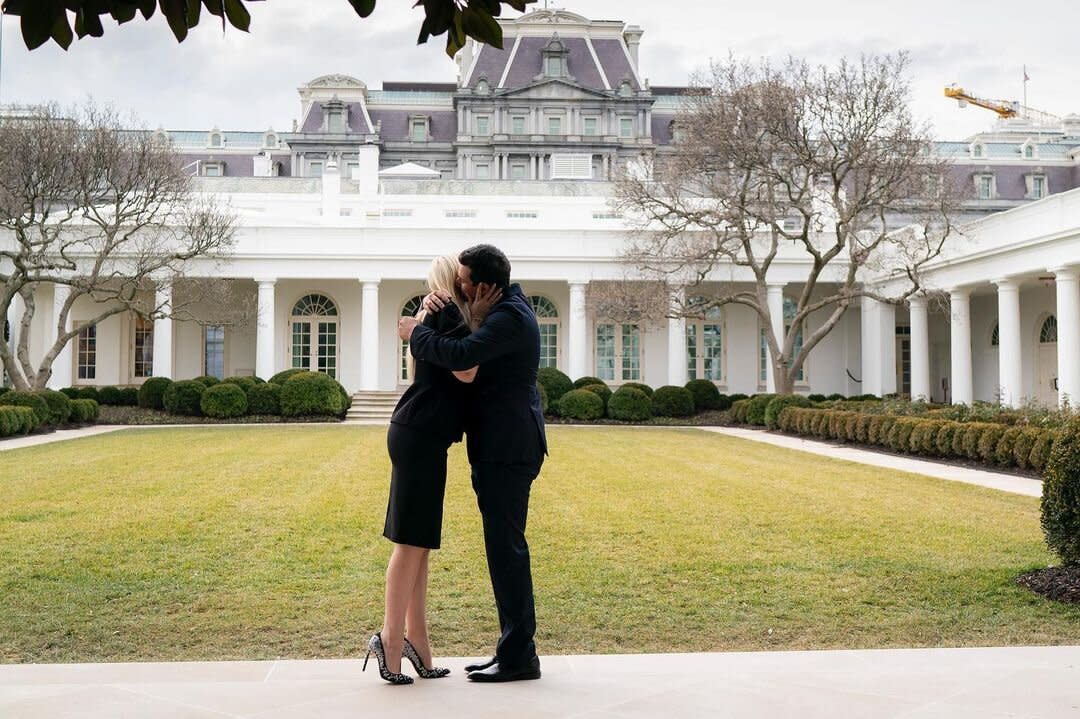 "Tiffany loves Mykonos and would like to marry around there even if she has another celebration in the U.S., maybe at Mar-a-Lago," the source said, referring to her father's private club in Palm Beach, Florida.

On one point, Tiffany and Boulos agree: "They both want to marry in a big ceremony, your basic international spectacle," a source told PEOPLE last July. "Tiffany likes the idea of a glamorous and glitzy affair and, surprisingly, so does Michael."

Tiffany, who was raised on the West Coast by Maples and who has historically had a strained relationship with President Trump, largely avoided the political spotlight sought by her older siblings and her father though she did make periodic campaign appearances.

One close Trump adviser told PEOPLE that immediately after her dad's election loss, she was — unlike some others around the family — "really Zen and level-headed about all this."

"I'm really curious to see what Tiffany does next. She's got a servant's heart, she really does," the adviser said at the time. "She'll be in some public service law, I'm convinced of it."