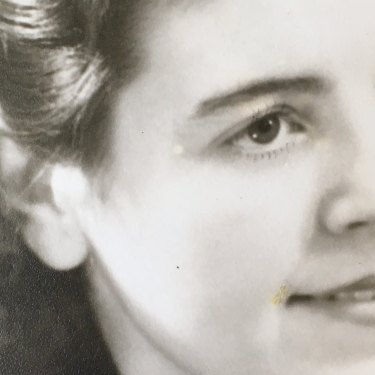 Ann Elizabeth Holmes (nee Mateer), born in Belfast, died this month in a Melbourne hospital after contracting the coronavirus.

Ann Elizabeth Holmes was working as a weaver of Irish linen in Belfast when a colleague said she was going to the recruitment office in her lunch break to sign up to serve in World War II.

Ann, in her late teens, was inspired to do the same. It was a decision that would lead to the most exciting years of her life. 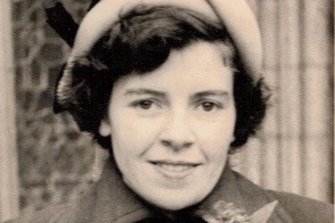 The young Belfast woman served in the British Army for more than four years, targeting enemy aircraft which had been sent to bomb Britain.

"Most nights of the war, her job was to track with cathode-ray oscilloscopes the enemy aircraft coming in over London," says daughter Chris.

"Her job was to track the plane until the gunners would fire.

"So she saw active duty. Not many women would have had that."

Many decades later, some high school students doing a school project asked Ann if she had been scared during these years. 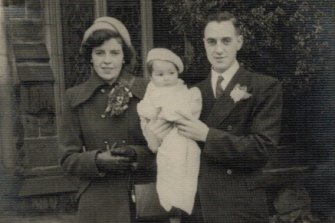 Ann and Bob with their first daughter, Chris.

Her response: “The only time I was scared was when I was off duty, coming home from a dance and there was an air raid.

“But I was never scared when I had a job to do."

Ann was born on March 1, 1923, in Belfast, Northern Ireland, one of five children.

She was bright and though her teachers wanted her to continue her education, she left school at 14 to earn money for her family at the tail end of the Depression. 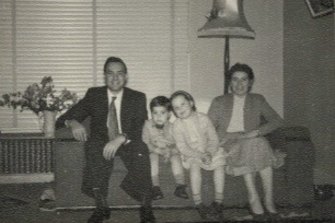 Bob and Ann with children Peter and Chris in the 1950s.

In 1940, she began her four years in the army. Later, she would often tell her family the war years were some of the best of her life.

She moved back to Ireland, where one day in early 1947, a man named Bobby was kicking around a piece of rolled-up newspaper on the street.

The makeshift soccer ball hit Ann, and a romance began.

Ann and Bob were married at the end of 1949. The following year the adventurous pair boarded a ship and – despite Bob’s brother telling him Australia was “a backward country with no roads" – they migrated.

"They were young and in love," says Chris.

In Melbourne, they had three children, Chris, Peter and Kerry.

Ann worked for the navy in an explosives factory and then as a weaver in Dickies towel factory. 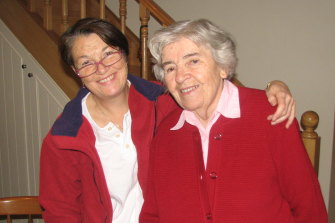 The family lived in Footscray, where Ann and Bob bought a local milk bar.

“They really were the right people to be in a milk bar," says Chris. "They were laid back and relaxed but hard-working and serious about the business. My mum loved people all her life.”

The family moved to Yarraville in 1962, to a home where Ann would live for almost six decades.

The couple loved to dance, often attending parties filled with music and laughter and food, or balls where Bob would dress in a tuxedo and Ann in a dress that she spent hours making herself.

As they got older, they spent many days caring for their seven grandchildren and four great-grandchildren. 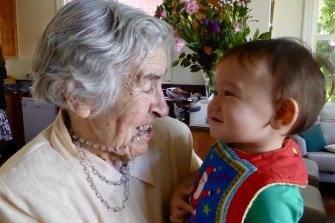 Their family treasure these memories, in particular one day several years ago when Ann, holding great-granddaughter Willow, turned to her family and said: "Can I just sit here and hold her till she is 18?"

She looked like she was in seventh heaven, says Chris' husband, Peter, who describes Ann as the "best mother-in-law in the world".

Bob developed Alzheimers and passed away in 2011, and Ann remained healthy and independent. 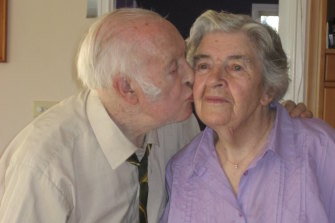 Bob and Ann were married for more than 60 years.

She was well loved by her neighbours, one of whom was comedian Adam Hills, who referenced her in an episode of his show Adam Hills Tonight.

In a segment discussing the importance of being a good neighbour, he spoke about Ann, who "moved here from Northern Ireland and occasionally invites me in for a whiskey.

"I reckon if push comes to shove, she could defend the whole street against a zombie attack," he joked.

“She believed very much in good old common sense." 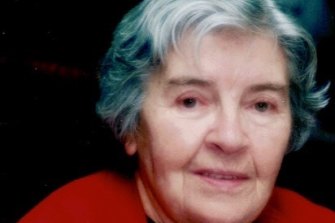 Ann, stoic and strong, passed away on September 4.

Last month, she contracted COVID-19 and moved to hospital. Chris says not being able to hug her mother felt like a physical ache in her guts.

On September 4, Ann, a remarkable woman who lived an ordinary life, passed away aged 97.

The Age welcomes submissions from families or friends who would like to pay tribute to those taken by the pandemic for inclusion within this series. Please contact [email protected] and [email protected]