This is the shocking moment a man and his accomplice steal a Poppy Appeal collection tin from a hotel reception.

The men enter the Renaissance Hotel on Nettleton Road, London, at approximately 11.30pm on November 9 before swiping the charity tin from the front desk.

Police are now releasing CCTV footage from the hotel in a bid to identify the two men wanted in connection with the theft. 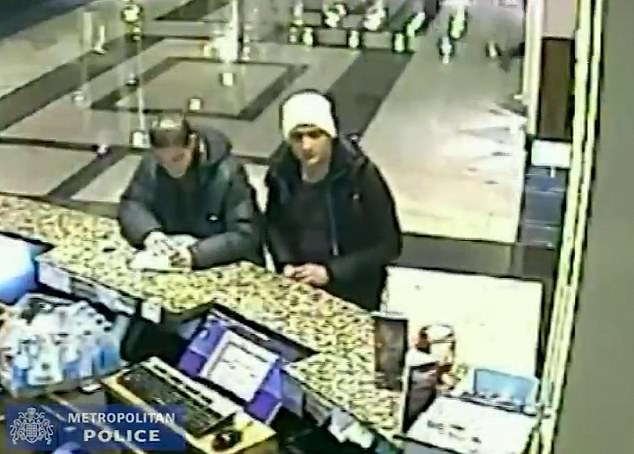 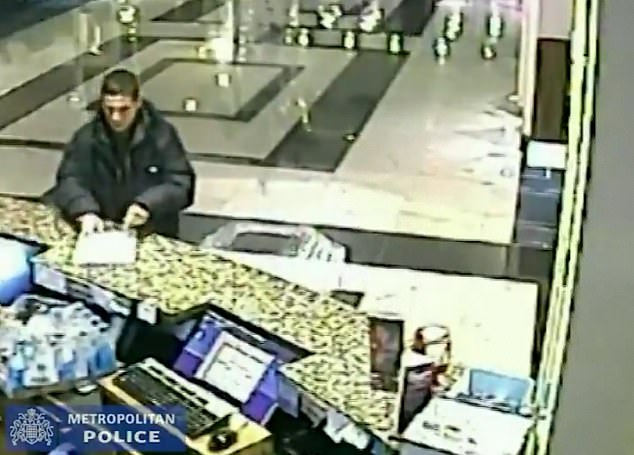 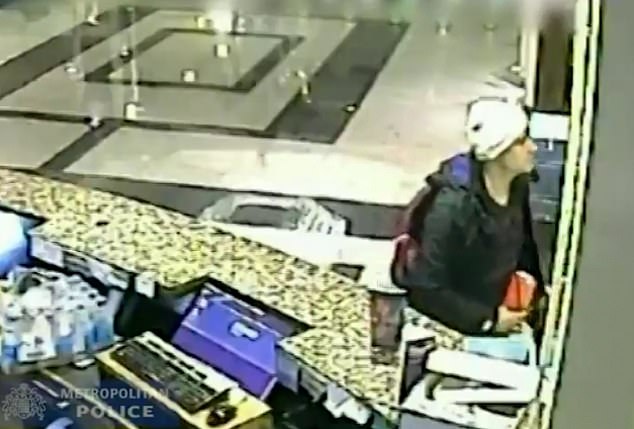 As the receptionist leaves, a second man approaches the front desk at the London hotel. The theft took place at the Renaissance Hotel on Nettleton Road, London, at approximately 11.30pm on November 9

In order to carry out the crime one of the men asks the member of staff behind the reception desk for some paper.

While the receptionist is away, and with no one looking, his accomplice approaches the desk and slowly places the Poppy Appeal collection tin underneath his jacket.

The Metropolitan Police tweeted a picture of the two men wanted in connection to the crime on their Twitter page and detectives from the Met’s Aviation Policing Command are appealing to the public in an effort to catch the men responsible. 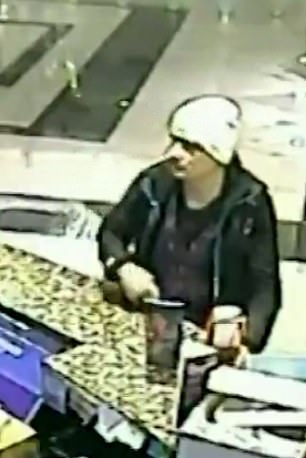 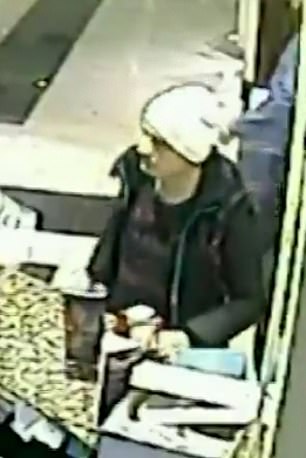 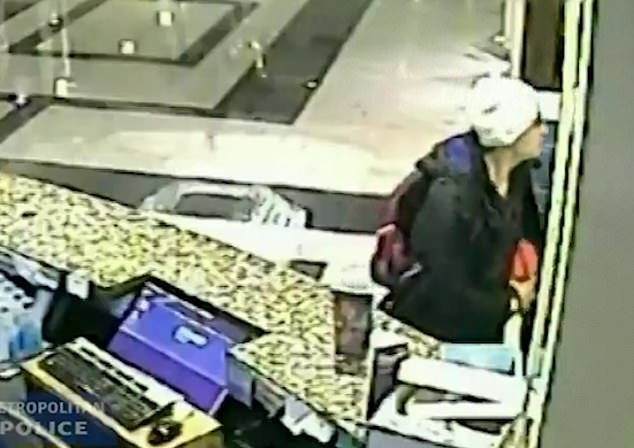 He walks away from the front desk with the Poppy Appeal charity tin hidden from view. Police are now appealing to the public for help in identifying the men

Detective Constable Kris Latham, from Aviation Police, who is investigating the case said: ‘I’d appeal to anyone who may know or recognise either of these men to get in touch with us.

‘Stealing a Poppy Appeal charity tin, or indeed any charity donation, is a despicable act and we are determined to bring those responsible to justice.

‘If you have any information, then call us on 101 or alternatively, call Crimestoppers, which is completely anonymous.’