China has told Canada there will be ‘severe consequences’ if Huawei’s chief financial officer is not released.

China’s Vice Foreign Minister Le Yucheng issued the warning on Saturday during a meeting with Canada’s ambassador to Beijing, according to a statement from the Chinese Foreign Ministry.

The arrest of Meng Wanzhou, who faces US fraud charges related to sanctions-breaking dealings with Iran, has infuriated Beijing, stoking tensions amid a trade war truce between China and the US. 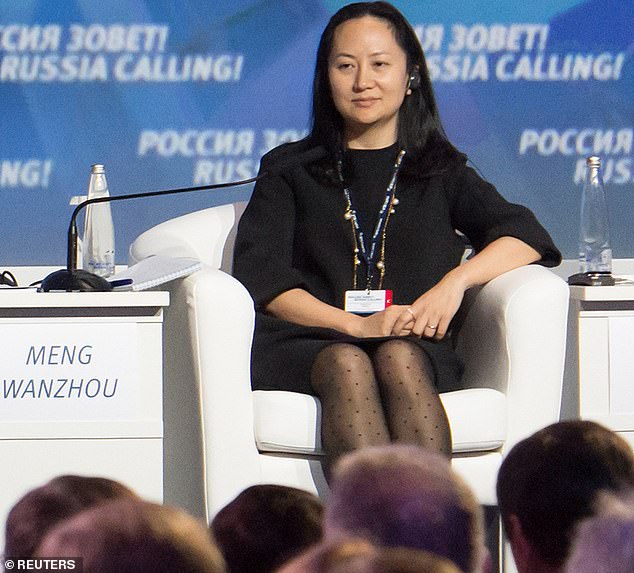 Meng Wanzhou, heiress to the Huawei technology giant, was arrested in Canada on December 1 and accused of violating American sanctions against Iran 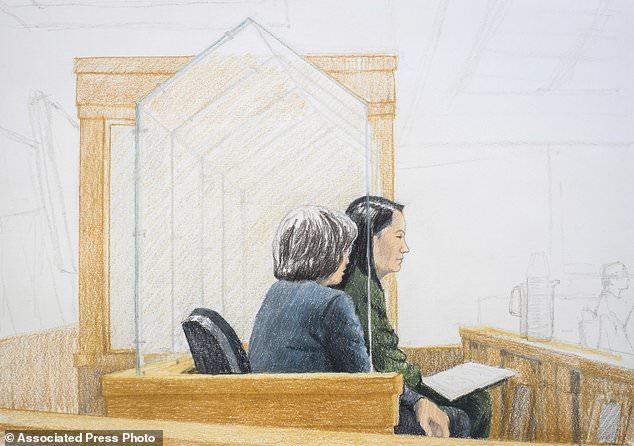 In this courtroom sketch, Meng Wanzhou, right, sits beside a translator during a bail hearing at British Columbia Supreme Court in Vancouver on Friday

Meng – the daughter of Huawei founder Ren Zhengfei – is in custody as she awaits a Canadian court’s decision on bail on Monday.

Le Yucheng summoned US ambassador Terry Branstad today and asked him to intervene in Meng’s detention.

‘Le Yucheng pointed out that the US side has seriously violated the legitimate rights and interests of Chinese citizens, and the nature of the violation is extremely bad,’ the foreign ministry said in a statement. 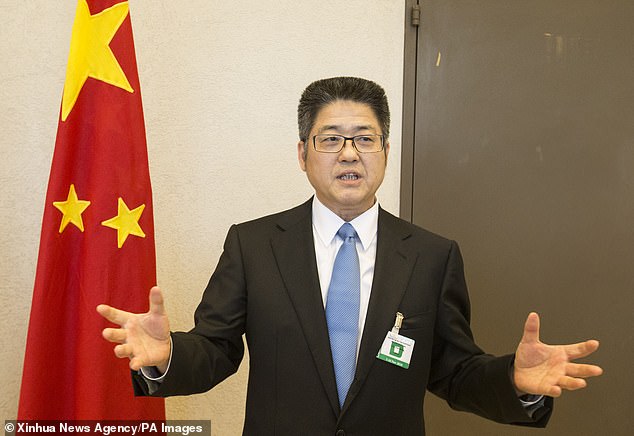 ‘The Chinese side firmly opposes this and strongly urges the United States to attach great importance to China’s solemn and just position,’ it said.

China also urged the US to ‘take immediate measures to correct wrong practices, and revoke the arrest warrant against the Chinese citizen.’

The statement warned that there would be consequences in light of the US actions.

Meng Wanzhou was arrested at Vancouver airport as she changed planes on December 1, accused of violating American sanctions against Iran.

In an editorial, the state-run Global Times wrote: ‘The Chinese government should seriously mull over the US tendency to abuse legal procedures to suppress China’s high-tech enterprises 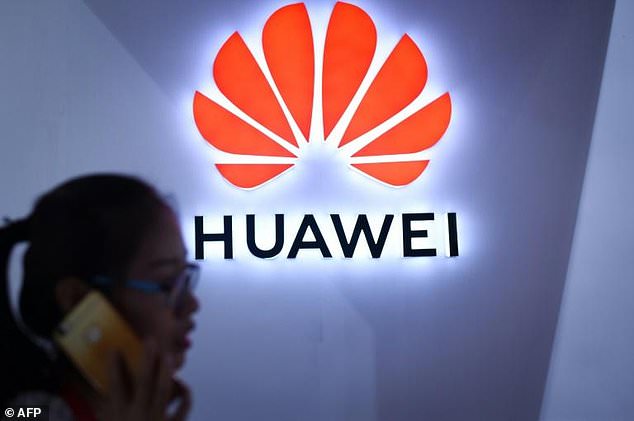 ‘Obviously, Washington is resorting to a despicable rogue’s approach as it cannot stop Huawei’s 5G advance in the market.’

The China Daily warned that ‘containing Huawei’s expansion is detrimental to China-US ties’.

US authorities have not disclosed the charges she faces following a publication ban sought by Meng.

But ‘one thing that is undoubtedly true and proven is the US is trying to do whatever it can to contain Huawei’s expansion in the world simply because the company is the point man for China’s competitive technology companies,’ the daily said.

Donald Trump has denied having any knowledge of the arrest, while Canada’s Justin Trudeau said he was informed a couple of days ahead of time, but had nothing to do with planning the operation.

China has lodged diplomatic protests over the arrest and has repeatedly asked the US and Canada to ‘clarify’ reasons for the arrest.

‘In the past seven days, be it Canada or the US, neither have provided any evidence of the involved party breaking the law in either country,’ Chinese foreign ministry spokesman Geng Shuang told a regular press briefing in Beijing.

President Trump (far right) and President XI (far left) agreed to call a truce in their long-running trade dispute at the G20 on Saturday, the same day that Meng was arrested

Meng’s arrest follows a US probe into the company’s alleged violations of Iran sanctions. She faces a bail hearing in Canada on Friday.

Though China’s technology sector is still reliant on certain US exports like microchips, Beijing wants to transform the country into a global tech leader rivalling the United States in a plan dubbed ‘Made in China 2025’.

Huawei is one of the world’s largest telecommunications equipment and services providers. Its products are used by carriers around the world, including in Europe and Africa.

But its US business has been tightly constrained by worries it could undermine American competitors and that its cellphones and networking equipment, used widely in other countries, could provide Beijing with avenues for espionage.