When Australia’s special forces commander Adam Findlay addressed the nation's most elite band of soldiers in April, he was seething. A small number of Special Air Service Regiment soldiers had betrayed the regiment by allegedly committing war crimes, he fumed.

Not only did those few soldiers, whose actions are being examined in forensic detail by the Inspector-General of defence, taint the reputation of those who had served with honour in Afghanistan, their conduct between 2006 and 2014 was now besmirching the reputations of SAS recruits who had never deployed overseas. 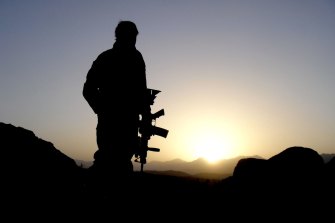 “I spent two years in my life in Afghanistan and I don’t feel validated and you shouldn’t either,” Findlay said, according to sources aware of his comments, which have not previously been reported. “There are new people in the regiment who had nothing to do with this. I imagine this is tainting the regiment you love.”

Findlay was talking about the "trigger-pullers" – those alleged to have committed murders of unarmed prisoners, and even torture. He also attacked a small number of special forces personnel who had compromised the military’s secret communications network, sources have revealed for the first time.

“The operational system we had was compromised by thumb drives and by people transferring shit all over the place through vectors a malign state could easily penetrate,” Findlay said. What “really put the icing on the cake” were special forces staff who “thought it was appropriate to put pornography” on operational IT disks.

“At that point, they had lost the f—ing plot.”

Most of Findlay’s fury in his hour-long address was directed at no more than a few dozen men, many whom had already left defence but who were still the centre of the soon-to-be-finished Brereton inquiry into alleged war crimes committed by the SAS and Commandos.

The Inspector-General's inquiry by Justice Paul Brereton was meant to take two years but has gone for four. As its timeline expanded, so too has the realisation by military top brass about the amount of damning evidence he has found. This was highlighted starkly this week, when The Age and The Sydney Morning Herald reported the contents of a 2016 report that described shocking executions and prisoner torture by Australian soldiers on a scale comparable to the Abu Ghraib affair.

When Findlay spoke in April, he warned the soldiers assembled before him at Campbell Barracks in Perth that Brereton’s findings would be so bad, it would take the SAS 10 years to rebuild trust with the Australian community and government.

Findlay’s intensity and disappointment is shared not just across military command but by many serving in the special forces as well, according to interviews conducted by The Age and The Herald. It is partly born of the fact, as more than a dozen serving and former military sources have said over recent weeks, that the war crimes scandal will not end until there is accountability at both an individual and systemic level.

Yet even now, as defence force chiefs prepare for Brereton to complete his report and a summary for public release this month, the question of who will be held to account and in what manner remains unknown. Government and military sources insist the Chief of the Defence Force, Lieutenant General Angus Campbell, the Chief of Army, Lieutenant General Rick Burr and Defence Minister Linda Reynolds have not yet been given a draft copy of Brereton’s report.

A full record of Findlay’s leaked comments, along with the contents of several unclassified albeit confidential military reports seen by The Sunday Age and The Sun-Herald, and briefings from defence sources, give fresh insights into how Brereton's inquiry will conclude. The sword of Damocles that is hanging over the reputation of the special forces will take some time to fall.

Findlay confirms that a small number of SAS and Commandos will be alleged by Brereton to have done “criminal” acts, a reference to the execution of prisoners. In keeping with the practice of previous commissions of inquiry, and like the Mueller inquiry in the US, Brereton may not make conclusive findings of criminal wrongdoing against individuals in his publicly released report on the basis that ascribing guilt should be left to a jury.

A coalition of human rights groups including the Australian Centre for International Justice, Amnesty International and the Human Rights Law Centre, are calling for Brereton to release as much detail as he can to the public. This would be "an important form of truth and accountability for the Australian people … and a first step towards the accountability sought by Afghan victims and their families." But the groups also note that redactions may be needed to "avoid any potential prejudice to current or future criminal or civil proceedings".

One option open to Brereton is to report in detail on individual soldiers' conduct in his classified report while referring them to the Australian Federal Police for criminal investigation by detectives.

These detectives must then retrace ground Brereton has already covered in his inquiry. This is because much of the evidence Brereton has found cannot be used in criminal prosecutions because Brereton’s witnesses have been given immunity from prosecution in return for telling the truth on oath – although the immunity only covers the evidence they have given his inquiry. This is no different from any royal commission.

But it throws up potential legal hurdles for police, who must find evidence that hasn’t been tainted by any immunity conferred by the inquiry. This adds to the sheer difficulty of proving in an Australian court a war crime carried out in a foreign country. Police have already spent two years investigating war hero Ben Roberts-Smith, the only soldier so far to be referred over war crimes allegations to the AFP by the Inspector-General. Roberts-Smith denies all wrongdoing and is suing this masthead for revealing he is a key target of the Brereton probe. 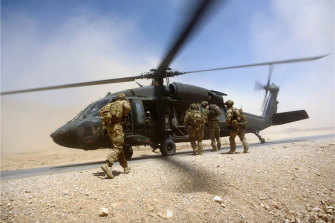 Soldiers accused of executing prisoners – Findlay’s alleged “trigger-pullers” – may escape accountability for their actions in Brereton’s public report and instead wait to see if the federal police charge them in 2021 or beyond. After four years of Brereton’s investigations, this could lead to many more years of police probes and trials, a concern recognised privately by the AFP and Commonwealth prosecution agency, which are both upskilling their war crimes teams as they brace for more referrals.

Meanwhile, defence sources have confirmed the military hierarchy will have to decide if medals should be stripped or serving soldiers sacked.

In his speech in April, Findlay told his troops, in comments not reported until today, that senior and junior soldiers and officers should also be held to account for contributing to a cultural malaise in special forces because they upheld “weak” leadership or moral values. Findlay said these failings had infected the ranks of senior to junior officers who commanded special forces soldiers in Afghanistan, as well as non commissioned officers and their deputies who led small teams of soldiers. 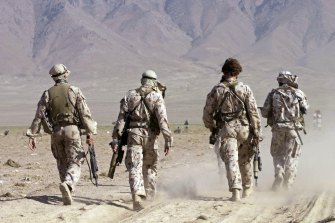 Defence sources insist there is no evidence that any senior or mid-level officers knew directly of war crimes, but said at least three mid-level officers had been given “potentially affected person” notices by Brereton, suggesting aspects of their conduct may lead them to be disciplined. At least one high-ranking officer has already been sidelined, sources said.

Many more serving and former patrol commanders, who are senior soldiers, have also been given notices of adverse findings, meaning they might be sacked or demoted or referred to police.

Findlay also highlighted the work Australia’s military has done to to reform cultural failings in the special forces to deal not only with alleged war crimes but misdeeds like compromising the secret communications network with pornography.

Managing reforms is one area of system accountability the military hierarchy can influence as they wait for Brereton’s report, and they have leapt on it despite the grumblings of many in special forces that it is “window dressing” in the absence of individual accountability.

A leaked copy of a review of these reforms conducted in 2018 by former spy chief David Irvine describes how, prior to 2015, the special forces were wracked with a “poor command culture where confidence had been replaced by arrogance, elitism and sense of entitlement”.

“Unprofessional conduct was not being properly managed, with a preference for mateship over leadership and misuse of secrecy. A warrior culture began to emerge, formed through repeated operational rotations involving close combat.”

But Irvine said reforms, including new training programs to rebuild ethics and a special adviser to oversee special forces accountability, had led to “the Command’s governance being successfully reset”.

A critical reform is to make it easier for whistleblowers – the brave Afghan veterans who exposed the misdeeds of colleagues despite threats and ostracism – to speak up.

In his speech, Findlay stressed that these reforms are working, aided by natural attrition in special forces.

This week, fresh applicants for the SAS and Commandos attended selection courses on Australia’s east coast. But according to Findlay, those who pass the arduous mental and physical tests will join an organisation that will grapple for years with the war crimes committed by soldiers a decade before.

“2040 will be a good year because [the Inspector-General's report] will be well behind us by then," Findlay said. "And we will be a stronger organisation with [that] in the rear view vision mirror.”