In an extraordinary intervention into the national debate, Australian Criminal Intelligence Commission chief Michael Phelan has called for a new multi-agency taskforce to tackle the problem, which diverts critical funds away from some of the nation’s most vulnerable people. 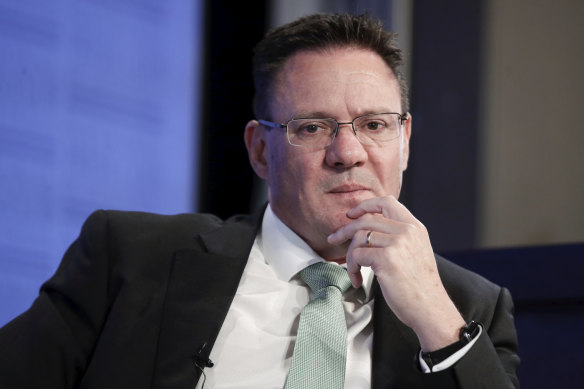 Phelan cites intelligence that reveals disabled Australians have been extorted, threatened with violence or even involuntarily admitted to a psychiatric ward by crime syndicates seeking to steal their NDIS entitlements.

“It just sickens you,” said Phelan. “This is not a victimless crime. You’ve got to wonder how far down the scumbag scale you get before you start ripping off our most vulnerable people.”

The NDIS is a non-means-tested universal insurance program offering uncapped packages of support to people with serious disabilities, but Phelan estimates that as much as 15 to 20 per cent of the $30 billion it costs a year might be being misused. Phelan described previous estimates that scheme fraud sits at 5 per cent as “conservative”. The scheme is estimated to grow to $60 billion by 2030.

An investigation by The Age, The Sydney Morning Herald and 60 Minutes has found members of Sydney’s notorious Hamzy crime network have infiltrated the NDIS. A crime boss and drug trafficker based in both Queensland and Victoria has been trying to develop properties to lease to the scheme.

‘The violence and intimidation against these people, it’s just beyond the pale and we all should be disgusted.’

Pointing to inadequate scrutiny of the scheme, Phelan said the extent of rorting easily surpassed that of the pink batts and school halls scandals and involved “fair dinkum, serious and organised crime crooks”.

“When they’re not rorting the NDIS, they’re importing drugs or standing over people, extortion, committing other heinous crimes,” he said. “North of $1 billion is being ripped out of the system.”

Phelan said money fraudulently skimmed was being “used for the wholesale purchase of narcotics from overseas” and to “obtain seed funding for their [organised criminals’] broader illegal activity”.

The crime-fighting boss said his agency had detected “ghosting”, or the creation of fake NDIS clients, the systemic inflating of invoices, payment for services that are never provided and networks of facilitators, including doctors, pharmacists, training facilities, accountants and lawyers, who help criminals exploit the scheme. 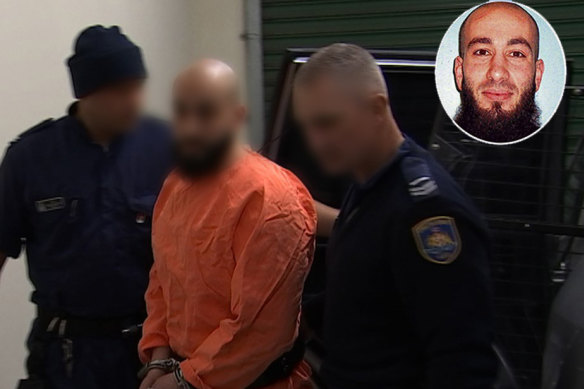 “We see serious and organised crime approaching the employees of pharmacies, for example, to basically act as spotters for people who are on the NDIS they can exploit.”

An investigation has uncovered glaring holes: suppliers are being paid without completing work, there is minimal due diligence on many contractors and a number of Australians penalised for rorting the Family Day Care scheme have seamlessly shifted to NDIS fraud.

Phelan said a multi-agency state and federal taskforce was needed to “work out exactly what is happening so that we can close those loopholes … so that it [the NDIS] is not used as a vehicle for fraud”.

Asked whether Labor would back Phelan’s call for a taskforce, NDIS Minister Bill Shorten said: “It’s definitely got to be an idea on the table.

“Nothing I’ve seen in the last two months, now I’m the minister, has changed my mind. In fact, if anything, I’m more convinced than ever. This [a taskforce] is one of the ways that we can make sure the NDIS is sustainable.”

“When you layer that with what we see with the violence and intimidation against these people, it’s just beyond the pale, and we all should be disgusted.”

There has been growing disquiet among Australia’s disability community about moves by the National Disability Insurance Agency to pay contractors for work not completed or cut the funding for some NDIS participants with minimal explanation.

The Perth-based Gray family – whose 23-year-old son Ken, who has Down syndrome, was once a poster boy of the NDIS – said the revelations of scheme rorting were infuriating given their support package had been almost halved in April last year without adequate notice or explanation.

The Formica family’s daughter, Felicity, has severe autism and epilepsy and obtained NDIS funding for a disability-friendly bathroom. The family alleges an NDIS-registered builder was paid by the scheme despite leaving the renovation unfinished.

“We shouldn’t have to act as the NDIS fraud watchdog,” said Felicity’s father, Guy.

Phelan said the problem of suspect NDIS contractors being paid for work never completed was something “we are seeing … systemically through our analysis”.

Ken’s father, Mark Gray, described the failure to stop NDIS rorting as “unconscionable” given it was reducing critical support for the 500,000 disabled Australians who rely on the scheme. That number is predicted to rise to 860,000 participants by the decade’s end.

The NSW government was secretly briefed last year by senior police that the Hamzy and Alameddine crime networks – the two most infamous crime groups in NSW – consisted of 310 people “all committing coordinated crime” including murder, drug trafficking and NDIS fraud. Phelan confirmed his agency had separately linked the Hamzy crime network to NDIS fraud.

“Certainly, what we’ve seen from our intelligence is that that group [the Hamzy network] … has associations with people we strongly suspect and allege have been involved in NDIS fraud in the order of millions of dollars and linked to some of the standover tactics we have seen.”

Two NDIS fraud syndicates dismantled by the federal police over the past two years after they allegedly stole at least $12 million from the scheme had members previously suspected of rorting Australia’s Family Day Care schemes, suggesting Commonwealth agencies were failing to share critical information.

The Age and Herald have also confirmed that a convicted drug trafficker, who has been a long-time target of Victorian and Queensland counter-organised crime authorities, has been investing in NDIS-funded supported disability accommodation in Queensland through a disability sector consultant who is also suspected of being involved in organised crime.

The drug trafficker’s targeting of the NDIS scheme has been confirmed by state law enforcement sources and an associate, who said he was “making a motza from the NDIS”. The sources, who could not be quoted because they are not authorised to speak publicly, confirmed that last year, the man planned to pocket $1 million by investing in 10 units in Queensland to be leased to NDIS participants.

Phelan revealed that organised crime suspects had told his agency in closed-door examinations that they are making margins of 30 per cent on Commonwealth-funded supported disability accommodation, an admission he said had contributed to his estimation that the abuse of the NDIS may be as high as 15 to 20 per cent.

“Witnesses have said they are involved in or know of involvement of serious organised criminals at the highest echelon in Australia who are involved in NDIS properties … as a way to hide their money.

“I don’t necessarily want the housing for our most vulnerable people to be owned by criminals who are washing their money.”

In a statement, the National Disability Insurance Agency said investigations by the federal police and NDIS anti-fraud teams had led to 18 people being charged since 2020 in connection to alleged fraud totalling up to $14 million. But the agency acknowledged more needed to be done to safeguard the scheme.