The 10 victims were discovered at a home in the 9000 block of McAvoy Drive in southwest Houston, Houston police said.

“We never see anybody coming in and out of the house,” longtime resident András Bognar told the Houston Chronicle, adding that the house has been rented multiple times over the past several years. 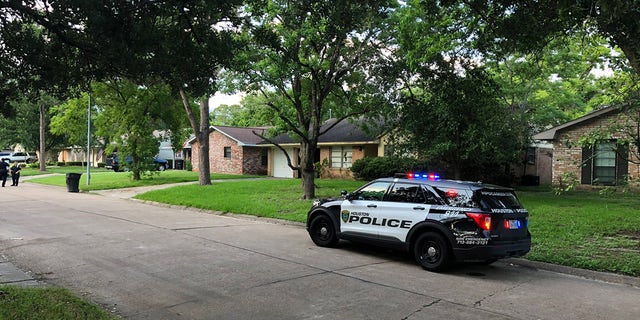 Houston police Lt. Larry Crowson told the paper the seven men and two women rescued from the home were undocumented immigrants. It was not immediately clear what countries the victims originated from.

Police have yet to publicly identify the two suspects arrested or announce charges against them.

Officers first responded around 3:30 p.m. to a convenience store where a man claimed he was being held hostage nearby, the paper reported. Police arrived and found the man and one suspect who was armed with a pistol.

Police said the suspect was seen pushing the victim into a vehicle, KHOU-TV reported.

The victim told officers about the home, where they found the remainder of the victims. All 10 people appeared to be in good health and were turned over to U.S. Immigration and Customs Enforcement (ICE), Crowson told the Chronicle.

Houston police and ICE are continuing to investigate the incident.