Angela Rayner last night risked accusations of a cover-up over the sexism row that has convulsed Westminster.

Labour’s deputy leader had described a story in last week’s Mail on Sunday – which said she had joked with Tory MPs about crossing and uncrossing her legs to distract Boris Johnson – as ‘disgusting’ and ‘completely untrue’.

Amid a storm of criticism on social media, Commons Speaker Lindsay Hoyle demanded a meeting with the newspaper’s editor David Dillon.

Mr Dillon rejected the call, saying that journalists should ‘not take instruction’ from parliamentary officials. 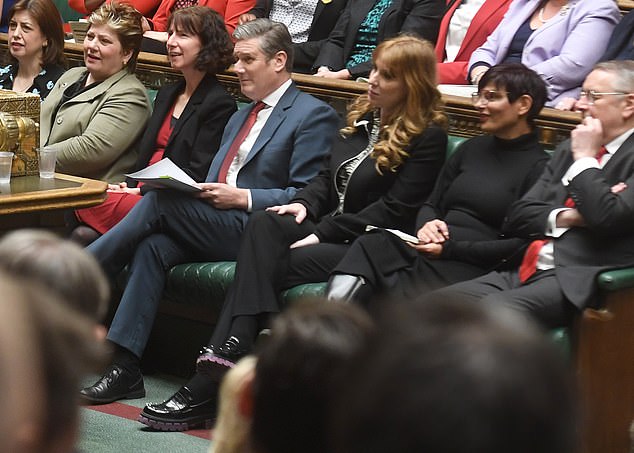 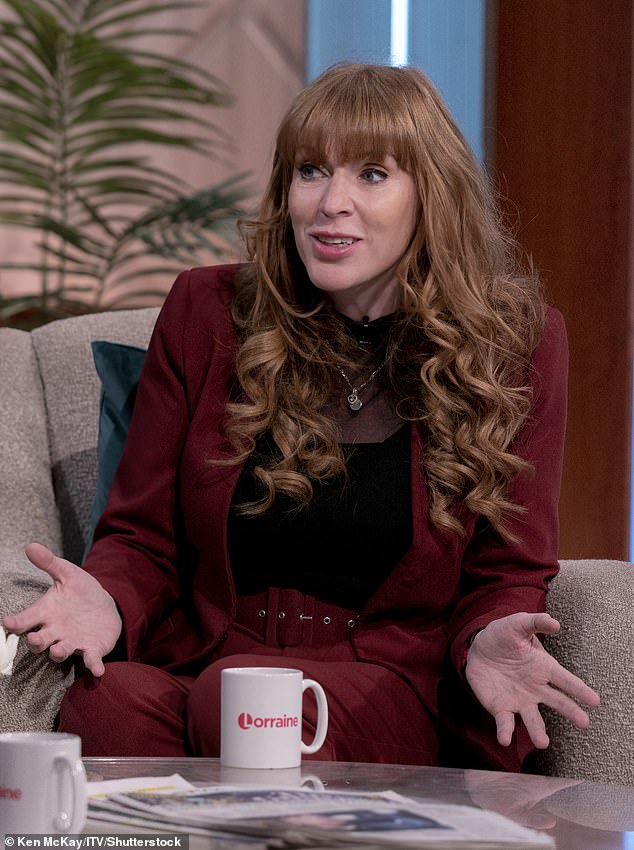 Yesterday The Daily Telegraph reported that two Conservative MPs had told the newspaper they had heard Mrs Rayner laughing publicly about the idea that she could put off the Prime Minister by ‘giving him a flash’.

The witnesses said she had been joking about the suggestion that she was crossing and uncrossing her legs during a light-hearted discussion on the Commons terrace about two months ago.

Separately, The Mail On Sunday has now spoken to a total of four Tory MPs – the original source and three others, including one woman – all of whom supported this account and contradicted the insinuation by Mrs Rayner and her allies that the claims were cooked up by sexists.

One of the MPs, describing a night on the Commons terrace earlier this year, said Mrs Rayner had initiated the discussion of the issue. They said she had spoken of giving the Prime Minister ‘a flash’.

A second MP claimed that Mrs Rayner had referenced the thriller Basic Instinct, in which Sharon Stone’s character infamously uncrosses her legs while being interrogated by police. ‘Angela told us: “I like to do my Sharon Stone trick to distract Boris… I cross and uncross my legs”,’ the witness said. A third MP added that they also remembered the encounter.

The original source for the Mail on Sunday story said that the ‘Sharon Stone’ joke had been made while Mrs Rayner spoke to a Tory MP. ‘She was telling him how she distracts Boris,’ they said. All four Tories gave almost identical accounts of her remarks. They each said Mrs Rayner had used a startling slang colloquialism during the discussion. 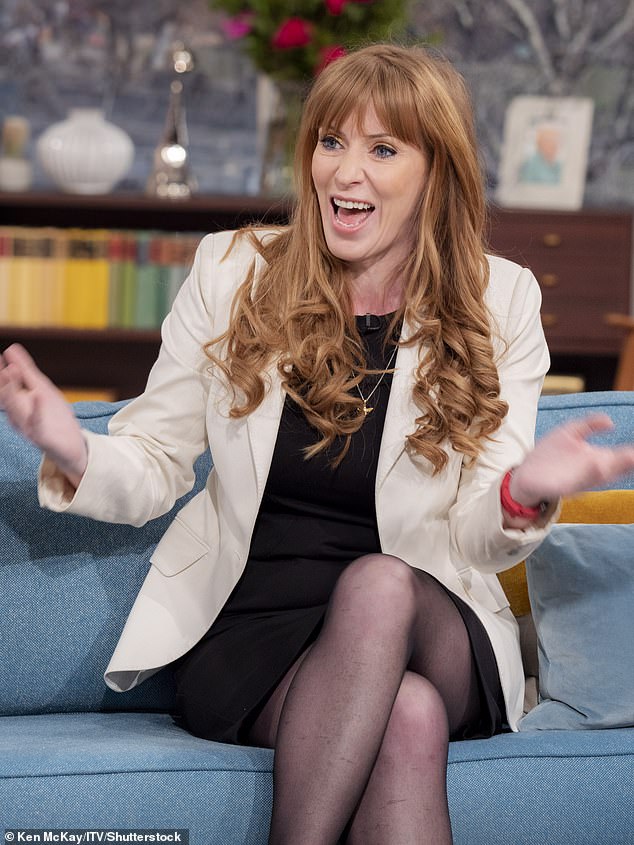 When The Mail on Sunday approached Mrs Rayner last Saturday about the exchanges on the terrace, a Labour spokesman said: ‘It’s completely made up, so unless they’re going to say something properly on the record or have any evidence I would expect that this made-up story wouldn’t run.

‘I’m telling you categorically it’s untrue so I’m afraid you know that doesn’t meet the bar, an unnamed source without any evidence… I’m telling you, it’s categorically untrue that this has happened.’ After Mrs Rayner strenuously denied making the remarks, coverage of the story initially concentrated on allegations of sexism. The row then saw Sir Lindsay attempt to summon The Mail on Sunday’s editor for a meeting.

However, on Wednesday the Daily Mail revealed that Mrs Rayner had in fact publicly joked about the Basic Instinct comparison herself in January. Speaking to Matt Forde for his Political Party podcast, she volunteered the fact that her appearances in the Commons had prompted online references to the 1992 movie thriller.

‘Every time I do a Prime Minister’s Questions somebody has an opinion on what I wear. Did you see the meme about Sharon Stone like I was doing it at PMQs? I was mortified,’ she said, laughing. ‘I wasn’t aware I did it but apparently there was this whole meme about how my dress was a bit revealing. I didn’t think it was. It was a perfectly suitable Karen Millen – in the sale by the way.’

The podcast also saw her use the same slang colloquialism MPs say she used on the Commons terrace.

Meanwhile, as the backlash grew over Sir Lindsay’s intervention, Mr Dillon formally turned down the Speaker’s request for a meeting, saying that Britain’s free Press would not endure if journalists had to take instructions from officials in the House of Commons. He also said other MPs had come forward to corroborate the original account of Mrs Rayner’s remarks.

The Prime Minister later backed Mr Dillon’s decision. A No 10 spokesman said Mr Johnson would not want ‘any perception of politicians seeking to in any way curb or control what a free Press seeks to report’.

A spokesman for Mrs Rayner last night declined to comment further on the story.