THIS is the terrifying moment a thug mows down a man and stamps on his head before a brave hero stepped in to save his life.

Aqeel Ahmed, 24, targeted his victim after a confrontation in the car park of a petrol station in Manchester. 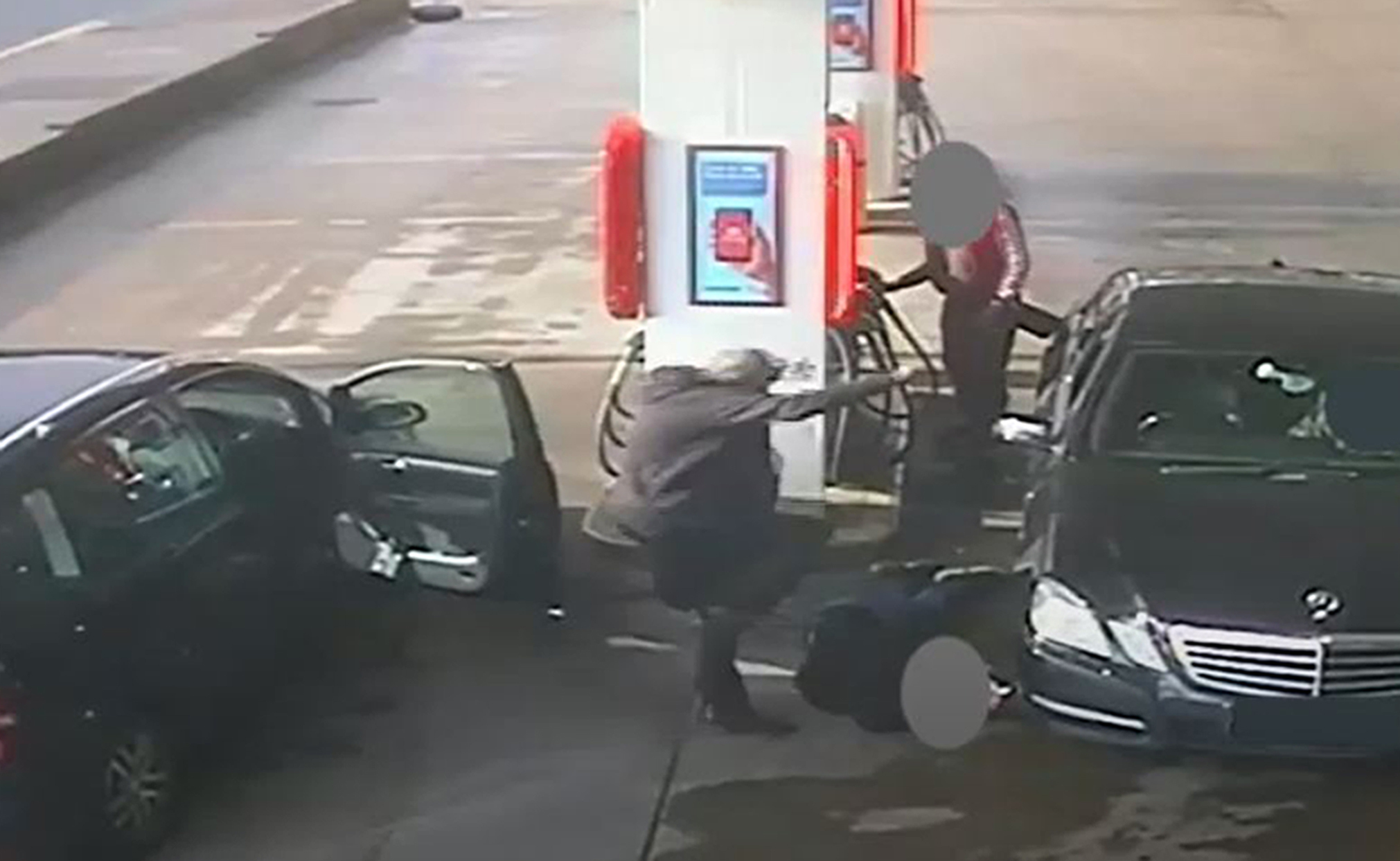 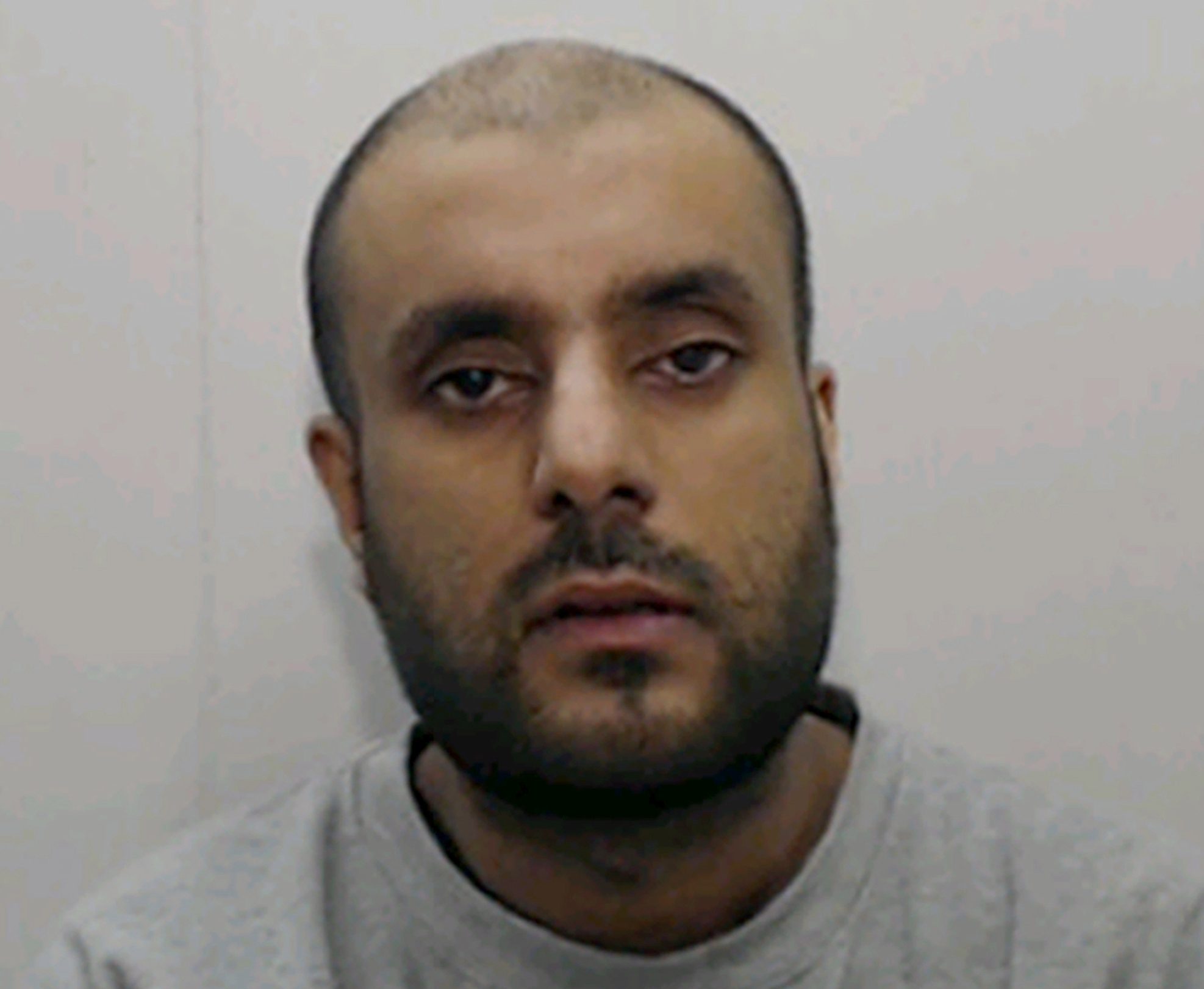 He returned to his VW Touran car and sped back into the Esso garage where he ploughed into the 35-year-old man who flew from his bonnet onto a parked vehicle.

Shocking CCTV footage shows Ahmed leap out and stamp on his victim's head three times while he lay unconscious on the floor.

The driver of the parked vehicle intervened and restrained Ahmed but the defendant broke free and struck his victim several times with a crowbar.

Police said the victim may not have survived the "unrelenting" onslaught if it was not for the brave actions of the other motorist and also members of the public who swiftly raised the alarm.

Ahmed, of Bolton, who met the victim to sell him drugs, was arrested at the scene on February 25.

The victim was treated in hospital for a laceration to the scalp.

He was today jailed for four years at Manchester Crown Court after admitting to attempting to cause grievous bodily harm, dangerous driving and drink-driving.

The court heard a character reference from boxer Amir Khan whose foundation he had done voluntary work for.

Detective Constable Terry Macmillan said: "This was an unrelenting attack on a man who Ahmed didn't even know, that could have caused life threatening injuries.

"If it wasn't for the bravery of the man who restrained Ahmed and other members of the public who quickly called police, his victim may not have survived.

"I would like to thank them for their quick-thinking actions that day.

"Ahmed's attack was senseless and brutal but thankfully CCTV footage of the events leading up to and after the assault has significantly helped to put this violent man behind bars." 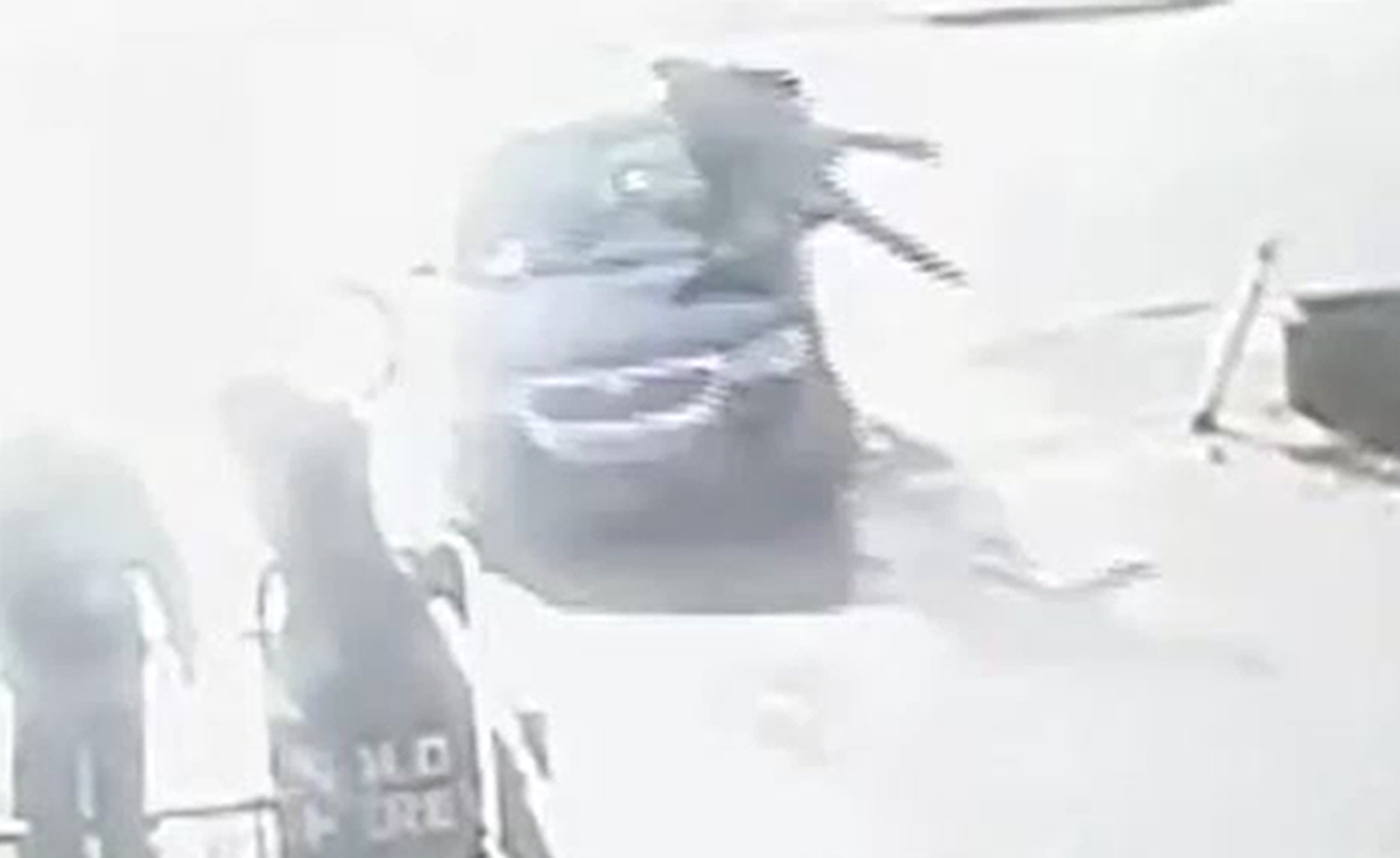