RAF trainee, 18, is left ‘traumatised’ after finding a ‘chicken foetus’ in eggs bought from farmshop

This is the shocking moment an 18-year-old foodie was left ‘traumatised’ after finding a ‘chicken foetus’ inside a boiled egg.

Ozymandias J Taylor, from Grantham, Lincolnshire, bought a pack of six eggs from a local farm for £1 for his lunch on 9 August.

But when the teenager tucked into one of them he noticed the veins of what appeared to be a baby chicken while a thick brown liquid dribbled down his hand.

The RAF trainee shared the ghastly experience on TikTok which has garnered 29,000 likes and 200,000 views. 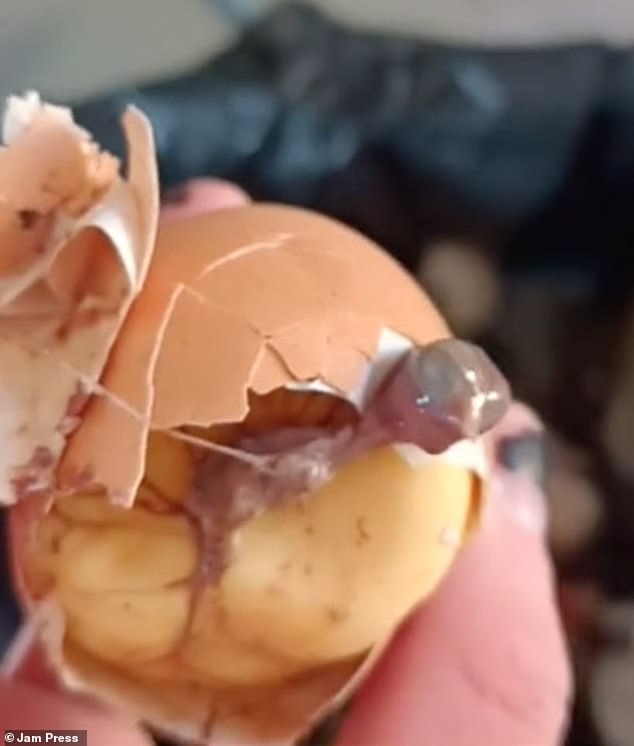 The RAF trainee said: ‘I started to completely freak out when I saw it as my first thought was that I had killed it by cooking it alive.

‘I spent the next hour or so basically asking both Google and my friends whether or not I was a monster – I sort of concluded in my head that I had no way of knowing really.

‘I am hoping and praying that the embryo was dead before I cooked it but I can’t really be sure.’

The footage starts with a static picture of Mr Taylor covering his mouth with the caption: ‘[I] woke up this morning and remembered what happened when I was boiling my eggs last night.’ 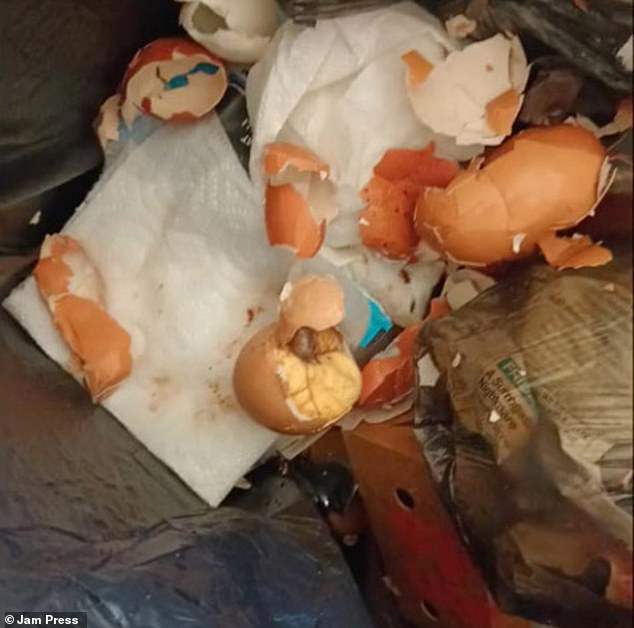 Mr Taylor shared images of the boiled egg on top of a bunch of bin bags before the clip cut to another picture of him looking extremely agitated. The RAF trainee shared the gruesome experience on TikTok which has garnered 29,000 likes and 200,000 views. Man traumatised after gruesome discovery of chicken embryo in egg

The camera zoomed in on his face and quickly cut to another picture of the student before a snap of the gruesome egg appeared on the screen.

The clip then showed the teenager slowly squeezing his ‘lunch’ before the footage cut to it lying on a couple of bin bags with other broken eggs.

‘I was going to have scrambled egg for breakfast but now I’m not so sure,’ said another user.

One more viewer questioned: ‘Is this where you become vegan now?’

Ozymandias added: ‘I did the TikTok the next day after a pretty sleepless night – yes, I really was this traumatised – just to trauma dump really.

‘It was a coping mechanism more than anything to be honest! Since posting it, I’ve had a handful of messages and many comments from people saying the same thing – which has really helped to be honest!’