A teenage daughter in the US experienced a roller coaster of emotions when she realized she had accidentally locked her phone in smartphone ‘jail’ for two days.

The girl’s brother had locked her phone inside the box for 40 minutes as a joke.

But when she attempts to get it out, she dramatically increases the time.

A hilarious video filmed in the family kitchen captures her mixed reaction to her own mistake.

Captions on the video posted on TikTok explain that the girl’s dad got a ‘phone jail’ for his birthday.

A ‘phone jail’ is similar to a safe but is operated by a timer, that only releases whats inside after a delegated period of time.

The timer is operated by turning the dial on the lid to choose the desired ‘jail’ time. 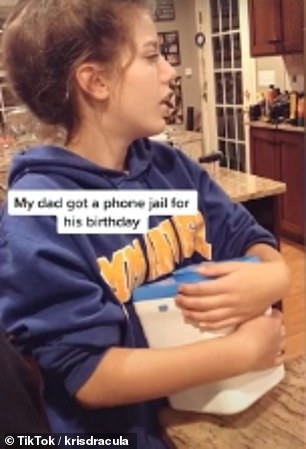 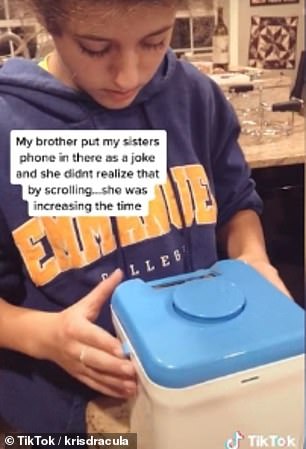 The teen’s brother, spotting an opportunity for a prank, locked his sister’s phone inside the ‘jail’ for 40 minutes.

However, the girl, desperate to get her phone back, attempted to open the ‘jail’ by turning the dial – unknowingly dramatically increasing the timer.

She takes another look at the ‘jail’ and sees the time displayed on the digital screen which reads: ‘2 days, 3 hours, 39 minutes, 50 seconds.’ 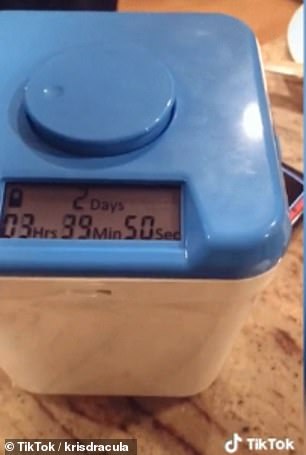 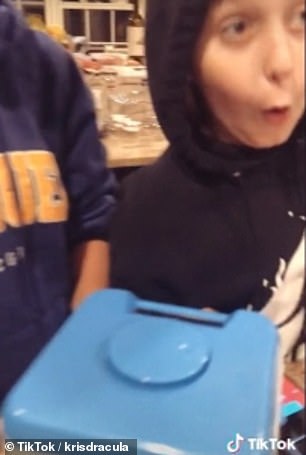 The teen, desperate to get her phone back, attempts to open the ‘jail’ by turning the dial – unknowingly dramatically increasing the timer to two days, 39 minutes and 50 seconds

Realising her mistake she exclaims: ‘What? It’s two days? This is not funny.’

Her siblings gather round laughing at the situation and her bother defends himself saying: ‘I put it in there for 40 minutes.’

It appears the teen can see the funny side of her mistake as she starts laughs.

But then breaks down again as she faces the prospect of an unintentional two-day phone detox. 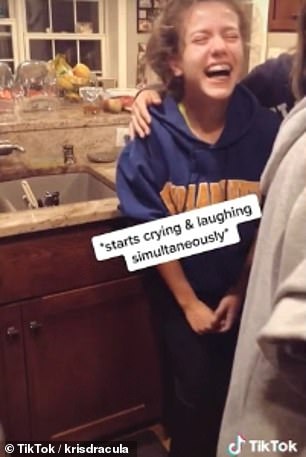 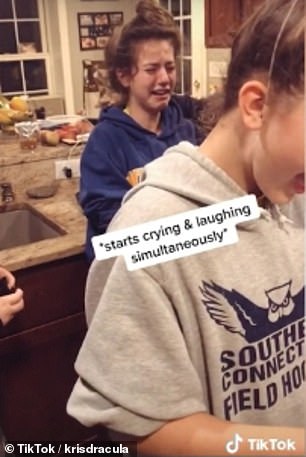 She realises her mistake and bursts into tears. She briefly sees the funny side until she begins to cry again as she faces the prospect of an unintentional two-day phone detox