Unmasked: Teenage gang member, 15, who murdered rival in drive-by shotgun attack can now be named as he is jailed for life 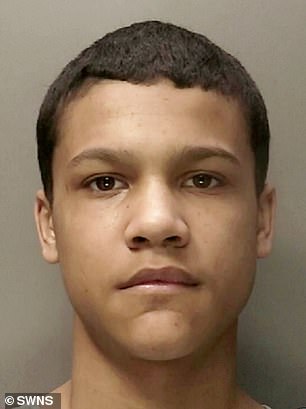 Riaz Ahmed, pictured, was 15 when he and a fellow gang member murdered a rival in a drive-by shotgun attack in Coventry

A teenage gang member who murdered a rival in a drive-by shotgun attack when he was 15 can now be named as he is jailed for life.

An order protecting the identity of Riaz Ahmed, now 16, was lifted by a judge on Friday as he was sentenced for the violent murder.

Ahmed and a 20-year-old man who cannot be named for legal reasons, were both found guilty last year of murdering Abdul Xasan, after being tracked to the scene by data from electronic monitoring tags.

Mr Xasan died in the street after being blasted in the back with a shotgun as he walked from Harnall Lane East into Adelaide Street in Hillfields, Coventry, on March 13 last year.

The 19-year-old victim was targeted by members of the C2 gang near a nursery and a hostel for the homeless at about 2.30pm, after they pulled up alongside him in a stolen car, shortly after he had left Friday prayers at a nearby mosque.

CCTV footage from a nearby building captured the moment Mr Xasan was shot from the rear passenger seat by a gunman wielding a sawn-off pump action shotgun.

Ahmed was given a life sentence with a minimum term of 18 years at Birmingham Crown Court on Friday, while his accomplice, thought by detectives to be the gunman, was ordered to serve at least 27 years of his mandatory life term. 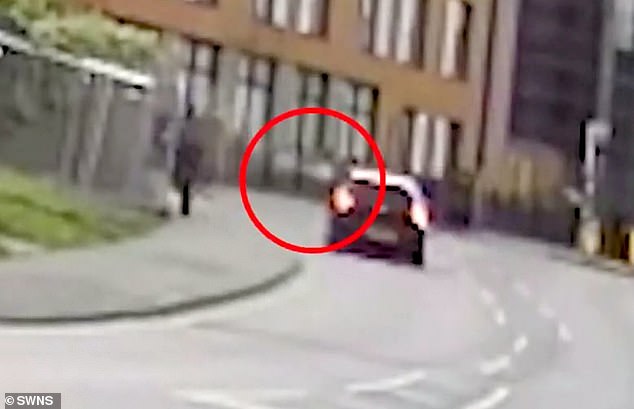 Mr Xasan died in the street after being blasted in the back with a shotgun as he walked from Harnall Lane East into Adelaide Street in Hillfields, Coventry, on March 13 last year. Pictured: CCTV footage from a nearby building captured the moment Mr Xasan was shot from the rear passenger seat by a gunman wielding a sawn-off pump action shotgun

Passing sentence, Judge Simon Drew QC said the killing had occurred during ‘gang warfare’ which broke out after the 2018 killing of 16-year-old Jaydon James.

Describing the murder as a ‘terrible thing’, the judge told Mr Xasan’s killers: ‘You two and probably one or two others drove from the Wood End area – seen by C2 as its territory, into the centre of Coventry, which is the territory associated with RB7.

‘You were in a stolen Volkswagen Golf, which was on cloned number plates, and one of you was armed with a shotgun.

‘It is not possible to determine whether either of you had the gun, drove the car or was there to act as a spotter.

‘What is clear is that you each knew the purpose of the trip, which was to find and shoot a member of RB7.

‘You each actively participated in that joint venture.’

The judge added: ‘When you gave evidence you each denied participating in the killing. By their verdicts it is clear the jury did not believe you.’ 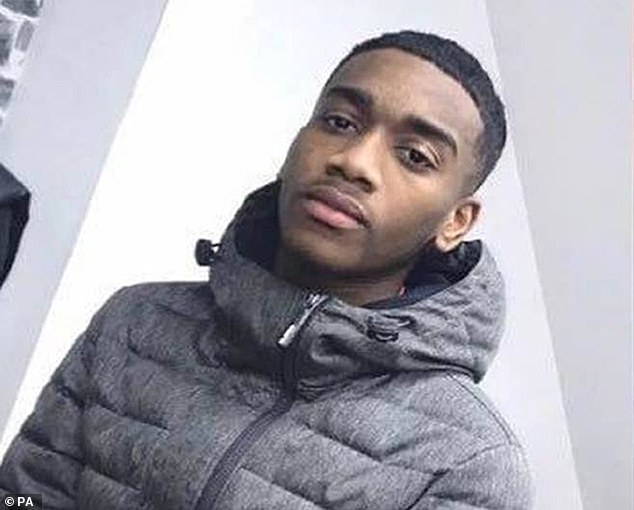 During the trial, Ahmed admitted he had been heavily involved in vehicle crime since the age of 13.

Prior to sentence, defence QC Rachel Brand urged the judge to consider that Ahmed had cystic fibrosis.

Addressing the extent of the life-limiting condition, she told the court: ‘All his life he has been at risk of infection, virus and now this pandemic.

‘Whatever the advances in medical science, it’s a question of luck – either good luck or bad luck – for someone with his condition.’

Judge Drew varied an order which had prevented Ahmed from being named, but said his address should still be withheld in media reports. 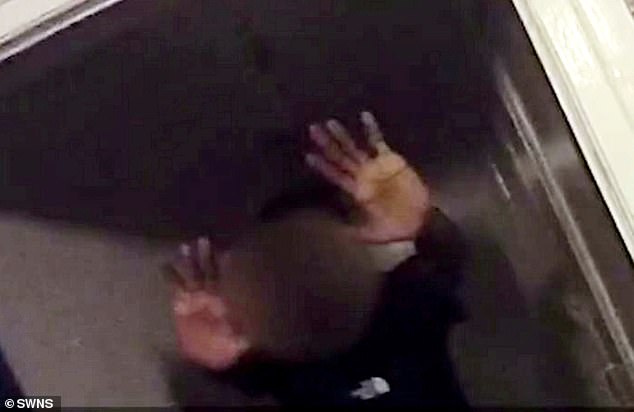 Pictured: A man is arrested in connection to the murder of Abdul Xasan. The two people responsible have been jailed for live after their sentence was handed down on Friday

The decision was made after an application by the PA news agency, which invited the judge to consider the deterrent effect on others of naming the defendant, and nature of the offence.

‘It is strongly in the public interest for him to be identified. This murder took place in the context of inter-gang violence carried out on the streets of Coventry in the middle of the day.’

Commenting on the case, Detective Chief Inspector Scott Griffiths, who led the West Midlands Police murder inquiry, said: ‘These sentences must act as a stark warning about the dangers of gang affiliation: you run the risk of serious injury or death, or the possibility of spending much of your life locked up.’