A teacher found her son, who rowed for the Windsor Boys School Boat Club, hanged at their £500,000 home an inquest was told today.

Joseph Smelt, 22, who was known as Henry to his friends, was described as ‘always happy’ before he was found on June 17 this year.

His mother Elizabeth had left in the morning for school where she worked as a teacher, before returning home to find the tragic scene.

Berkshire assistant coroner Alison McCormick said: ‘Her screams alerted the neighbours who managed to cut him down and started CPR with the help of the paramedics from the ambulance control centre.

‘Unfortunately, they were unable to revive him and ambulance paramedics arrived where it was confirmed he had passed away.

Sitting at Berkshire coroner’s court in Reading today, a pathologist confirmed the young man had died from compression of the neck after he was found in the three bedroomed home in Maidenhead, Berks. 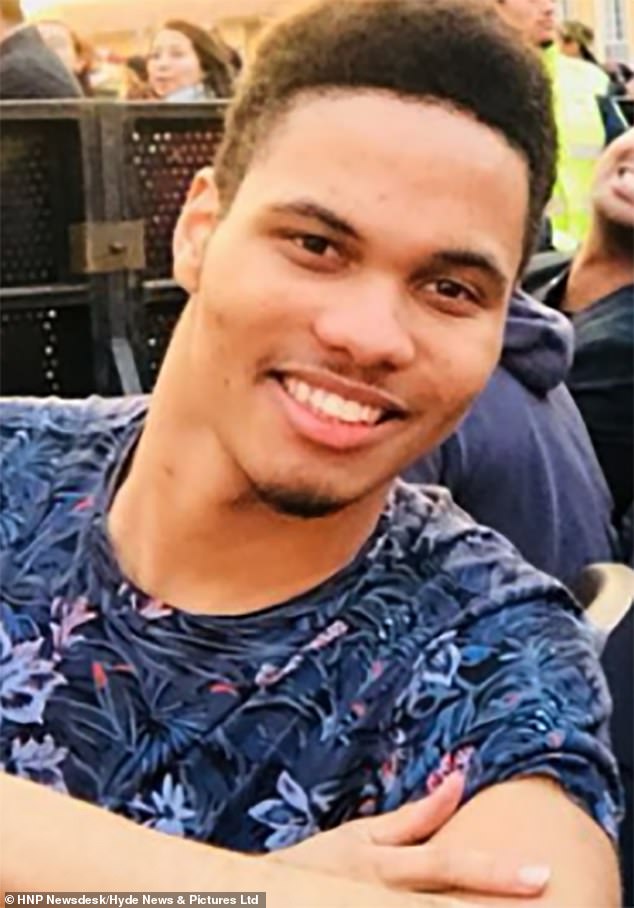 Joseph Smelt, 22, was found dead by his mother at their home in Maidenhead, Berks

Concluding the opening inquest, coroner Ms McCormick said: ‘I understand Joseph had a diagnosis of autism but he was able to go out and about on his own. He led a normal life.

‘His mother, who works as a teacher, left the home that morning and at that point her son was alive. She returned home later that day where she found her son.’

In a tribute, Mark Wilkinson, the Director of Rowing at the Windsor Boys School Boat Club said: ‘The Boat Club is very saddened to hear of the passing of Old Boy Henry (Joseph) Smelt aged just 22 years.

‘Far from a natural rower Henry nevertheless just loved the Boat Club and everything it stood for. Life was a challenge for him at times, sadly, but he was such a ray of sunshine when at the club.

‘His laugh was infectious, his memory for number plates unbelievable and his character helping to make the inclusive and diverse club that it is. His sense of humour, while, as Mr Morrell would say, somewhat repetitive, always made you smile!

‘Always happy and always engaged, he just loved the boat club and the boys. The club was such a safe place for him away from all the issues he had, caused by the actions of others. 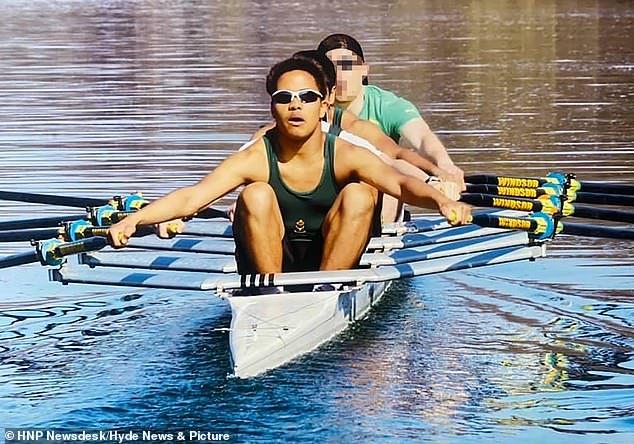 ‘The boys of the time included him in everything – getting him to the start line to race is also one of the biggest achievements!! He was far from a natural but he didn’t care, he joined in with everything and even came to Germany on camp with us – he just loved it.

‘The boys of the time are as you can imagine are shocked by the news. The Boat Club raced in his honour at Dorney, wearing specially made pride kit was highly appropriate as he had a personality that was such an array of colours, but never dark! They raced for him, as did a number of alumni who were also racing.’

Ms McCormick added: ‘Obviously that is an unnatural cause of death and it is necessary to have an inquest. At the moment we are undertaking further inquiries, we not able to list the inquest but we will do so as soon as reasonably practicable.’

The former Windsor Boys School rower who was found hanged, had a passion for motor sports and a degree in Esports, his mother confirmed.

On an online funding page which had raised £1800, on behalf of mother Elisabeth Smelt, the tribute read: ‘The loss of Henry (Joseph) Smelt was tragic and sudden. Henry’s love for life was enormous and his smile and laugh infectious.

‘His number one passion was motor sports and his knowledge of it was astounding and immeasurable. He had just started as an Esports degree student at Staffordshire University London. He was just 22 when he passed.’