A TAXI driver who sparked a lighter moments after using hand sanitiser has been left with horrific burns.

Taxi driver Brian Hutchinson, 42, had just sanitised his hands when he noticed a lighter had been left by a passenger on the back seat, so he decided to spark it to test if it worked. 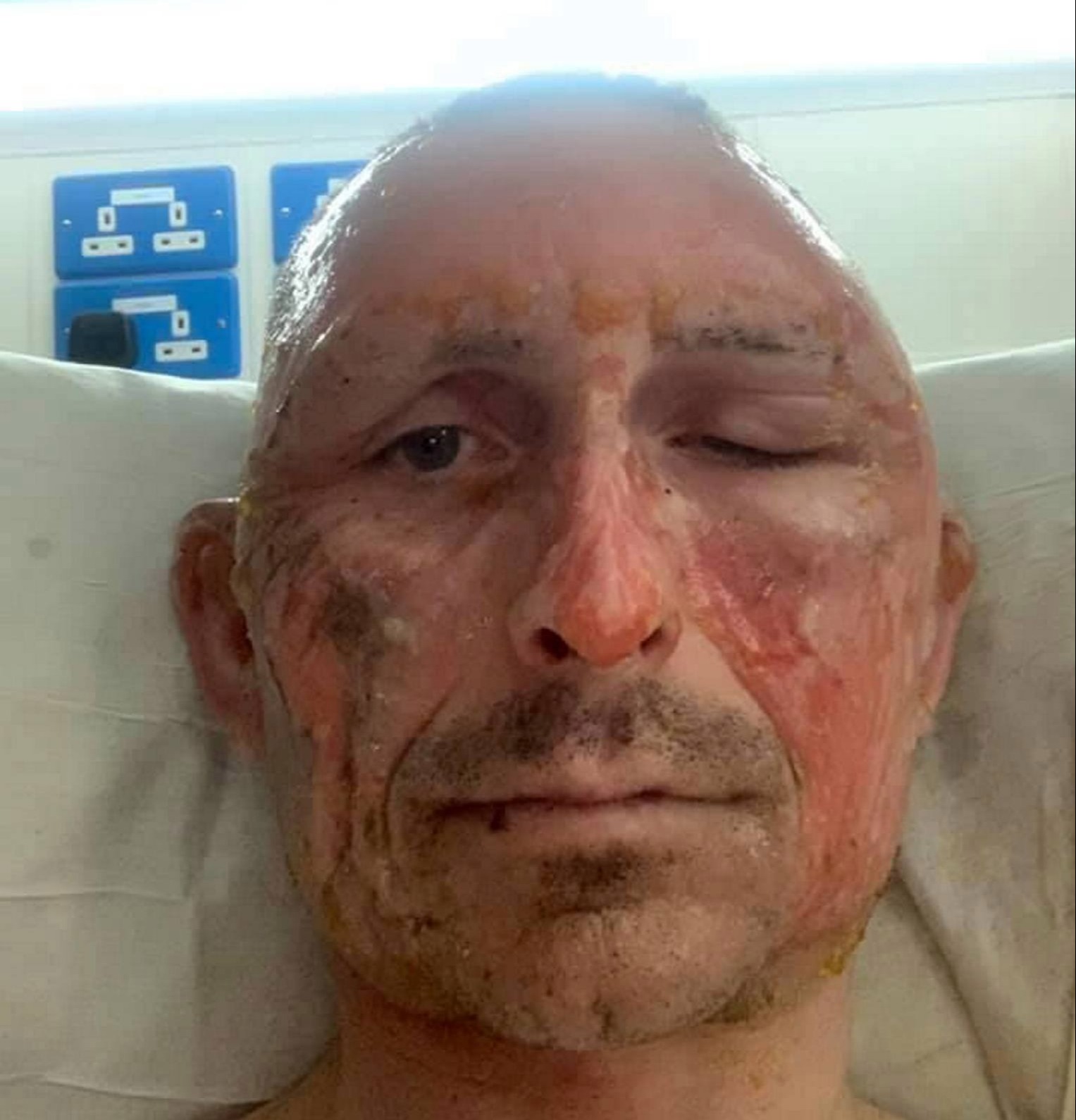 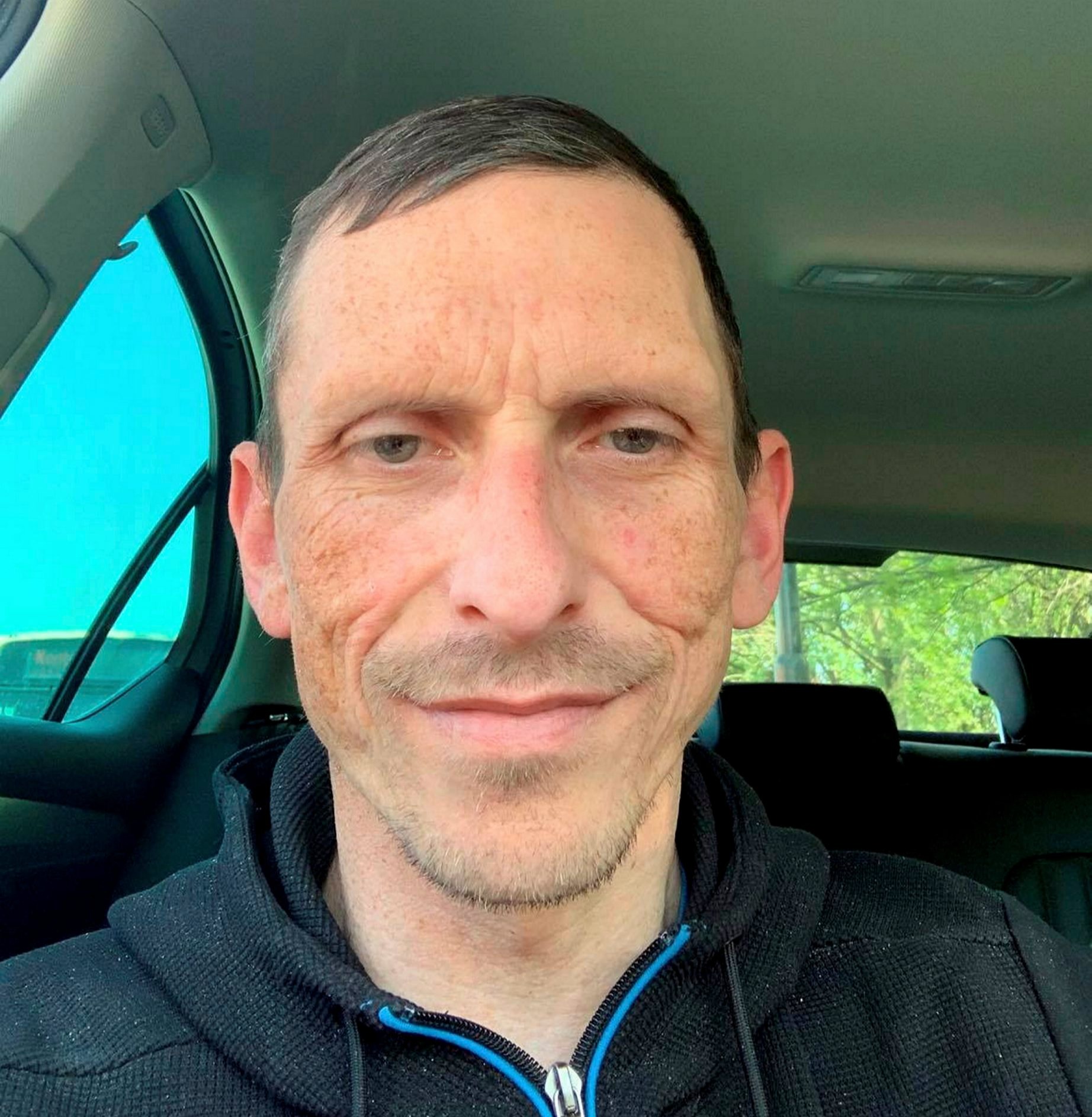 Brian, from Newcastle, said the flame ignited the still-wet solution on his hands, which quickly spread to his legs and head.

He suffered major burns that resulted in multiple operations and skin grafts during the last seven weeks at the Royal Victoria Infirmary in Newcastle, which he said was like "going to hell and back".

The dad-of-two said he went into shock before the paramedics arrived, and he couldn't stop shaking.

The pain was horrendous

He was immediately given morphine but said: "When that wore off I knew about it – the pain was horrendous."

Brian faces a long road to recovery and has to wear pressure garments on his skin, possibly for years to come.

Now, finally back at home from hospital, Brian has relived the day the horrific accident happened.

He said: "I had just been cleaning the vehicle while waiting for a job offer.

"I noticed there was a dropped lighter in the back seat off my car, I had just sanitised my hands so rubbed the palm on my leg to dry them, but the tops of my hands were still wet. 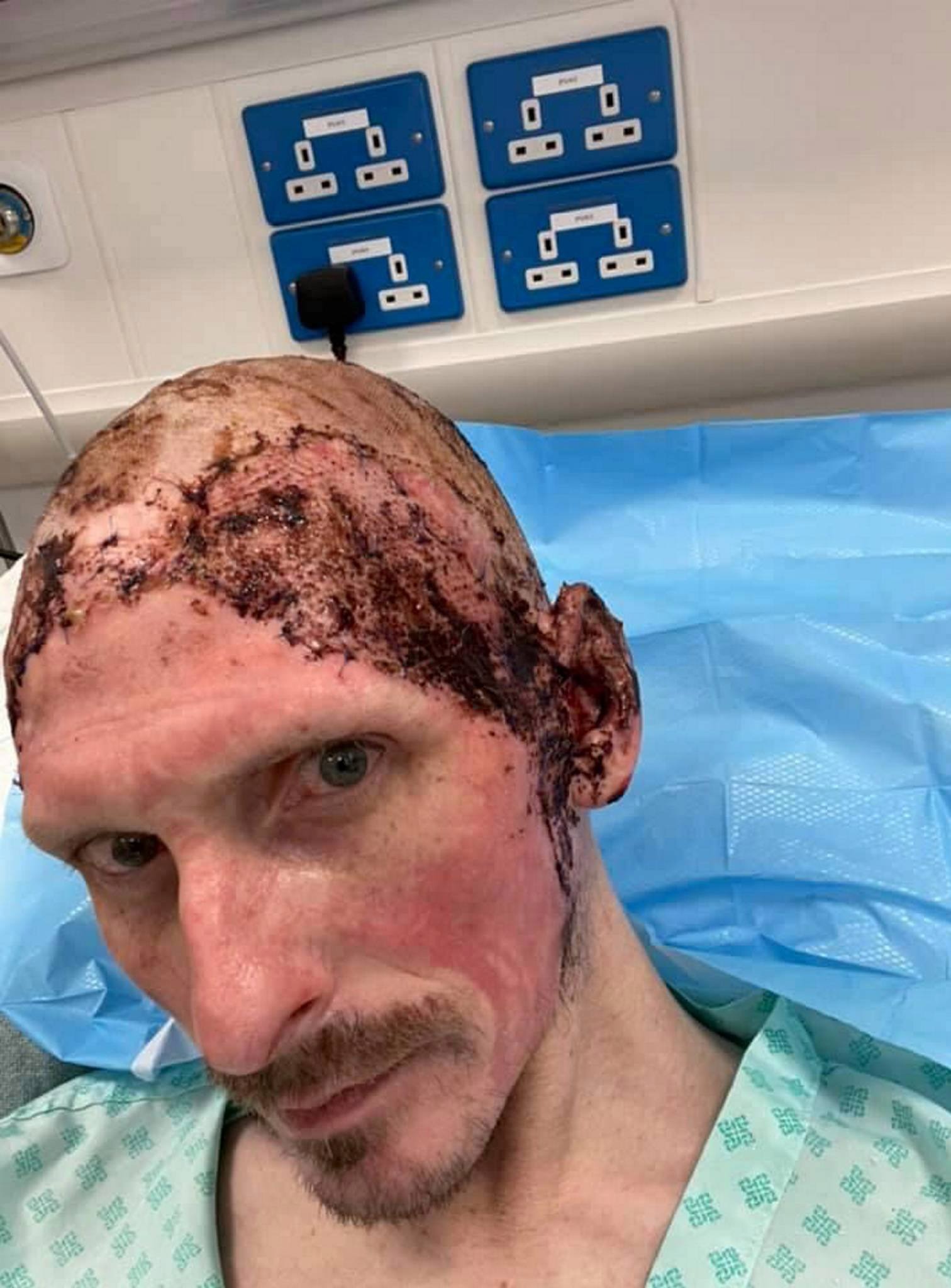 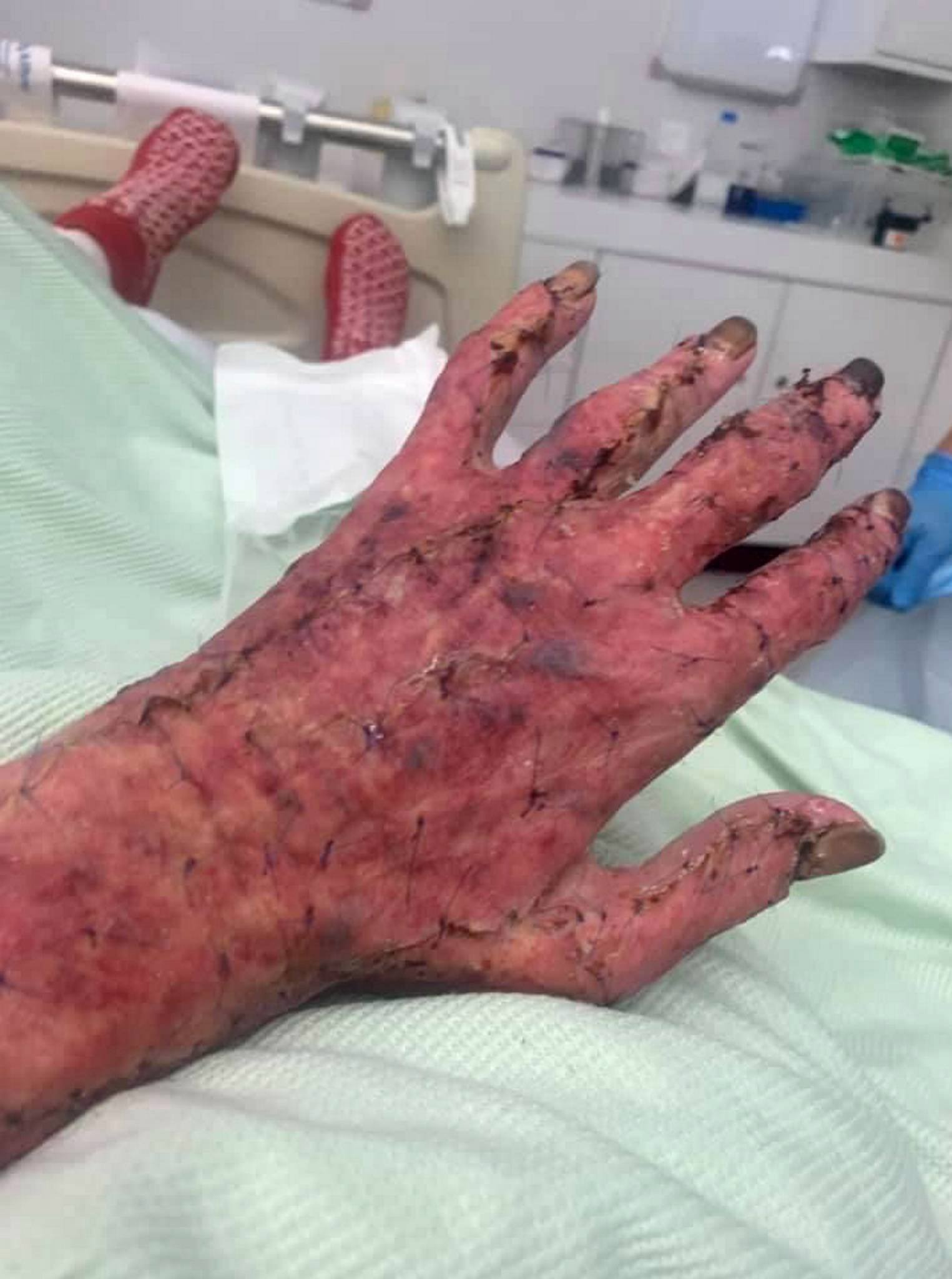 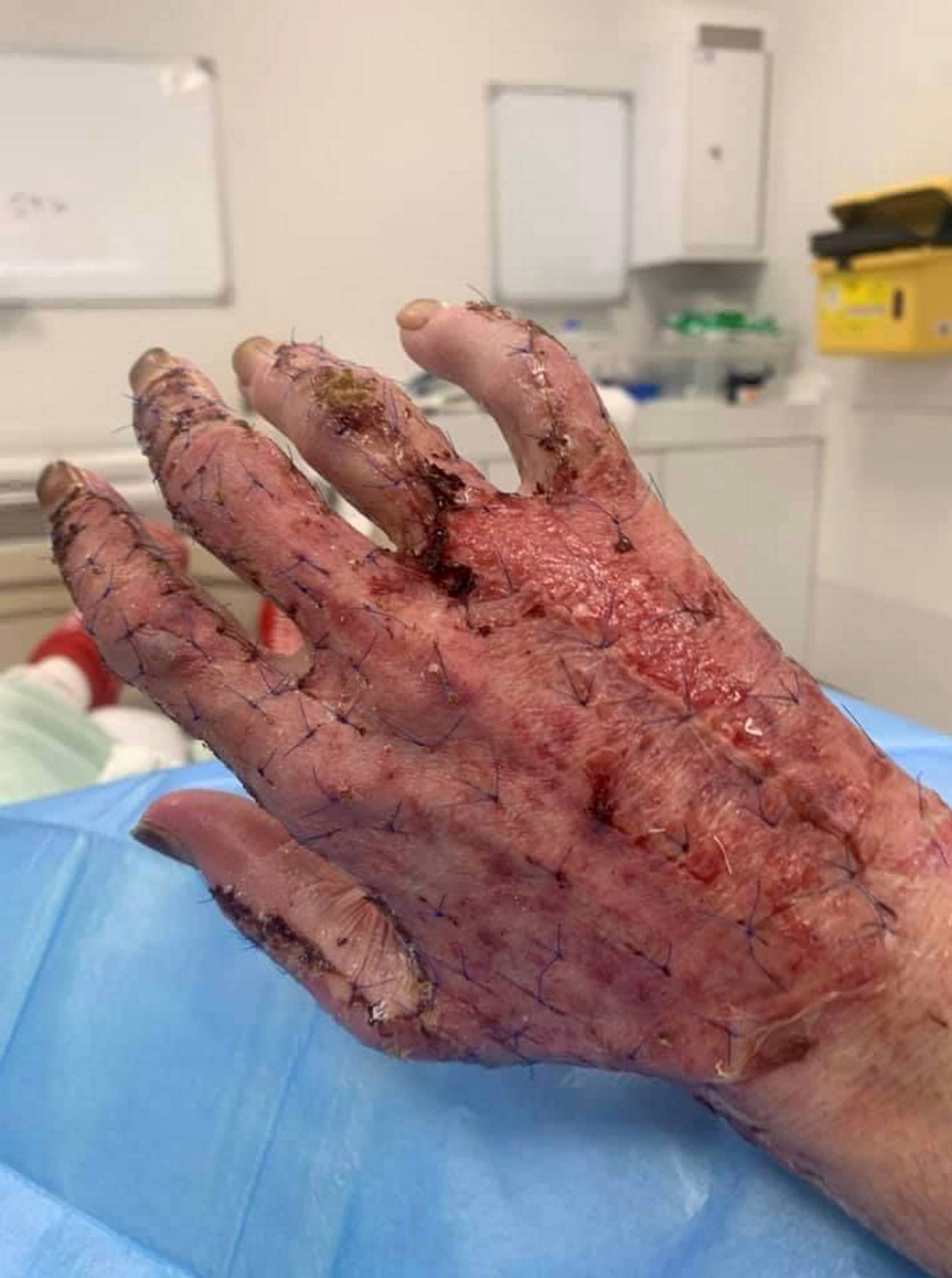 "I picked the lighter up and sparked it to see if worked.

"It lasted literally seconds but as you’ve seen from the pictures it has left me worse for wear.

"I have been hospital for seven weeks I have had skin grafts on both hands, on my head, and ears."

Brian said the hand sanitizer was made up from a mixture of different solutions he had bought over the past few months and added to one bottle to keep in his car.

He added: "I was buying loads from different places and putting it into a bigger bottle as it was easier to put on due to being a taxi driver."

Brian's second child, who is now just five weeks old, was born while he was still in hospital.

He added: "I want to say a big thank you to all the staff on Ward 37 burns unit at the RVI, I appreciate everything they have done for me."

Brian has been left unable to work due to his injuries and a fundraising page has been set up to help him. 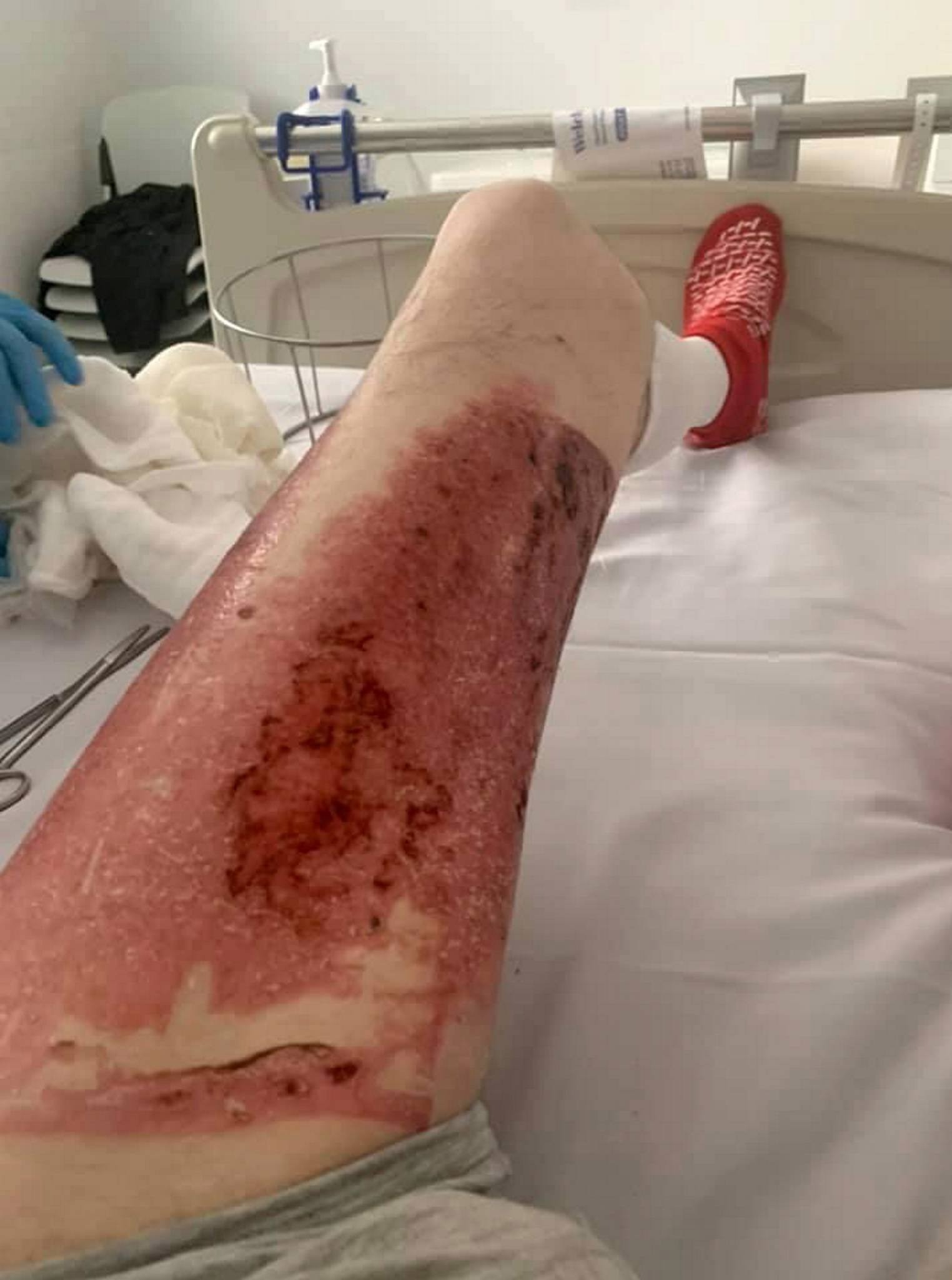 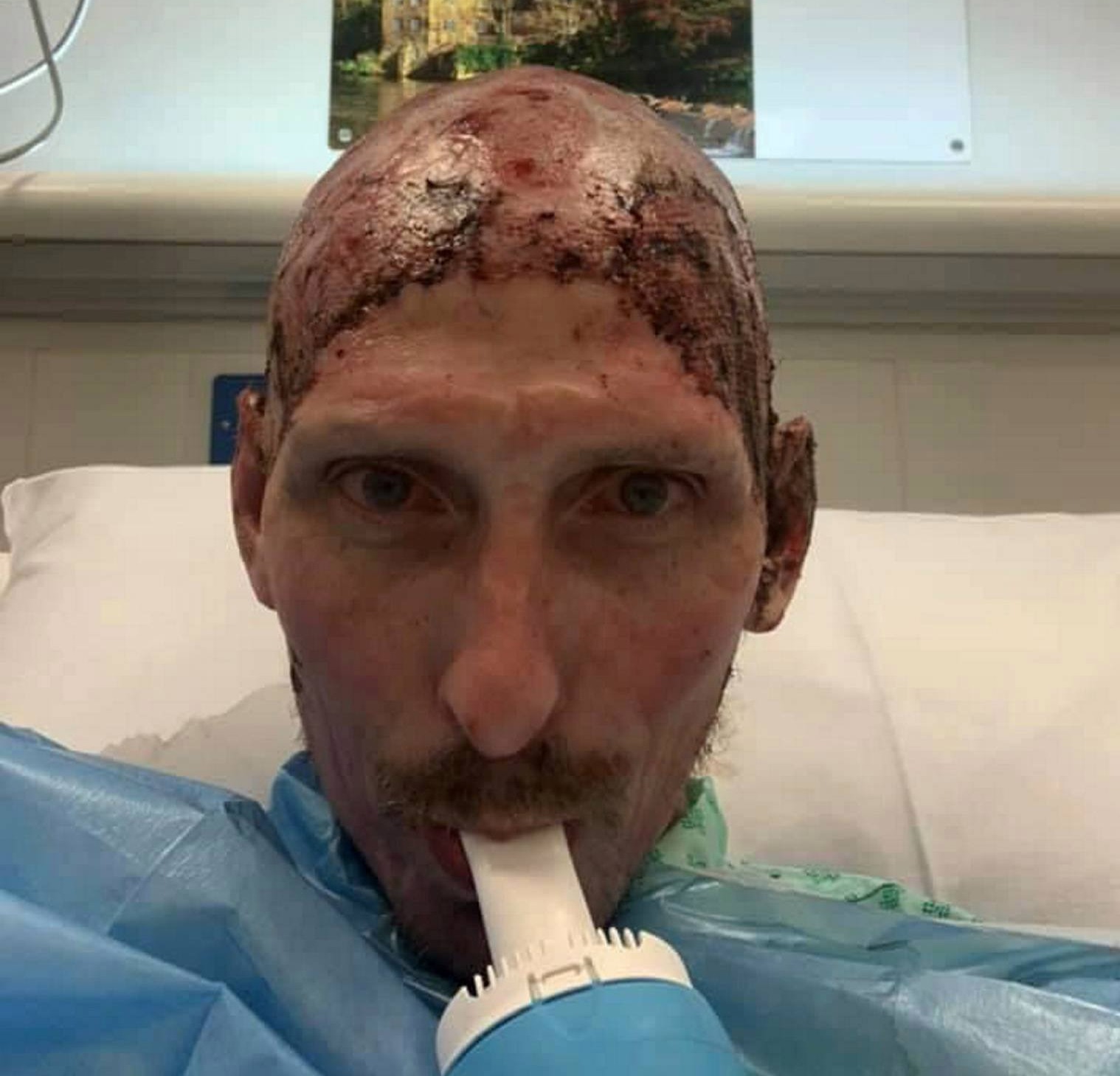