New York: US stock markets plunged on Tuesday, local time, amid growing uncertainty about whether a truce struck between Chinese President Xi Jinping and US President Donald Trump at the G20 summit will lead to a long-term deal to ease trade tensions between the two superpowers.

Trump – who on Tuesday described himself as "a tariff man" – has regularly boasted about gains on the stock market as evidence that the US economy has boomed under his leadership. 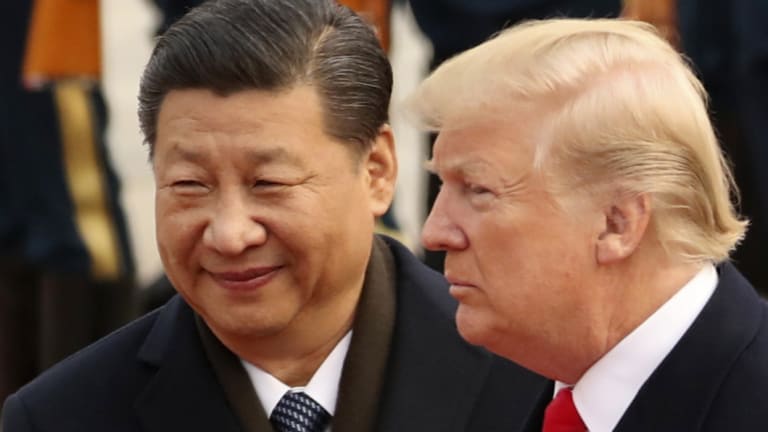 The US stock market plunged on Tuesday following confusion about the status of a trade truce struck by US President Donald Trump and Chinese counterpart Xi Jinping in Argentina.Credit:AP

The Dow Jones Industrial average had fallen by 783 points, or 3.1 per cent, by mid-afternoon on Tuesday local time. The S&P 500 also lost 3.2 percent of its value, and the Nasdaq fell by 3.3. percent.

Analysts said the markets had grown skittish because of a lack of clarity about the future of the US-China economic relationship.

Trump on Tuesday said a deal with China would probably happen, before bragging that his imposts on Chinese goods had added billions of dollars to the US economy. 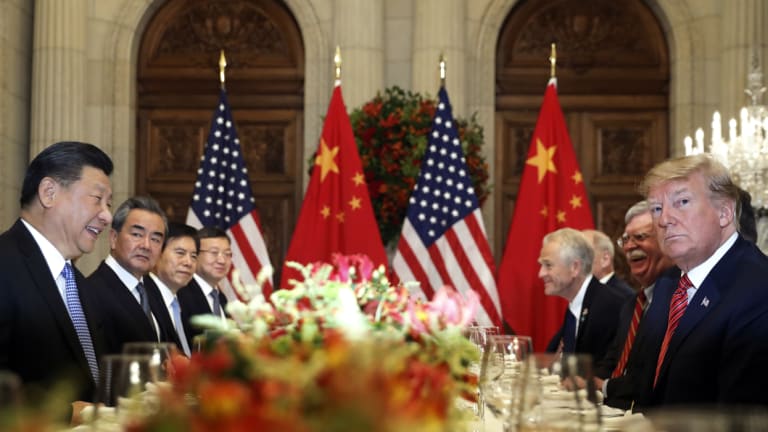 Following the meeting between Trump and Xi in Argentina there has been growing confusion about what exactly the leaders agreed to and whether a 90-day deadline for a resolution began immediately or in January.

Trump has threatened to impose tariffs worth a further US$200 billion on Chinese imports unless China makes it easier for US companies to do business there.

White House officials have also struggled to explain whether China had actually agreed to drop a 40 per cent tariff on US cars as part of the deal.

In a Twitter thread Trump said that negotiations would end 90 days from the date of his "wonderful and very warm dinner with President Xi in Argentina".

He said his economic advisers would determine "whether or not a REAL deal with China is actually possible".

"President Xi and I want this deal to happen, and it probably will." he said.

"But if not remember I am a Tariff Man.

"When people or countries come in to raid the great wealth of our Nation, I want them to pay for the privilege of doing so. It will always be the best way to max out our economic power. We are right now taking in $billions in Tariffs. MAKE AMERICA RICH AGAIN."

Despite Trump's talk of trade deficits, at the heart of the issue for the US is how China accesses intellectual property from American companies.

China also forces Western companies to share intellectual property as a condition for entry into the market. Trump's presidency coincides with a growing frustration from corporate America for these practices.

In Brussels, Secretary of State Mike Pompeo told assembled leaders: "China’s economic development did not lead to an embrace of democracy and regional stability; it led to more political repression and regional provocations. We welcomed China into the liberal order, but never policed its behaviour."

“The actual amount of concrete progress made at this meeting appears to have been quite limited,” Alec Phillips and other economists at Goldman Sachs wrote in a research note.

Willie Delwiche, an investment strategist at Baird, said: “The sense is that there’s less and less agreement between the two sides about what actually took place.