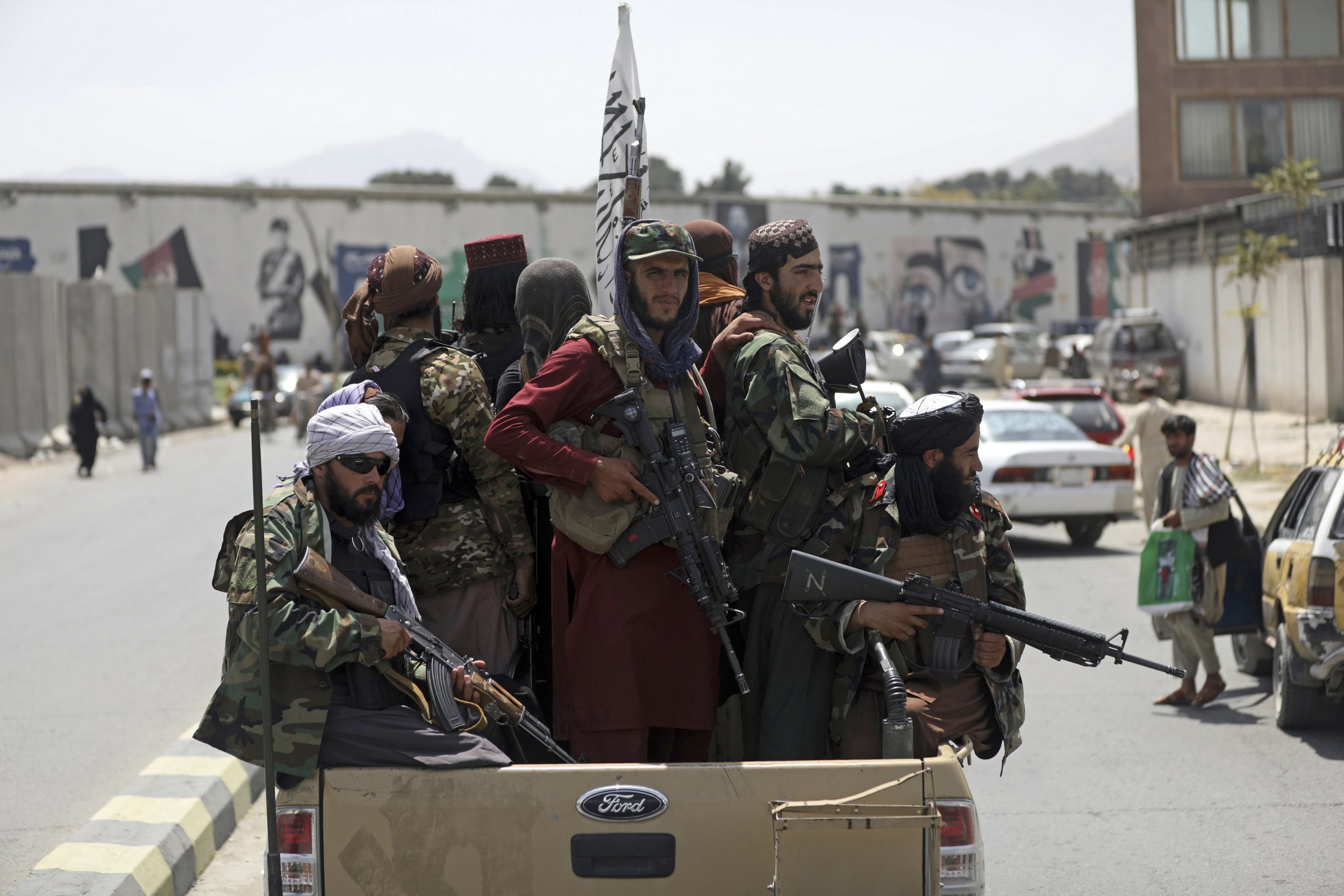 The Taliban are intensifying their hunt for Afghans who worked with the former regime, analysts have warned.

The Islamist group previously promised an amnesty for translators and others employed by western allies, insisting there would be ‘no revenge’.

But the Norwegian Centre for Global Analyses said those who worked for the Afghan military and police were ‘particularly at risk’.

Its report said the Taliban are ‘intensifying the hunt-down of all individuals and collaborators with the former regime’.

If unsuccessful, it says fighters will instead target and arrest family members and ‘punish them according to their own interpretation of Sharia law’.

The report said ‘particularly at risk are individuals in central positions in military, police and investigative units’.

Taliban fighters are screening refugees trying to flee through Kabul airport and are also reported to be going door-to-door looking for pro-Western collaborators.

The report reproduced a letter it said had been written to one alleged collaborator who was taken from his Kabul apartment this week and detained for questioning over his role as a counter-terrorism official.

Dated Monday, the letter from the Islamic Emirate of Afghanistan’s Military Commission said the detainee had travelled to the UK as part of his role, which ‘indicates you have had excellent relations with the American and British’.

Separately, a senior member of the security forces of the ousted administration sent a message to journalists saying that the Taliban had obtained secret national security documents were arresting former intelligence and security staff.

Some people who have tried to pass through checkpoints say militants have beaten them, and have torn up their passports and travel documents.

However it is not clear if these attacks are targeted or if they are being done indiscriminately.

Despite promises that people would be granted ‘safe passage’, women and children desperately trying to flee the country have been beaten with whips and sticks.

Meanwhile, protesters defied the Taliban for a second day, waving their national flag in scattered demonstrations — with the fighters again responding violently.

Many women were out on the streets of the capital this week, despite reports of Taliban fighters shooting a woman dead for not wearing a burqa in public.

Experts have said the country was severely in need of cash, with the Taliban unlikely to receive as much aid as the civilian government had.

And a UN World Food Programme official warned of dire food shortages amid import issues and a drought.

‘A humanitarian crisis of incredible proportions is unfolding before our eyes,’ said Mary Ellen McGroarty.