DAMASCUS (Reuters) – The last shadow puppeteer in Damascus lost most of his equipment to war and endured life as a refugee in Lebanon, but he now believes the old Syrian art form might survive after the United Nations said it needed to be saved. 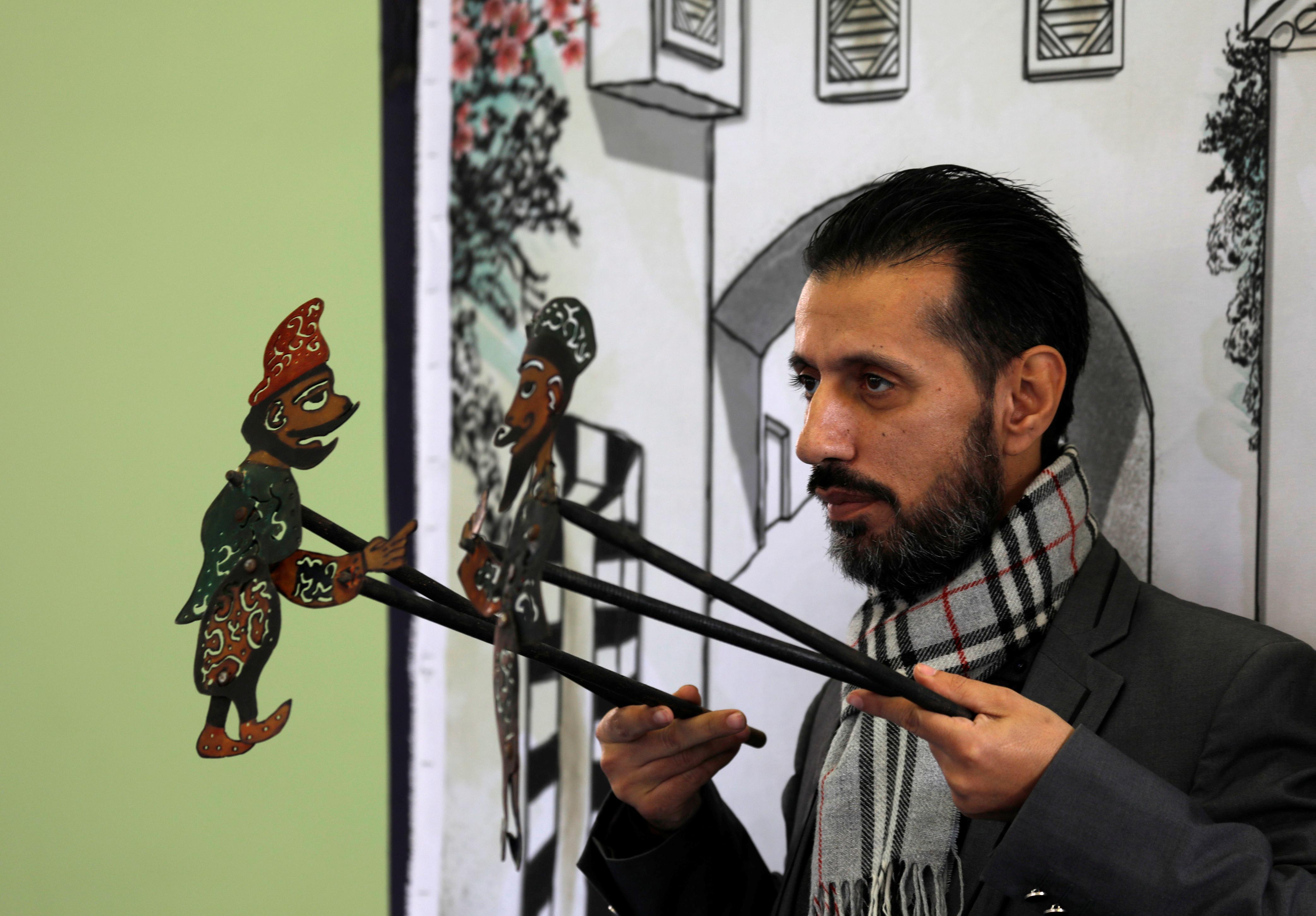 Last week the U.N.’s cultural agency UNESCO added Syrian shadow puppetry to its list of intangible heritage in urgent need of saving, noting its long decline in the face of modern forms of entertainment and the displacement caused by war.

“Until three or five days ago, it was an art that didn’t provide bread. Now we are thinking of buying bread and eating bread… I hope for the better,” said Shadi al-Hallaq, the last puppeteer.

When he took it up in his late teens in 1993, traditional shadow puppetry was already all but forgotten and his family worried he could never make it his living.

He revived the art from old stories and history books, and made the puppets himself. They are crafted from camel, cow or donkey hide and each character represents a particular social trait.

At a recent performance, Hallaq used a translucent screen, painted to resemble an alleyway in the Old City of Damascus, to tell a story about unscrupulous traders using the traditional two main characters – naive Karakoz and the wise, wily Aywaz.

These two puppets, controlled with sticks and pressed against the back of the screen with the light behind them, so that their shadows are projected upon it, are the only ones he has left.

Early in the war, Hallaq lost his mobile theater set and 23 other hand-made characters in eastern Ghouta, just outside Damascus, as the conflict flared.

He fled the fighting, crossing the border into Lebanon, where he worked for two years as a laborer. While there he sometimes performed for Syrian school children and it was during such a show that UNESCO officials first noticed him.

Now back in Damascus, he will start teaching a group of prospective puppeteers in about six months to ensure the art survives, said Rasha Barhoum, a Syrian cultural official.

“I can imagine how happy people will be to see this art survive and not disappear because it is part of our heritage and our culture,” Hallaq said.