Sylvester Stallone denies he’s getting divorced because of his dog.

News broke Wednesday that the Rocky star’s wife, Jennifer Flavin Stallone, filed for divorce after 25 years of marriage. One report claimed the couple had a blowup over a Rottweiler he recently bought that she didn’t want to get, but Sly is denying it.

“We did not end the relationship on such a trivial argument,” the actor told TMZ, the outlet that reported the supposed dog drama.

While he admitted they disagreed over how to care for the dog — because they split their time between multiple homes (L.A. and Palm Beach, Fla.) and he’s often away making movies — he said their issues ran deeper than doggie Dwight.

Sly introduced the dog on social media on Aug. 5:

“We just went in different directions,” he said, adding, “I have the highest respect for Jennifer. I will always love her. She’s an amazing woman. She’s the nicest human being I’ve ever met.”

Fueling rumors about dog drama between the couple is the fact that Stallone recently covered a giant bicep tattoo he had of Jennifer’s face with a tattoo of his old dog, Butkus, a bullmastiff who appeared in Rocky and its sequel.

Just prior to the couple’s divorce announcement, the star’s rep denied they were experiencing marital turmoil. His publicist told the Daily Mail, after the outlet posted photos showing Butkus’s face on Sly’s arm where Jennifer’s once was, “Mr. Stallone intended to refresh the tattoo image of his wife Jennifer; however, the results were unsatisfactory and, unfortunately, unfixable. Mr. Stallone loves his family.” 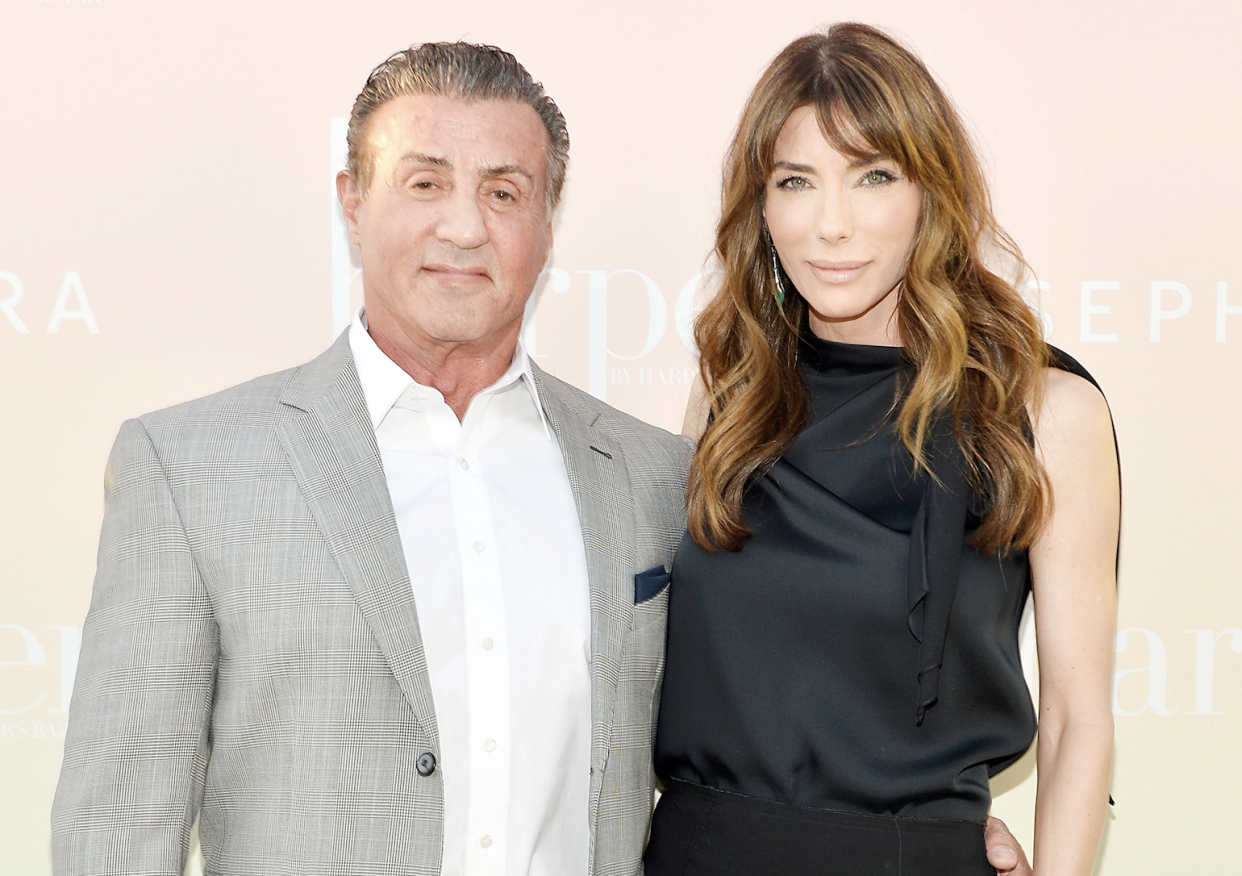 Just a day later, the divorce was confirmed when news outlets obtained her dissolution of marriage, filed on Aug. 19 in in Palm Beach County, Fla.

“I’m sad to announce that after 25 years of marriage I have filed for divorce from my husband Sylvester Stallone,” Jennifer said in a statement to People. “While we will no longer be married, I will always cherish the more than 30-year relationship that we shared, and I know we are both committed to our beautiful daughters.”

Stallone issued a more hopeful statement to Yahoo Entertainment, saying, “I love my family. We are amicably and privately addressing these personal issues.”

While they kept things positive in the press, in the divorce filing obtained by TMZ, Jennifer accused The Expendables star, with whom she shares three daughters, of moving assets from marital funds. The filing stated, “Upon information and belief, the Husband has engaged in the intentional dissipation, depletion and/or waste of marital assets which has had an adverse economic impact on the marital estate.”