SURGE testing will be deployed to TWO new parts of London following the discovery of South African coronavirus variant cases.

Extra tests are being sent to Ealing, west London, and Redbridge, east London, today after the mutant strain was also detected in Buckinghamshire and Lambeth. 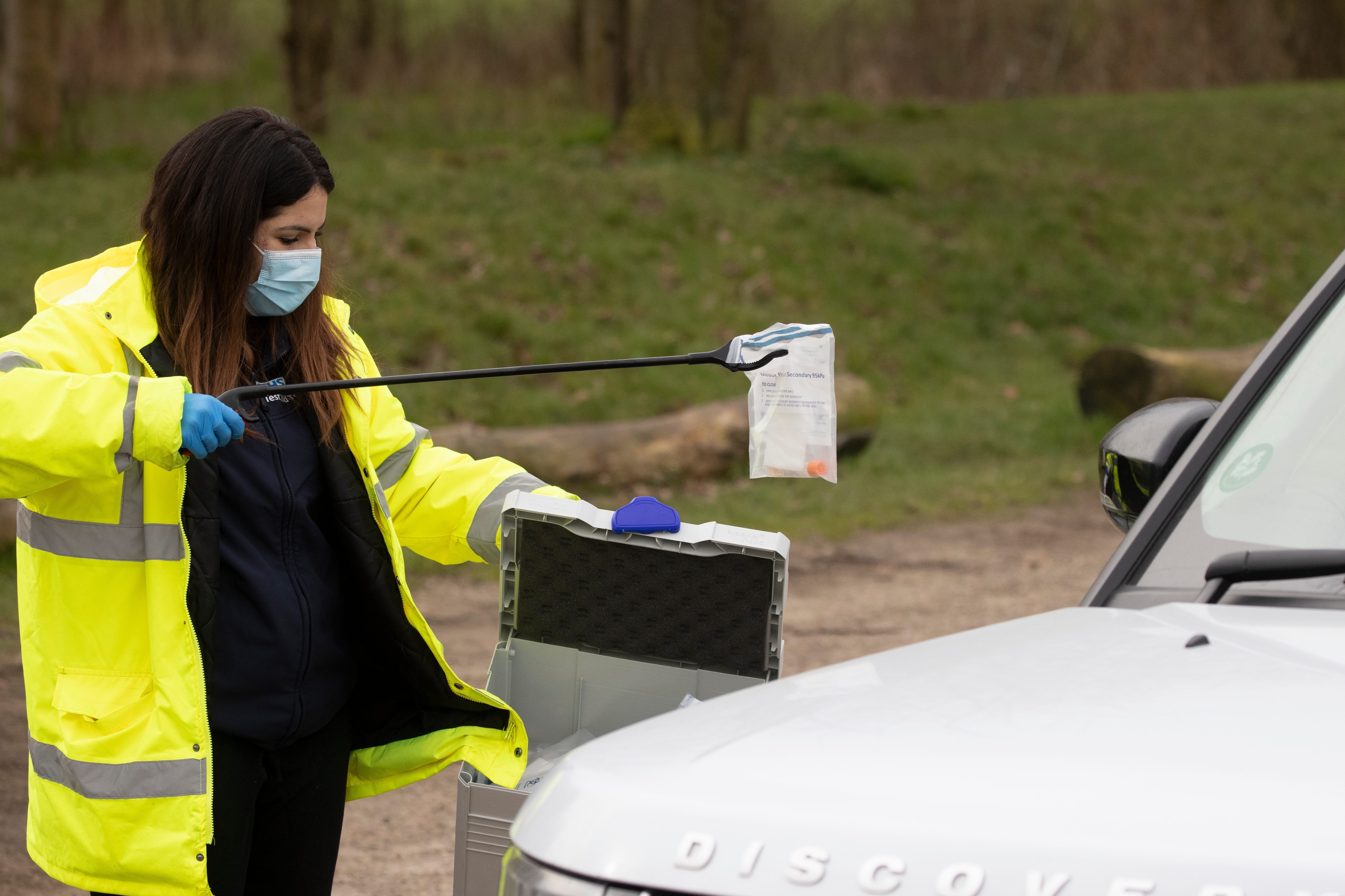 People living in those areas being urged to come forward for a Covid test to control and suppress the spread of any further cases.

The Department of Health said the additional testing and sequencing in the Ealing and Redbridge boroughs are being extended in response to cases identified in Acton, Greenford, Southall, West Ealing and the IG1 postcode.

Additional testing and genomic sequencing is also being deployed to targeted areas within the HP10 postcode in Buckinghamshire and SW8 and SW9 postcodes in Lambeth, where the Covid-19 variant first identified in South Africa has been found.

Positive cases will be sequenced for genomic data to help understand coronavirus variants and their spread within these areas.

Tests can be booked in the usual way and those without symptoms should visit should visit their local authority website for more information.

People living in the areas have been told to get tested, even if they are showing no symptoms. 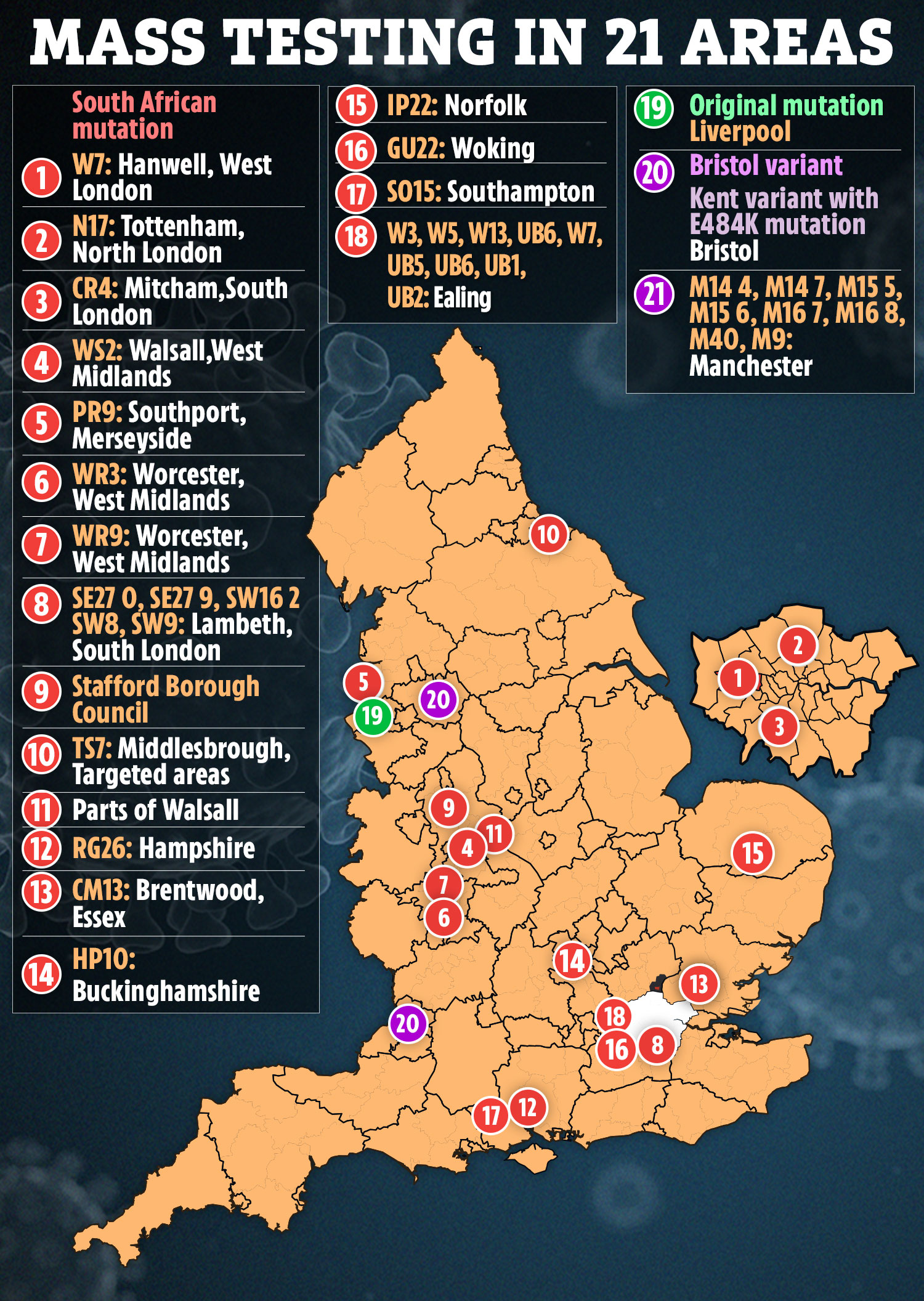 It comes after it was announced last week that Brentwood, in Essex, will have additional testing made available after a single case of the strain was identified.

Anyone living within the CM13 postcode area is encouraged to take a test when offered, regardless of whether they have symptoms.

Infections have fallen sharply in Brentwood, which now has a case rate of 79 cases per 100,000 people in the week up to February 15, according to government data.

Prior to the third lockdown, the area had one of Britain's highest infection rates with a staggering 1,107 cases per 100,000 people in the week ending December 21.

Surge testing has been put in place in certain areas in the UK to monitor the spread of the new variants.

Positive cases will be sequenced for genomic data to help understand Covid-19 variants and their spread within those areas.

It comes despite Matt Hancock assured Brits that cases of the variant were falling across the UK.

The Health Secretary said there was evidence that the stricter measures – including contact tracing and stricter border measures – had slowed the spread of the new strains.

Speaking to Sophy Ridge on Sunday, he said: "We've now got a much stronger vigilance in place, because everybody coming into the country has to be tested and we sequence the results of those tests.

"And we've also got a very strong set of actions working with the local authorities very specifically in the areas where a new variant is found.

"We hit it hard and send in enhanced contact-tracing and go door-to-door.

"We've now got this programme in place to be able to really, really try to stamp out a new variant where we see it. There is evidence that is working."

The variant was first found in the country in December and experts have warned that it can spread at a faster rate than others – with hundreds more undetected cases thought to be in the country.