A MEDICAL student was reportedly left in tears after he was handed the body of his dead friend to dissect in an anatomy class.

Enya Egbe, 26, then a student at the University of Calabr in Nigeria, described his horror after he discovered the corpse belonged his friend Devine – for whom he had known for several years. 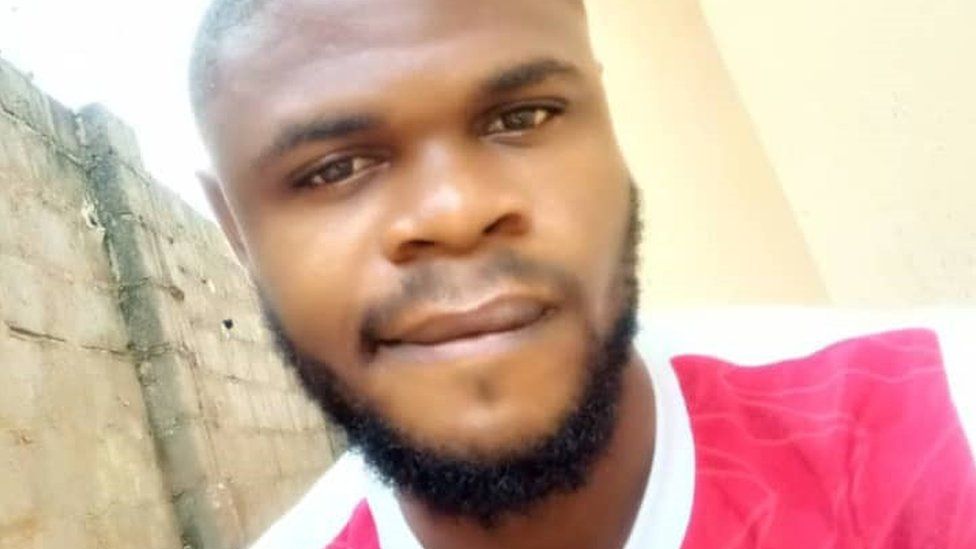 In an interview with the BBC, Egbe recalled the incident that happened seven years ago when he gathered with fellow students around three bodies laid out on operating tables.

He soon discovered that one belonged to his an old friend who had been killed as he reportedly ran out of the room screaming and crying.

"We used to go clubbing together. There were two bullet holes on the right side of his chest," he said.

Oyifo Ana, a fellow student who also witnessed the episode with Enya, said: "Most of the cadavers we used in school had bullets in them.

She added that that one morning, she had even seen a police van loaded with bloodied bodies at their medical school, which had a mortuary attached to it.

The incident was believed to underline a wider issue in Nigeria where killings by police forces often see people go missing, or their bodies remain unclaimed by family members because they don't know where they are.

Because of a law in the west African country, these unclaimed bodies routinely end up in government mortuaries and then are handed over to medical schools for students to learn from.

We used to go clubbing together

After getting in touch with Divine's family, Egbe learned that they too had been looking for his body, contacting three police stations to no avail.

This was after he and three friends were arrested by security agents on the way home from a night out.

The family were eventually able to reclaim his body and reportedly got some of the officers involved in his killing sacked.

Meanwhile, Enya was left with lasting psychological damage as he constantly imagined his friend standing by the door of the anatomy room.

His ongoing struggles meant that that he had to delay his studies and graduate a year after his classmates.

His shocking discovery highlights the lack of corpses available in Nigeria for medical students and what can happen to victims of police violence.

It comes as more than 90% of the corpses used in Nigerian medical schools are “alleged criminals killed by shooting," according to a 2011 research in the medical journal ‘Clinical Anatomy.’

Their estimated ages are between 20 and 40 years-old and 95% are male.

Nigeria's association of anatomists are now lobbying for a change in the law that will ensure mortuaries obtain family consent and full historical records of bodies donated to schools.

Head of the association, Olugbenga Ayannuga, told the BBC: "There will be a lot of education and a lot of advocacy so people can see that if I donate my body, it will be for the good of the society."