Airports face chaos at Christmas as a result of strikes by Border Force staff, officials have warned.

Amid fears of closures, Border Force chiefs have said they hope to keep ‘most if not all’ ports and airports open during strikes which begin tomorrow.

But they warned people travelling back to Britain over the Christmas and New Year period to brace for delays.

Around 1,000 Border Force staff who are members of the Public and Commercial Services (PCS) union will strike every day from tomorrow until the end of the year, except December 27. 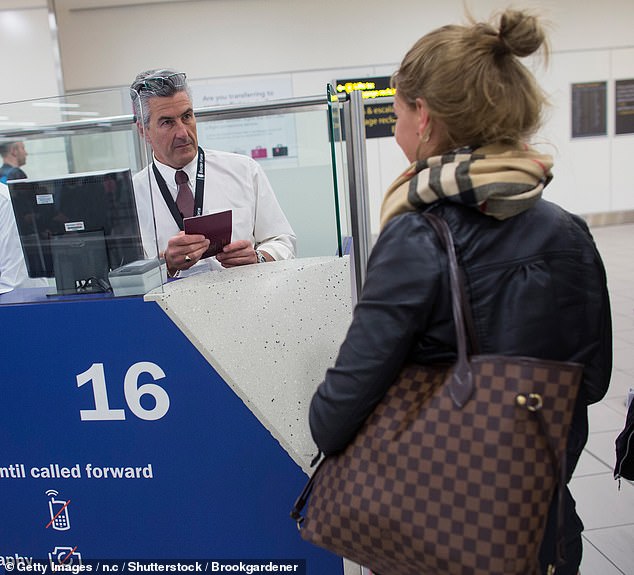 Airports face chaos at Christmas as a result of strikes by Border Force staff, officials have warned 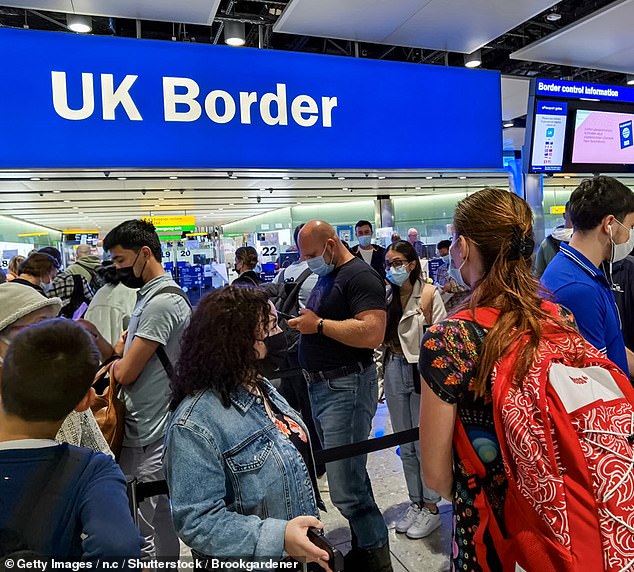 Around 1,000 Border Force staff who are members of the Public and Commercial Services (PCS) union will strike every day from tomorrow until the end of the year, except December 27

Workers at Heathrow, Gatwick, Birmingham, Cardiff, Glasgow and Manchester airports and at the port of Newhaven in East Sussex are taking actions in a dispute over pay, pensions and jobs.

The Army and volunteers from other parts of the Civil Service have been trained to step in.

He added: ‘We have a reasonable expectation that by using this contingency work – force, we’ll be able to deliver a service that keeps most if not all ports open. But the general public should expect some disruption.’

There are fears that delays at passport desks could lead to long queues.

Passengers could even be held on planes, leading to a knock-on effect on departures.

Travellers are urged to check with carriers before they set off and to use passport e-gates on arrival if they can.

Mr Dann said that security at the border was ‘non-negotiable’ and the ‘number one priority’.

However he refused to say how long stand-in workers had received training for.

He added: ‘We do have robust plans in place to minimise delays to passengers, but we’ve been very clear from the start that people should be prepared for disruption and take action to plan ahead.

‘Our contingency workforce will not be able to operate with the same efficiency as our permanent workforce.

‘As in the case with any industrial action, we simply will not know the levels of Border Force permanent officers who will report for duty each day and what the operational impacts might be.’

It came as a planned strike by Eurostar security guards was called off following a new pay offer.

Members of the Rail, Maritime and Transport union (RMT) working for contractor Mitie were due to walk out today but will now vote on a fresh pay offer of more than 10 per cent. 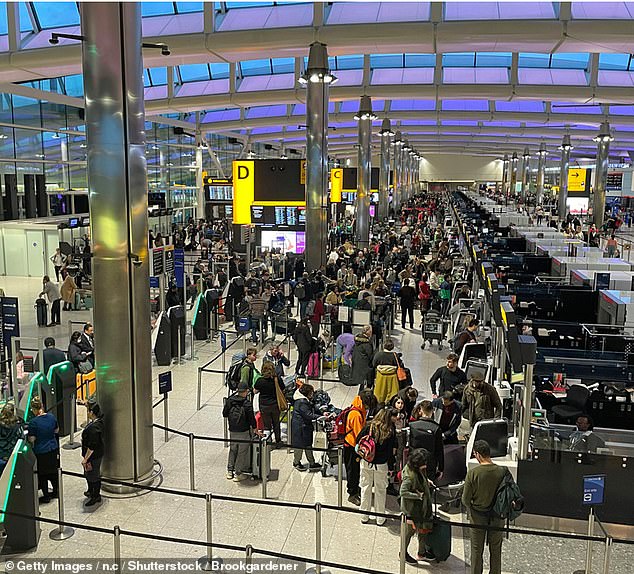 However, on the roads, National Highways workers are ploughing ahead with industrial action from today until Christmas Day.

The strike involves members of the PCS who work as on road traffic officers and in regional operating centres in London and south-east England.

It will escalate on December 30 when PCS members in the West Midlands and southwest England begin action, followed by colleagues in the East Midlands and eastern England on January 6.

All PCS members in National Highways working for the traffic officer service will also take action on January 3 and 4.

Will unions unite to maximise pain?

STRIKES in the health and rail sectors could be co-ordinated in the New Year to maximise disruption to the public, union barons warned yesterday.

Unite union boss Sharon Graham, whose members joined yesterday’s ambulance strike, refused to rule out coordinating strikes with the RMT and other unions.

She added: ‘These are industrial disputes about pay, and that’s very important.’

In the latest sign of coordination, the train drivers’ union Aslef said its members would walk out on January 5 – the only day in the first week of the New Year when other rail unions are not striking.

Nurses in Scotland yesterday rejected a 7.5 per cent pay offer.