‘Stay at home’ stocks Zoom, Amazon and Netflix all plunge after Pfizer announces its COVID-19 vaccine is 90% effective

Stay-at-home stocks like Zoom, Amazon and Netflix plunged on Monday morning after Pfizer announced that its COVID-19 vaccine had proven to be 90 percent effective in trials.

The drug company announced on Monday morning that its vaccine had proven 90 percent effective in clinical trials. 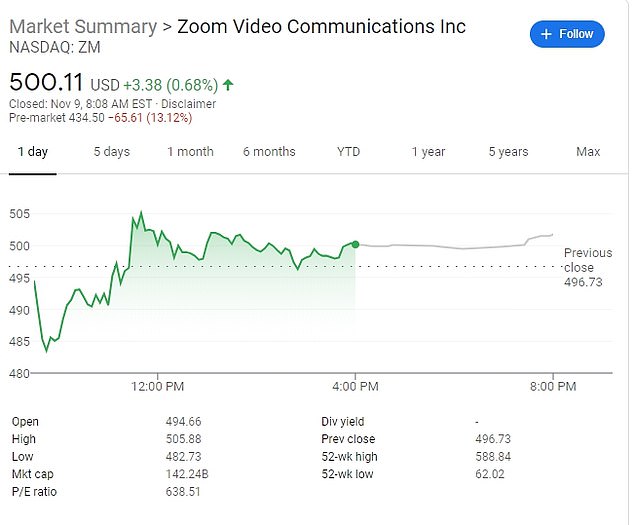 Zoom share prices dropped by more than 15 percent in pre-market trading on Monday as Pfizer made its announcement. Millions of companies are still relying on their video conferencing systems 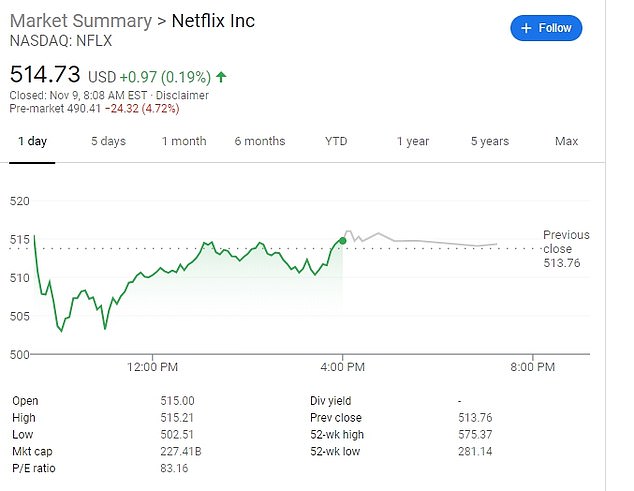 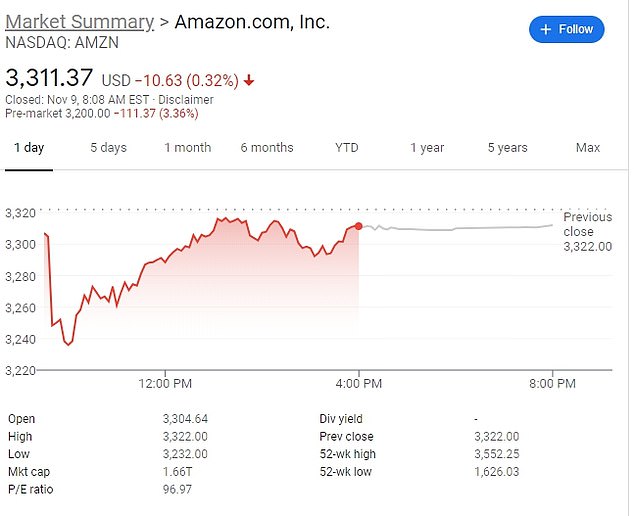 Amazon, another company which thrived in the pandemic, saw prices fall 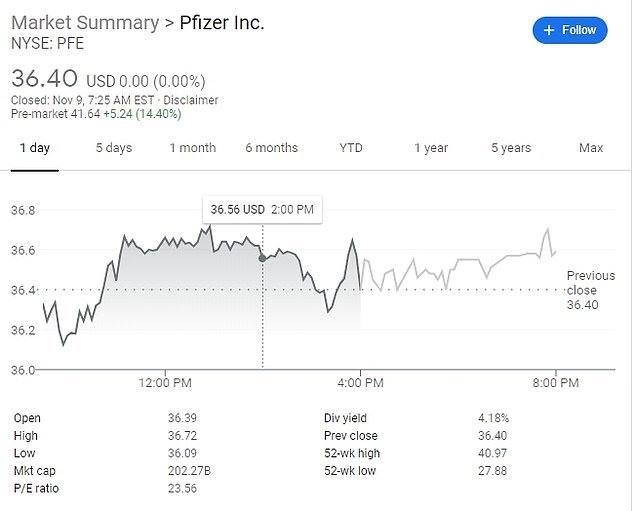 It will be down to government officials and doctors to decide who gets it first.

Zoom stock soared as millions of businesses went online in March after being forced to shut down their office spaces for fear of an outbreak.

At the start of March, its individual share price was $100. It has since skyrocketed to $568. On Monday morning, it dropped to $65.

Amazon, whose online shopping services have been crucial to millions throughout the pandemic along with its video streaming service, dropped by $66 a share, 2 percent of its price at Friday’s close, and Netflix dropped by nearly $30, some 2.7 percent.

Pfizer’s stock jumped by 15 percent in pre-trading on Monday.

Pfizer’s CEO, Albert Bourla, said on Monday that the company would welcome other firms producing their own vaccine.

‘Let me tell you, when it comes to pandemic – the only competitor is the virus and time. [We were] the first of all of us was able to beat, I hope others will be able to beat this virus as effectively as we do because we need options.’ 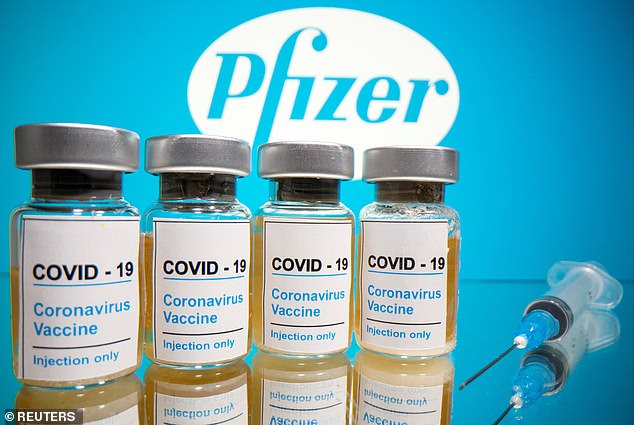 Pfizer says an early peek at its vaccine data suggests the shots may be 90 percent effective at preventing COVID-19. Pfizer and German partner BioNTech SE are the first drugmakers to release successful data from a large-scale clinical trial of a coronavirus vaccine

President Donald Trump, who is yet to concede after losing to Joe Biden, tweeted on Monday: ‘Stock market up big, big vaccine coming soon. Report 90% effective. Such great news!’

‘There is no one more relieved than me seeing this result. [This morning] was exactly what you can imagine. It is a great day for science, a great day for humanity when you realize your vaccine has over 90% effectiveness. That’s overwhelming. The hopes of billions of people and millions of businesses and hundreds of governments that were felt on our shoulders, now we can see light at the end of the tunnel,’ Bourla told CNBC’s SquawkBox.

The doses will be rolled out gradually, with production ramping up ‘significantly’ in the middle of next year, he said.

‘We already started manufacturing some time back. We believe we’ll have 50millon this year and 1.3 billion next year. This will be coming gradually; in the beginning less, then first quarter more, second quarter more, and then we’ll have a significant ramp up in the second half of the year.

‘Given how effective it is, we’re aware that the demand will be much higher than anything we can produce.

‘We are also thinking right now, outside of the box, to see if there are other ways to increase even further to increase manufacturing capacity.