Sir Keir Starmer lashed out at his predecessor Jeremy Corbyn’s icy relationship with the private sector today as he said Labour was ‘pro business’ under his leadership.

The Opposition Leader admitted that the party had previously seemed to regard commerce as ‘to be tolerated’ but not ‘celebrated as a good in itself’ as he addressed the CBI.

In an attempt to make a clean break with Mr Corbyn’s failed era in charge – marked by huge public spending promises backed by punitive taxes – he vowed that any Government he leads will run a ‘tight ship’ economically.

Sir Keir outlined his party’s commitment to ‘chase down every penny we spend’, with a new Office for Value For Money, as well as fleshing out his Make Brexit Work policy.

‘We are not just ”pro business” as two words, we actually believe in business as a force for good in itself,’ he said.

‘Sometimes our party has come across as thinking that business is to be tolerated in some way but not to be celebrated as a good in itself. That mindset has changed under my leadership and under (shadow chancellor) Rachel Reeves.’

Sir Keir also addressed his own political past in the address to the CBI annual conference this afternoon.

Once a leading proponent of a second Brexit referendum, he told the event in Newcastle that Labour has no plans for a ‘rematch’ of the 2016 vote ‘and we are not going to re-join’.

But he used his address to launch an attack on the Government’s handling of Brexit, accusing it of holding the nation back. 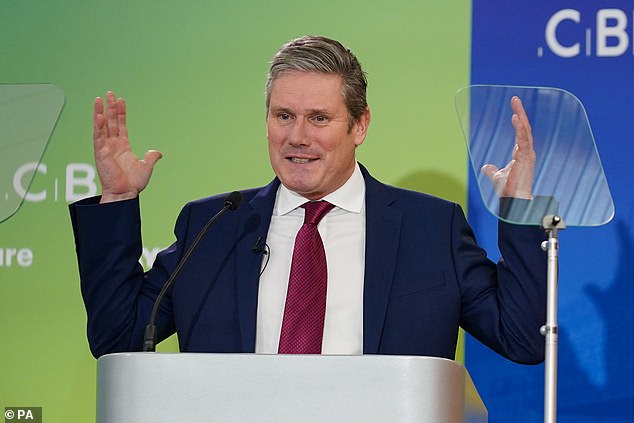 The Opposition leader vowed that any Government he leads will run a ‘tight ship’ economically as he distances the party from the hard-left spending promises of his predecessor. 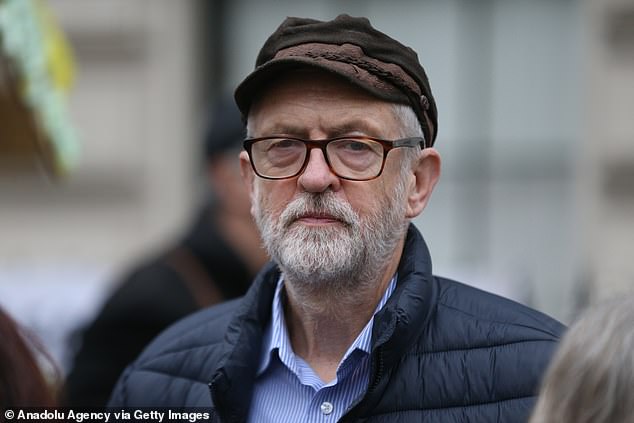 The Opposition leader is expected to vow that any Government he leads will run a ‘tight ship’ economically as he distances the party from the had-left spending promises of his predecessor. 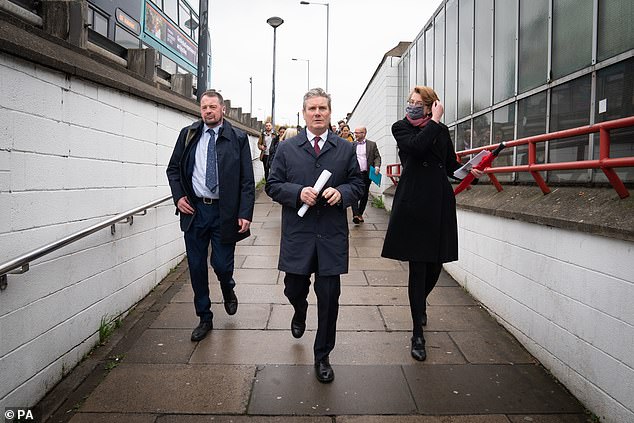 Once a leading proponent of a second Brexit referendum, he will tell the event in Birmingham that Labour has no plans for a ‘rematch’ of the 2016 vote now

On the Government’s spending during the pandemic, the Labour leader said: ‘A company which employed a sitting Conservative MP received £133 million for test kits which had to be recalled because they didn’t work.

‘This isn’t magic money the Tories are wasting. It’s your money.

Promising ‘a stable government and a tight ship’, Sir Keir added: ‘Labour will establish an Office for Value For Money to chase down every penny we spend.

‘Just as every one of you scrutinises the cost side of your business, constantly asking yourself if investments are paying off, we will do the same on behalf of the tax-paying public.’

Mr Corbyn led Labour to disaster in 2019 with a manifesto that contained promises requiring large increases in state spending.

They included the creation of a National Care service, stopping a raising of the state pension age and bring forward net zero environmental plans to the 2030s from 2050.

But perhaps the largest spending pledge was to take the ‘big six’ energy firms, the National Grid, the water utilities, Royal Mail, railways and the broadband arm of BT into public ownership.

He stepped down after Labour gave Boris Johnson an 80-seta majority in the election and has since lost the party whip following an anti-Semitism investigation.

Sir Keir also gave more details of his commitment to ‘make Brexit work’, saying: ‘The Government thinks that all it has to do is say the words ‘Get Brexit Done’.

‘It has absolutely no plan to make Brexit work. Just to be clear, Labour is not planning a re-match, but it is obvious that a poorly thought-through Brexit is holding Britain back.’

He added: ‘We all have a duty to make Brexit work. We would seek regulatory equivalence for financial services, and mutual recognition of professional qualifications, because we absolutely recognise the importance of looking after our world-class financial and professional service businesses.

‘We would seek to maintain Britain’s data adequacy status, making our data protection rules equivalent to those in the EU, to secure UK digital services companies’ competitiveness.

‘We’d also seek a better long-term deal for UK hauliers to ease the supply chain problems we are seeing.’

Lord Bilimoria said: ‘To have a Labour Leader standing on a CBI platform championing the role and success of business shows just how far the party has come.

‘The Leader of the Opposition’s commitments to sound public finances, the green economy and making Brexit work for business will be heard by firms up and down the country.’