Washington: A Canadian self-styled spiritual leader has been charged with sexually assaulting followers whom he transfixed by silently staring at them for hours.

John de Ruiter, 63, was arrested and charged with sex assaults on four alleged victims in separate incidents between 2017 and 2020. 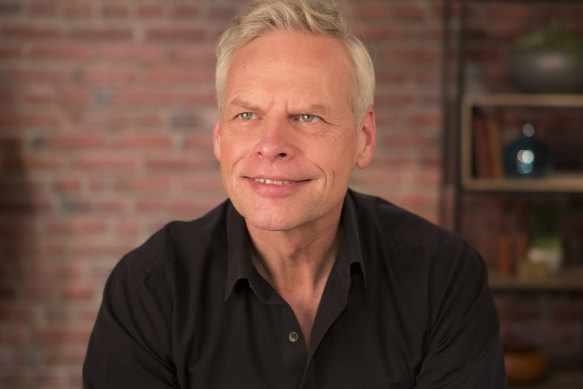 De Ruiter has for decades run the College of Integrated Philosophy, also known as the Oasis Group, in Edmonton, Alberta.

He attracted a global following of thousands, including devotees from Europe, who went to Canada to be stared at by him, believing he could see into their souls.

De Ruiter has been variously described as having a “Charlton Heston smile” and “steely blue eyes” and as being “handsome like a top-tier Porsche salesman”.

One report detailed how he would sit in an armchair on a stage, between two huge video screens showing close-ups of his face. He would then silently stare at the audience in what was called a “dialogue of silent connection”.

One journalist who attended a three-hour meeting called him the “L Ron Hubbard of staring” and reported that the audience was mostly middle-aged women.

He has also been described as a “Messianic figure with a piercing gaze” and a “blue-eyed saviour”.

A Canadian police spokesman said: “It was reported that the accused informed certain female group members that he was directed by a spirit to engage in sexual activity with them.

“And that engaging in sexual activity with him will provide them an opportunity to achieve a state of higher being or spiritual enlightenment.”

Police said they were asking any other complainants to contact them. They described De Ruiter as a “self-appointed spiritual leader”.

A spokesman for De Ruiter said he vehemently denied the allegations.

She told Canadian media: “Mr De Ruiter will be represented by legal counsel and intends to vigorously contest these charges in a court of law.

“This situation is deeply impactful for those who know Mr De Ruiter.”

The group, which De Ruiter founded in 2006, is based in an office building in Edmonton and also conducts spiritual retreats at a campground 200 kilometres outside the city.

De Ruiter was originally from rural Alberta and worked as a maker of orthopaedic shoes. He joined the Lutheran church and then developed his own teachings, initially holding meetings in a bookshop.

Stephen Kent, a professor specialising in cults and alternative religions at the University of Alberta, told Canadian television: “De Ruiter claims to be the living embodiment of truth. He claims to have received messages from Jesus. He claims to get spiritual insight that directs and justifies his behaviours.

According to his website, De Ruiter began his staring meetings following a spiritual awakening which led to him being “fully absorbed into what we are after we die”.

He learnt that “when you are deeply gentled and quieted” that was the “most basic form of true beingness”.

The website said that “living this way at any personal cost is the key to the fulfilment of our purpose for being here”.

It also said that he “does not use sex as a means of control or submission over any person”.