Shocked witnesses described the plane "skidding to a stop" after a suspected engine fault at about 8.30pm on Friday. 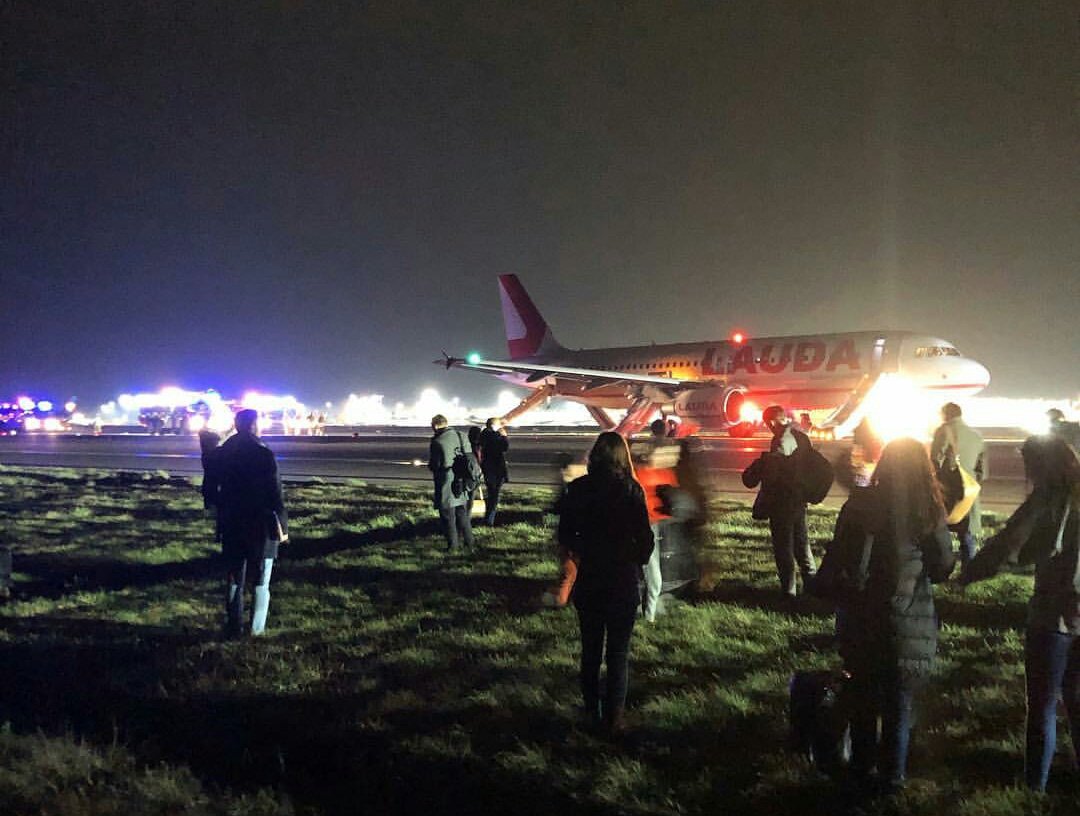 An airport spokesman confirmed they had received reports that eight people were left with minor injuries.

Thomas Steer was on a Vienna-bound Lauda Air flight and was evacuated using inflatable slides along with fellow passengers.

The estate agent, 24, from Essex, said it had been accelerating for around 15 seconds before there was a "big bang on the side of the aircraft which skidded to a stop".

He said: "It was scary. And then staff shouting 'evacuate evacuate'.

"My friend opened the emergency exit and we slid down the slides, a few old people fell over and the fire brigade treated them.

An airport statement said the plane had a suspected engine problem and all passengers were safely evacuated and taken to the terminal.

Shortly before 11pm, Stansted tweeted: "Our runway has now re-opened and is fully operational.

"We are extremely sorry for the disruption caused by the incident but our first priority is always the safety of the passengers and staff."

Earlier, the airport added: "Emergency service attended and all passengers were evacuated from the aircraft as a precaution and have now been taken back to the terminal."

Flights to Stansted were being diverted to other airports – affecting thousands of passengers.

Stansted later tweeted: "The aircraft has now been removed from the runway and a full inspection is underway.

"All flights will resume as soon as it is safe to do so.

"The safety of our passengers is always our top priority and we're working closely with our airlines to ensure affected passengers are looked after."

Laudamotion, the airline's official name, later tweeted: "The crew of OE flight from Stansted to Vienna(1.3.) decided to abort the take off due to engine issues and to disembark the passengers on the runway as a precautionary measure.

"Passengers were transferred to the terminal by bus and will be reaccommodated onto a replacement flight." 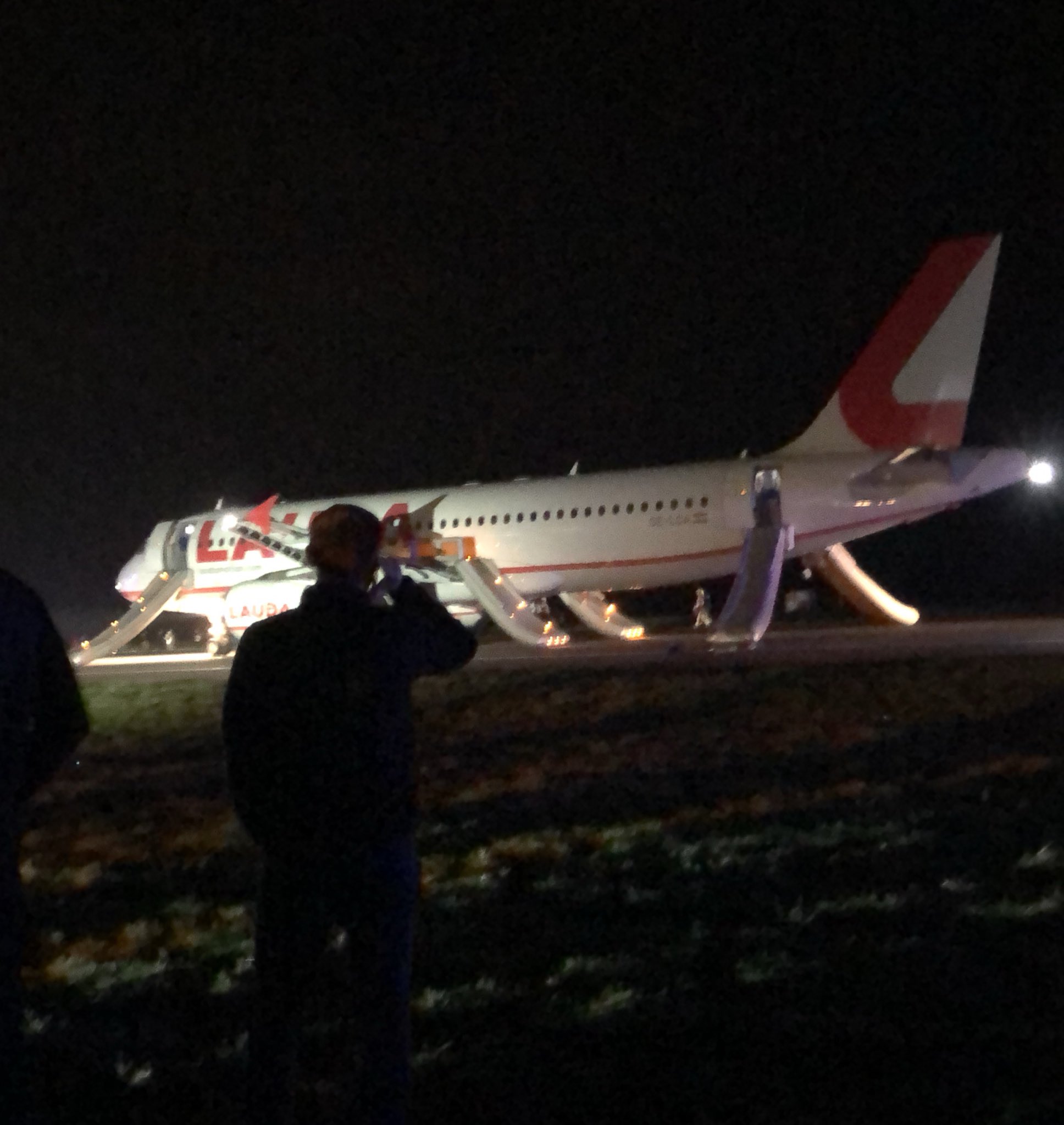 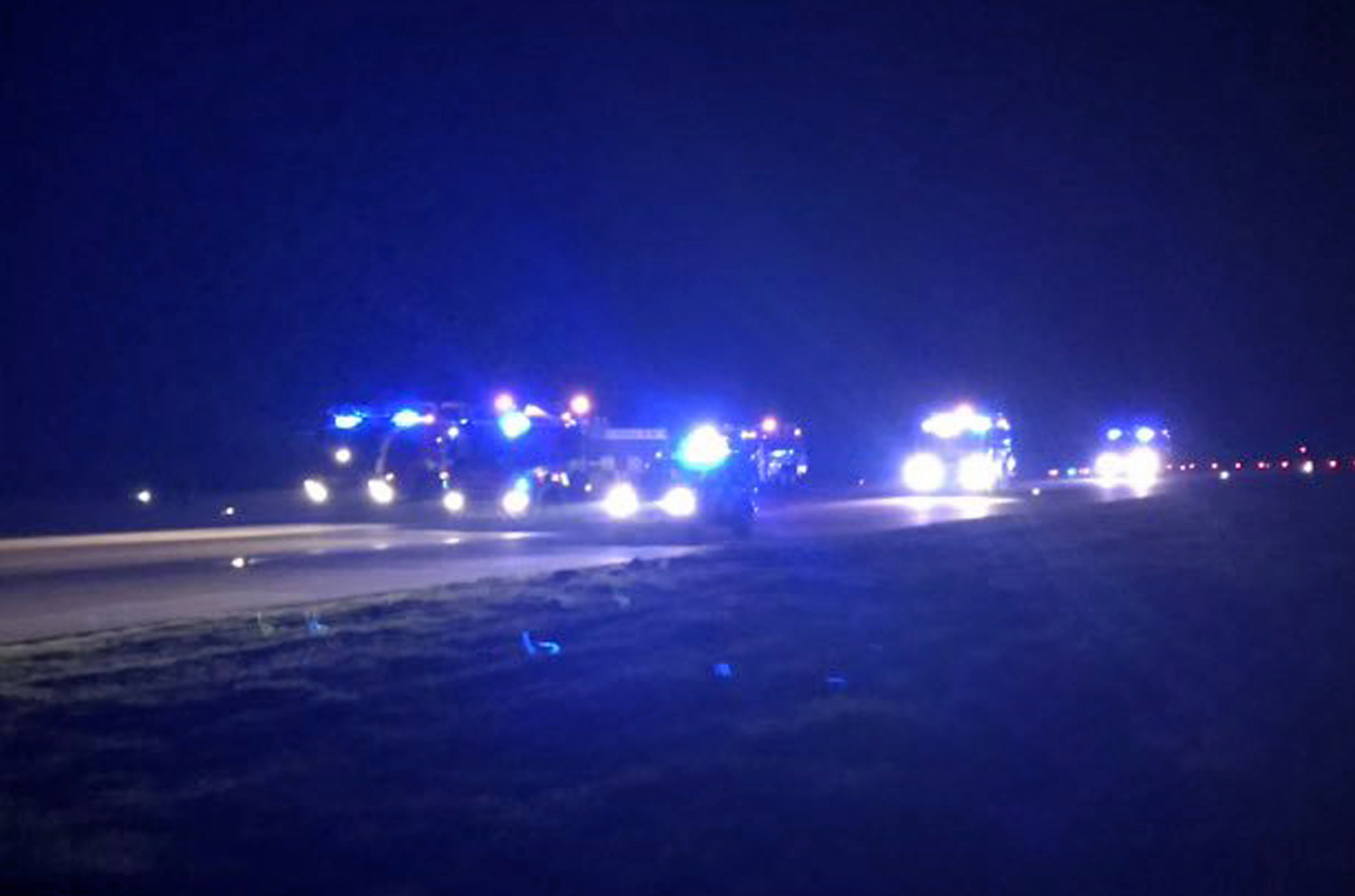