Stalker, 23, is jailed for six years after fleeing to Northern Ireland where stalking laws do not apply to continue his sickening campaign against neighbours, lawyers and local school 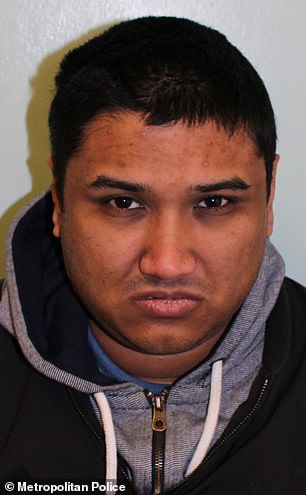 Afzal Miahm 33, sent threatening messages to his victims throughout his trial

A ‘cunning and sinister’ stalker who fled to Northern Ireland where stalking laws do not apply and sent threatening messages to his victims during his trial has been jailed for six years.

Afzal Miah tormented his targets, including a headteacher, a criminal barrister and NHS staff by bombarding them with intimidating voicemails and emails which included death threats.

‘Resentful’ Miah, 33, who frequently diverted police away from actual crimes by making fake reports about his ‘bullies’, trying to get them sacked and arrested, was sentenced at Snaresbrook Crown Court in London yesterday.

The stalker was also handed a ten-year restraining order. Miah was convicted of seven counts of stalking and one count of breaching a criminal behaviour order (CBO) and a restraining order in December, the Metropolitan Police said.

Miah was handed a restraining order in 2015 after posting soiled toilet paper to his neighbours in Enfield, North London, according to the Evening Standard. 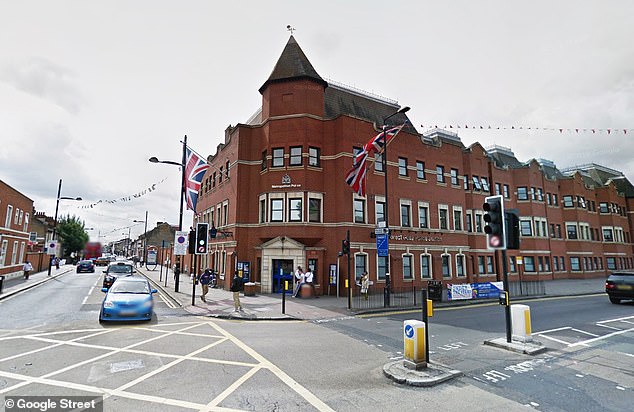 Having been booked into Forest Gate police station (above) in East London, he was charged with seven counts of stalking and one count of breaching a criminal behaviour order

The ‘dangerous individual’, who made the bogus reports against his perceived enemies in the London borough in summer 2018, later fled to Belfast to escape the jurisdiction of his CBO but was tracked down and extradited, the Met said.

There are no stalking offences in Northern Ireland, just harassment offences.

Upon flying back to London from Belfast, Miah fought with Met officers, one of whom he assaulted.

Having been successfully returned to London and booked into Forest Gate police station, he was charged with stalking and breaching the CBO.

‘The fact that he fled to Northern Ireland to escape his CBO, and knew that there is no such offence, shows how dangerous this individual is.’

In court for another incident, Miah also submitted forged police and prosecution documents to the judge in an attempt to dupe the court into handing him a less severe sentence, the force added.

Detective Constable David Tate, from Scotland Yard’s stalking threat assessment centre, said: ‘Miah is what we would call a ‘resentful’ stalker – someone who feels as though they have been mistreated or that they are the victim of some form of injustice or humiliation and they want to exact revenge or ‘even the score’.

‘In Miah’s own head, he believed that the systems had failed him and he became fixated on the ‘disservice’ he thinks that he received from some of his victims.’

Some of his victims were known to him and had helped him in the past, while others had no affiliation with him, Mr Tate added.