Jealous Sports Direct worker who tried to hire £1,000 hitman on the dark web to murder female colleague after discovering she was ALSO having an affair with their married boss is jailed for 12 years

A jealous woman who thought she was hiring the notorious Mexican Sinaloa Cartel to murder a love rival in Milton Keynes has been jailed for 12 years.

Whitney Franks went onto the dark web to find someone prepared to kill the woman who worked with her at Sports Direct after she discovered they were both having sex with their manager, James Prest.

The 26-year-old shop worker offered £1,000 to anyone willing to kill 29-year-old Rutt Ruutna. However, her plot failed when her messages were spotted on the Sinaloa Cartel Cyber Team forum by a BBC investigative journalist who passed on the details to the police.

Franks had posted her intended victim’s details online so the Mexican Sicario would know where to go once he arrived in Milton Keynes.

Franks, wearing a black top and a high ponytail, sobbed in the dock as Judge Paul Dugdale sent her down. 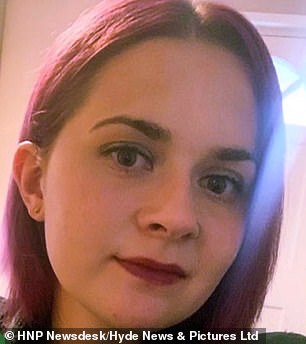 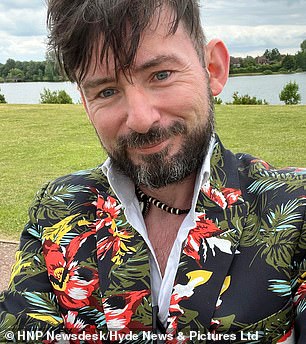 Whitney Franks went onto the dark web to find someone prepared to kill 29-year-old Rutt Ruutna who worked with her at Sports Direct in Milton Keynes after she discovered they were both having sex with their manager, James Prest

A court previously heard the defendant was competing for the affections of Franks’ lover, Sports Direct general manager, James Prest. This was despite both women being aware that he had a long-term partner and two children.

Franks’ messages, posted on a page claiming to be the infamous Sinaloa cartel, had been discovered by the BBC journalist in August 2020.

The court heard Mr Prest was involved in a relationship with the two women while having a partner and two children at home.

Prosecuting, Andrew Copeland said: ‘She had been using the dark web, as discovered by Carl Miller, an investigative journalist for the BBC.

‘He found two conversations the defendant engaged with. One said “I’m looking for the murder of a woman. I have £1,000 and I am willing to pay more. This woman has caused a lot of problems for myself and others.”

‘As a result of the police being notified by Mr Miller, they attended the address of Ms Ruttna where her landlady pointed them to the Sports Direct. They spoke to her and she was in utter disbelief, but she did say “I have a hunch who did this – Whitney Franks.”‘

The court heard Franks was arrested in September 2020 and interviewed under caution where she admitted looking at the dark web. 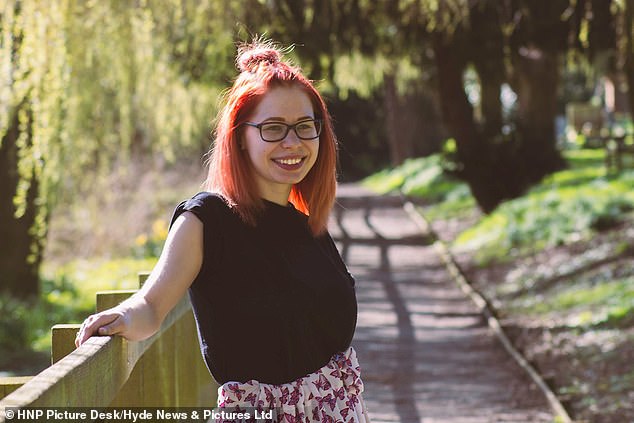 Franks previously denied the charge, claiming she believed the website was a scam and she knew her victim was not in any danger. Despite this, she was convicted unanimously of soliciting murder after just four hours of deliberations in July this year.

Defending, James McCrindell said: ‘The defendant very much understands that, after conviction in this case, a prison term of sufficient length must be put upon her but in the particular circumstances, a much shorter prison sentence can be passed.

‘There are two series of conversations over two days and what happens here is an effort to get her BitCoin back, so the inference must be that she persisted and then stopped.

‘The evidence at the trial was that the persons she was dealing with were scammers, so no harm was in fact ever going to come about. Ms Franks has done nothing to put the plan into action. All that happened is that the request was made.’

Mr McCrindell said his client became isolated during lockdown and found herself in a ‘very dark place’ which exacerbated her jealousy. 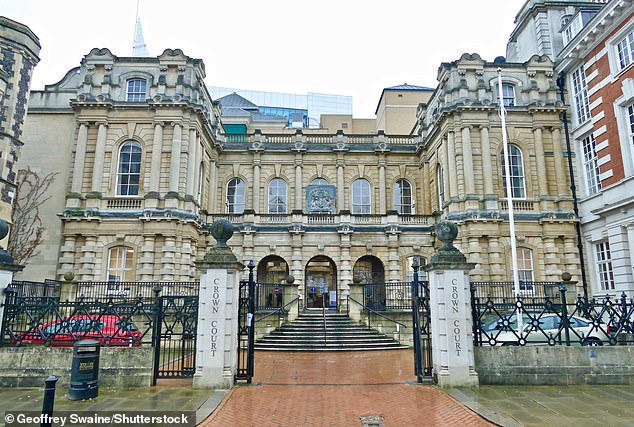 Judge Paul Dugdale, sitting at Reading Crown Court, pictured,  jailed Franks for 12 years, ruling that she must serve two-thirds of the jail term before she can apply for parole

Sentencing in Reading Crown Court, Judge Paul Dugdale said: ‘In the reality of sitting at home in lockdown accessing the dark web, Whitney Franks may have not really thought through what she was doing through naivety, but accessed the dark web to access an organisation calling themselves the Sinaloa Cartel Cyber Team and she tried to contact them to hire someone to kill Rutt Ruttna.

‘She gave that organisation Rutt Ruutna’s name, address, social media details, everything they needed to find her. She said right at the start “I’m looking to hire for the murder of a woman.”

‘I understand from everything I have read how out of character that was and, very sadly for Whitney Franks and her family and friends here, that action makes this offence very serious.’

Franks, of Two Mile Ash, Milton Keynes, Buckinghamshire, was sentenced to a total of 12 years imprisonment. She will have to serve two thirds of this sentence before she is eligible for parole.