Speeding drug-driver, 25, who killed a newly married cyclist after texting a friend while behind the wheel is jailed for just 21 months

A speeding drug-driver who ran down and killed a newly married cyclist just seconds after texting a friend while behind the wheel has been jailed for 21 months.

Kornel Marcinek, 25, struck Joe Burton from behind with his BMW while he was high on marijuana and driving at 37mph in a 30 zone along Hill Lane, Southampton, just before 10pm on July 23, 2021.

Just 21 seconds before crashing into his 33-year-old victim, the Polish national was using his phone to send a message leaving him distracted, a court heard.

Marcinek has now been jailed for causing the death of the electrician, who suffered fatal head injuries in the collision, by dangerous driving.

Southampton Crown Court heard Mr Burton had married only three months before he was killed and was ‘looking forward to making a life together with his wife’.

In a statement his widow, Anna Torina, said the couple had been hoping to start a family.

She said: ‘I never got to say goodbye or tell him I loved him one last time. I don’t really have a reason to get up in the morning. 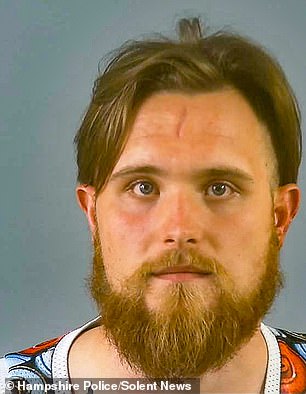 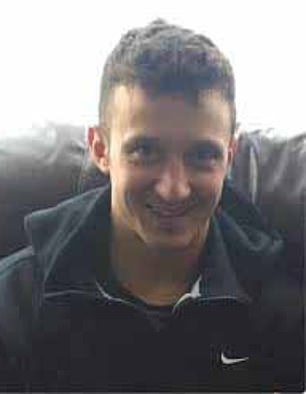 Kornel Marcinek (left), 25, struck Joe Burton (right) from behind with his BMW while he was high on marijuana and driving at 37mph in a 30 zone along Hill Lane, Southampton, just before 10pm on July 23, 2021

‘I’m still feeling too weak to work or even look for a job. I see him in my dreams quite often and that brings comfort and pain. We wanted to have a baby.’

Ms Torina described how they had first met when they were both on holiday in Sri Lanka.

The couple married in April 2021 and decided to move back to his home town of Southampton where they bought a flat.

She said that she can no longer move to the UK from Russia as planned because she could not get a visa following her husband’s death.

Prosecuting, Thomas Wright told the court that Mr Burton was cycling along Hill Lane, Southampton, just before 10pm on July 23, 2021, when Marcinek’s BMW collided with him.

The driver had been at a barbecue earlier that afternoon where he had smoked a cigarette that ‘must have contained some marijuana’ with a friend, the hearing was told.

While driving away from the party, Marcinek sent a text to a friend asking him about some furniture they were moving the next day.

Around 21 seconds after sending the text, the driver, who had only passed his driving test in October 2019, collided with Mr Burton’s bike. 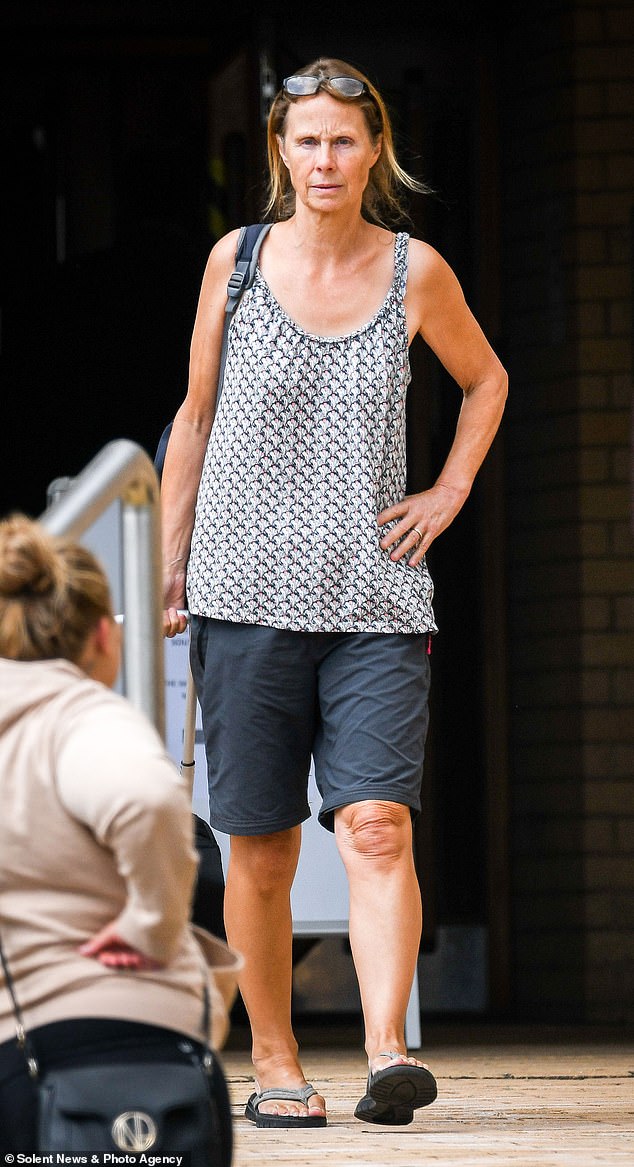 Mr Burton’s mother Christine (pictured), a trained nurse and counsellor, told the court of the ‘excruciating pain and almost unbearable loss’ she has felt since her son was killed

The court heard that Marcinek, of Southampton, had been travelling between 37 and 40mph along the road which has a 30mph limit.

Mr Burton, whose family described him as a ‘hard-working electrician who loved to travel and exuded happiness’, was rushed to hospital after the incident but died from his injuries.

In addition to being jailed for a total of 21 months, he was also banned from driving for two years and ten months.

Judge Nicholas Rowlands concluded that the defendant was on his phone at the time of the incident and was ‘not fully concentrating’.

He said to the defendant: ‘You ought to have seen and avoided him (Mr Burton)’.

Mr Burton’s mother Christine, a trained nurse and counsellor, told the court of the ‘excruciating pain and almost unbearable loss’ she has felt since her son was killed.

In a statement after his death, his family said: ‘Joe liked to work hard and play hard. He trained as an electrician with a local electrical company and studied at Eastleigh College, twice achieving apprentice of the year. 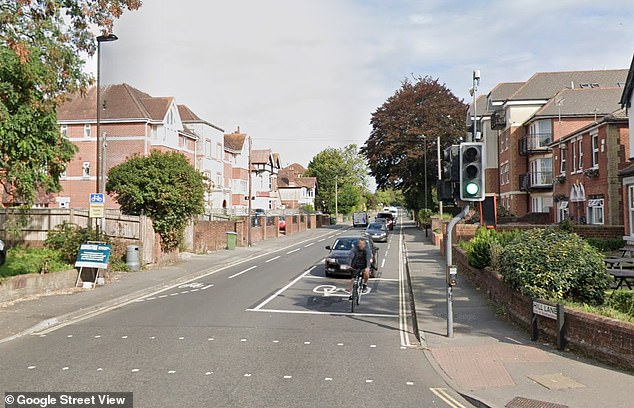 The court heard that Marcinek, of Southampton, had been travelling between 37 and 40mph along the road (pictured) which has a 30mph limit

‘He loved travelling and worked in many places including the French Alps, Thailand, Australia, and Switzerland and also spent two tours in Antarctica with the British Antarctic Survey and the Australian Antarctic Division.

‘He exuded happiness and will be remembered by everyone he met even if he barely spoke their language.

‘His infectious attitude would make you feel anything was possible.

‘He was recently married to his wife Anna and was so excited to be making a life together with her.

‘His words to us all missing him today would be, “you’ll be alright”.’

Following the sentencing Police constable Lucy Hawkins, from the Serious Collision Investigation Unit, said: ‘When Marcinek got into his vehicle that evening, knowing he was under the influence of drugs, he had absolutely no regard for the danger he posed to other road users.

‘His selfish and thoughtless actions meant the life of a popular, happy and well-respected man was cut short. Joe’s family and friends will now have to live with the catastrophic consequences of this incident for the rest of their lives.

‘I hope this case will once again highlight the dangers of driving whilst under the influence of drugs and the responsibility that falls on all drivers to drive their vehicles safely and with regard to all other road users.’