THREE separate wildfires ravaging across South Dakota have forcedevacuations of more than 400 homes and shut down the Mount Rushmore Memorial.

The Schroder Fire, which is raging in Pennington County, had burned as much as one and a half square miles and was zero percent contained as of Tuesday morning, the Pennington County Sheriff's Office. 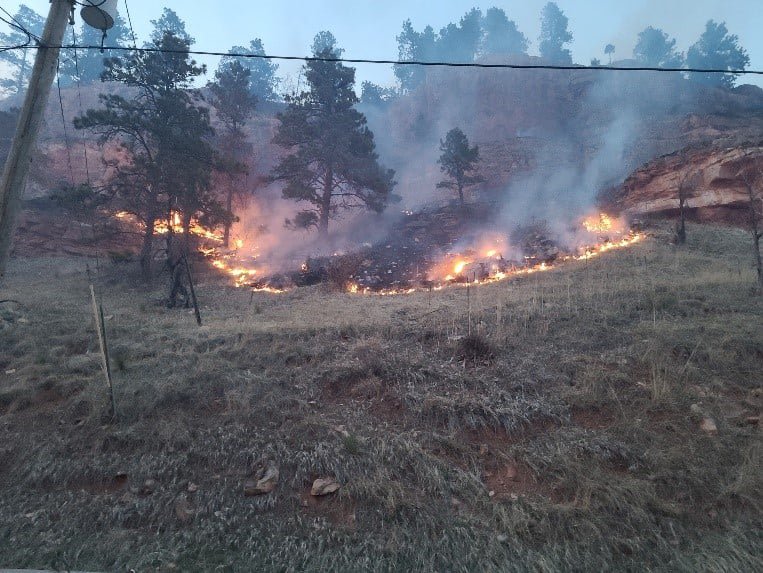 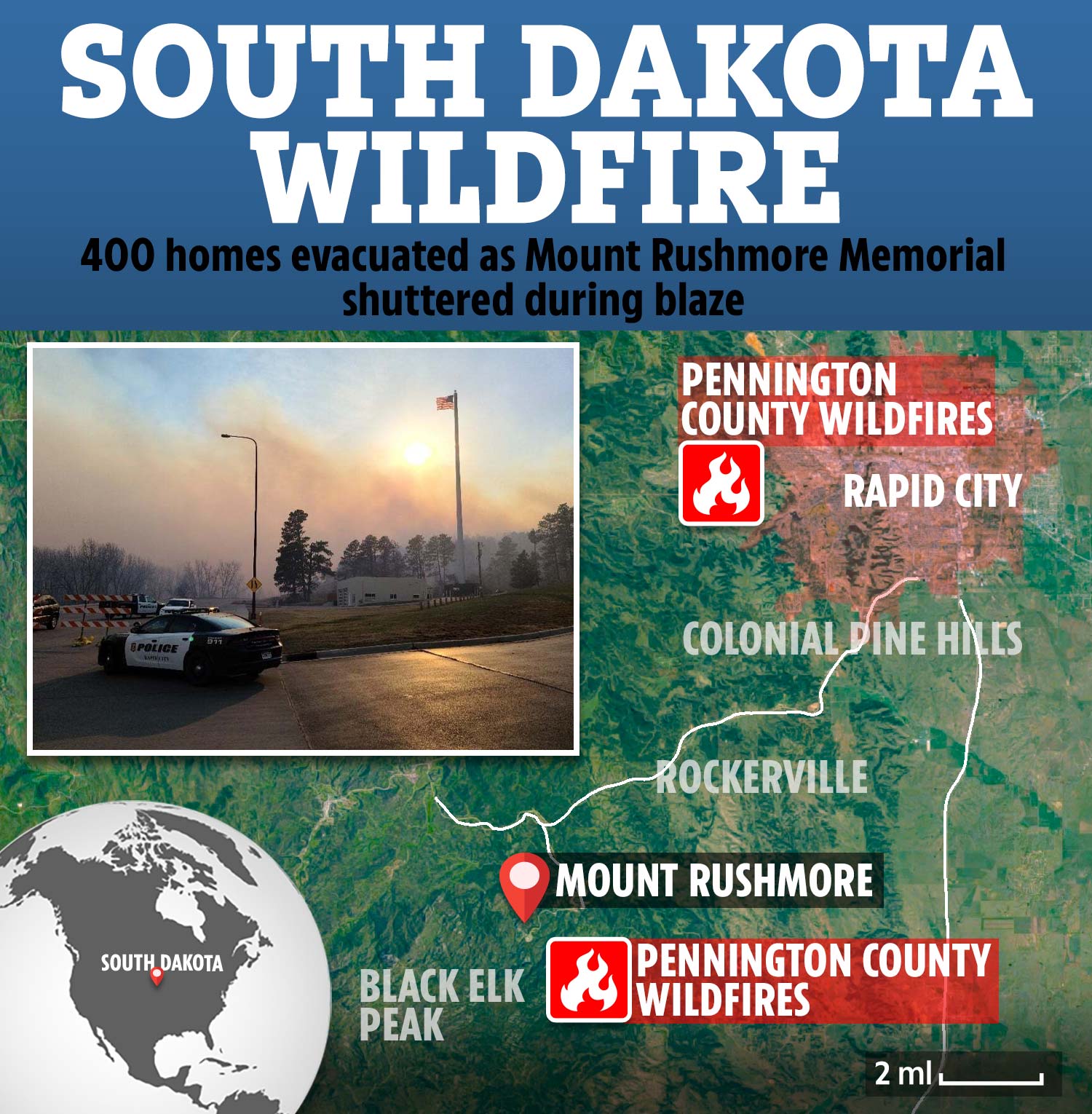 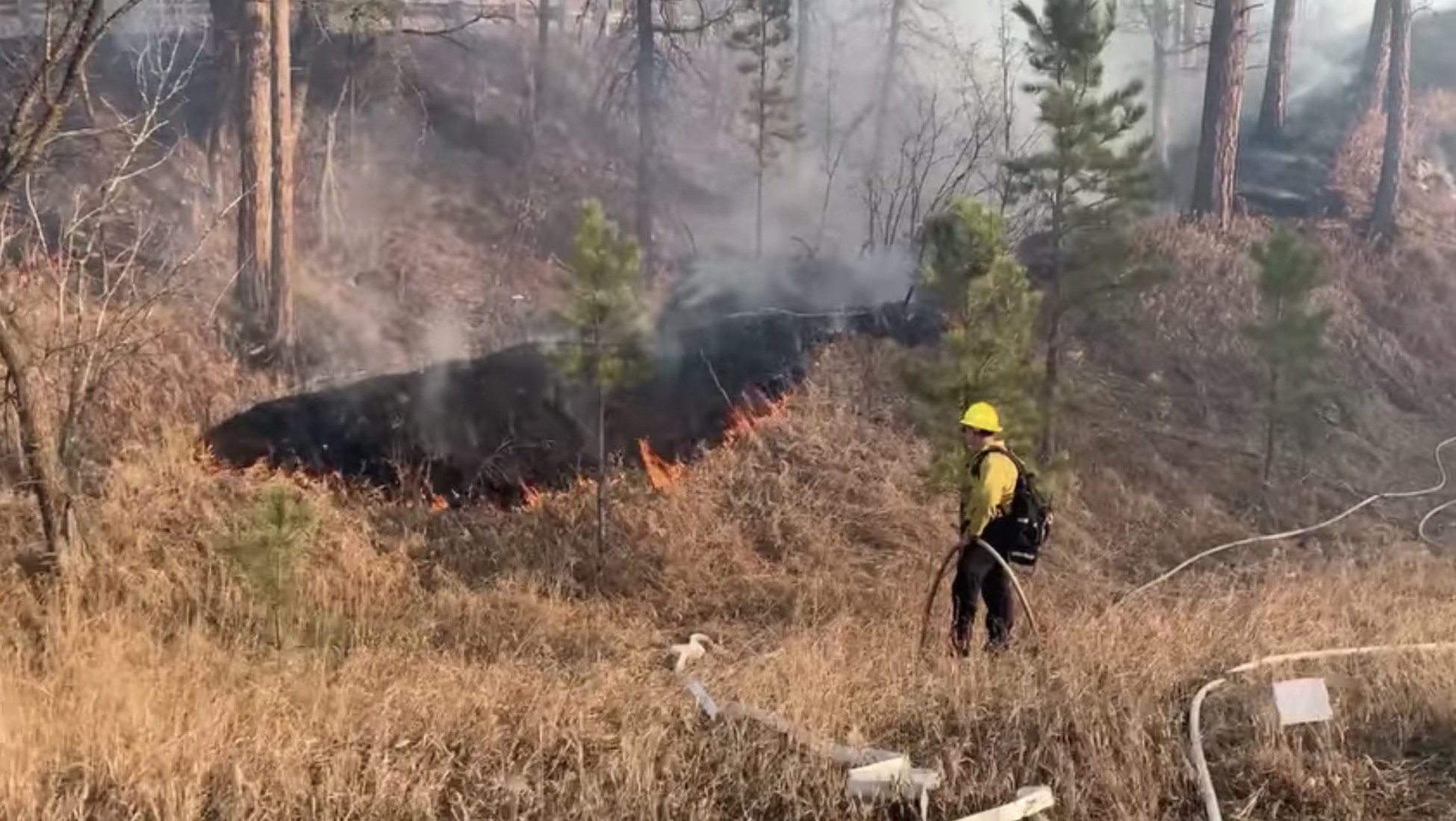 Several outbuildings and at least one home have been destroyed, the Pennington County Sheriff's Office said in a Facebook post.

No injuries or deaths have yet been reported.

As of early Tuesday, the fire had charred around 1,900 acres and was "still moving", firefighters said.

Noem said “there have been losses and that is tragic.”

The Sheriff’s Department warned earlier that it was a “very active and dangerous scene.” 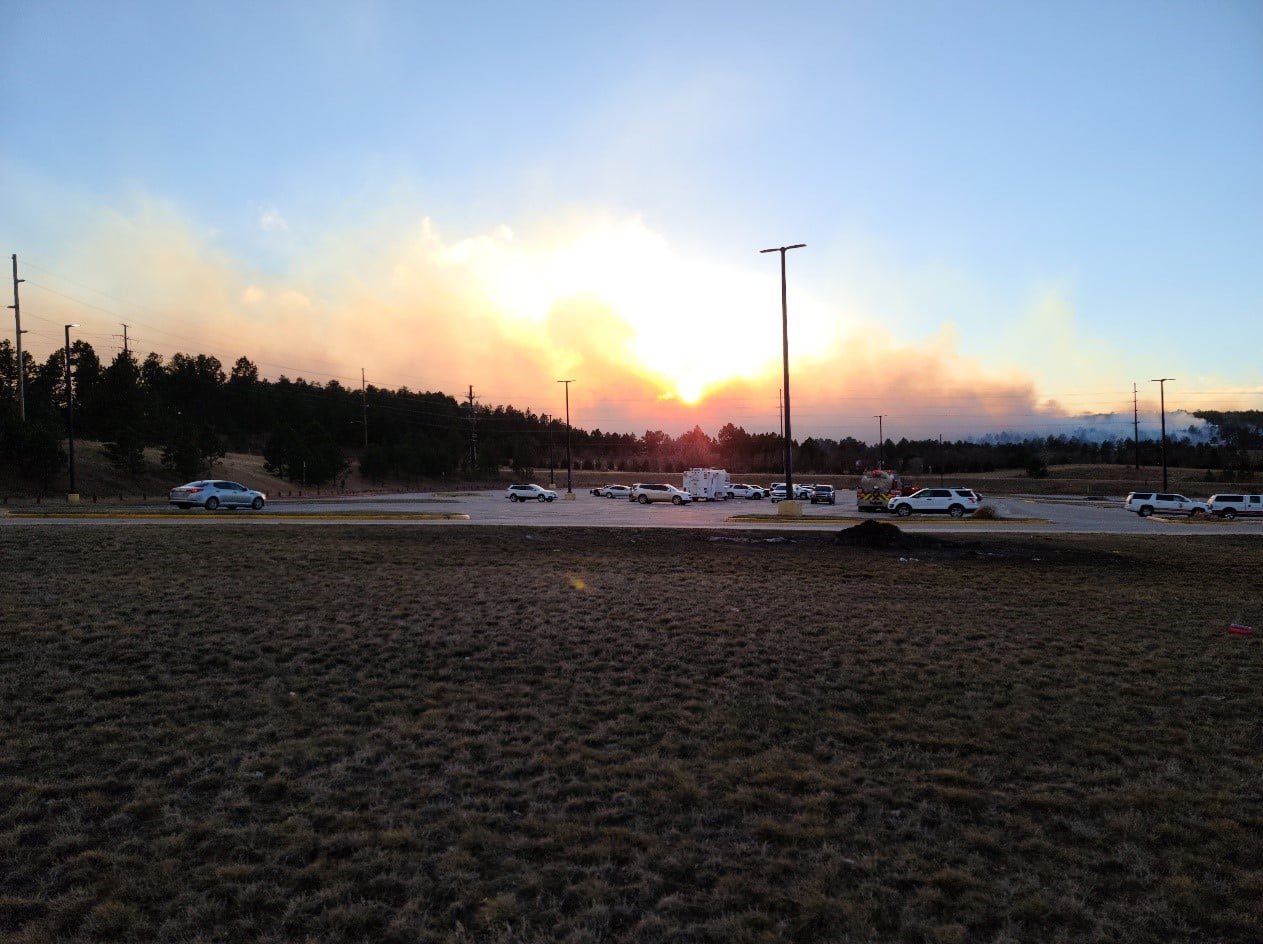 About 250 firefighters were battling the blaze on what was a windy Monday afternoon, where gusts have ranged from around 50 mph to 72 mph, the Rapid City Journal reported.

Evacuations are in place through multiple subdivisions in the area, encompassing between 400 and 500 homes, Powell said.

Numerous roads have also been closed.

The dangerous, dry and windy weather conditions have made it harder the firefighters to combat the flames.

"We are at record-dry conditions along with high winds playing a major factor in this fight," Jay Esperance, the division director for South Dakota Wildland Fire, said in a statement on Monday. 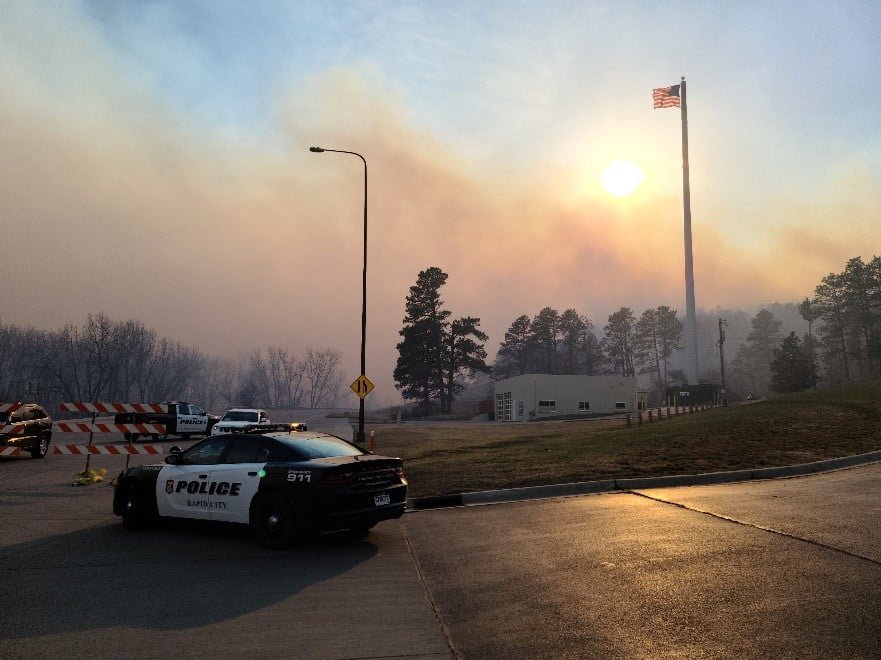 Two additional blazes were burning southwest of Rapid City, near Keystone, with one covering an estimated 75 acres and the other 20 acres.

They have been dubbed the 244 Fire and the Keystone Fire respectively.

The blazes have caused Mount Rushmore National Memorial to close through at least Wednesday, as well as surrounding roads.

"Fire officials request that people from the public to please stay away from the area and allow firefighters to do their work," the sheriff's office said.

Gov. Noem, meanwhile, said that no businesses are being threatened by the fires at this time.

"I do want to remind everybody that this is an incredibly fluid situation," she said during a press conference.

"That these winds are a major factor and that as they shift and change and we get those gusts, that's when the can jump and we're going to have to stay pretty mobile."