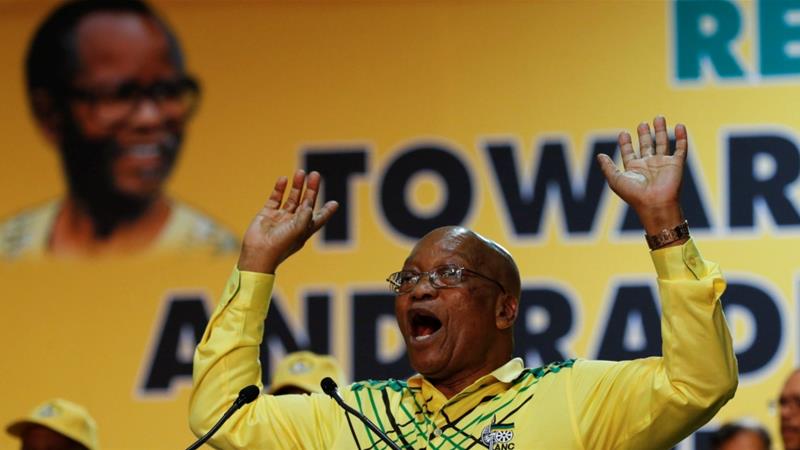 National broadcaster eNCA has reported that the ANC’s National Executive Committee (NEC) had resolved on Friday to ask President Jacob Zuma to resign and that, if he refused, he would be forced to step down by the party’s six-strong leadership group.

The station reported the comments on Saturday but did not name its sources.

South Africa’s ruling party, the African National Congress (ANC), declined to comment on a report about plans to force Zuma to quit as president, as its leaders gather to outline the party’s program for the coming year.

Zuma’s second presidential term is due to run until 2019. The newly elected NEC made no mention of his possible early exit in a statement it issued after meeting for the first time on Thursday and Friday under the party’s new leader, Cyril Ramaphosa.

Asked about the reports that Zuma would be asked to resign, an ANC spokeswoman said: “We can’t confirm rumours of things that we don’t know. The NEC has issued a statement on the totality of discussions yesterday.”

Zuma’s presidency has been tainted by a series of corruption allegations, all of which he denies.

He retains the support of one part of the ANC leadership, but many others in the party argue that he has tarnished the image of Africa’s oldest liberation movement. While he has been in office, the economy has also slowed to a near-standstill.

Ramaphosa succeeded Zuma as ANC head last month, making him likely to replace Zuma as the country’s next president.

The party’s Secretary-General Ace Magashule said on Thursday that Zuma’s early removal as head of state was not on the agenda of the NEC meeting, which runs until Sunday.

But in recent days Ramaphosa has gone on the offensive against companies controlled by the Gupta family, businessmen and friends of Zuma, accused of unduly using political connections to win work with the state.

They deny all wrongdoing.

This has fueled speculation that the new ANC leader and his allies are moving to lobby support for Zuma’s removal.

In its statement following the first half of the meeting, the NEC said officials led by ANC President Ramaphosa “will continue their engagement with President Jacob Zuma to ensure effective coordination between the ANC and government”.

Markets have rallied since Ramaphosa’s election as ANC leader in December, as investors have warmed to his promises to root out corruption and kick-start economic growth.

Any sign that Zuma could step down before his second presidential term ends in 2019, has tended to lift South African assets.